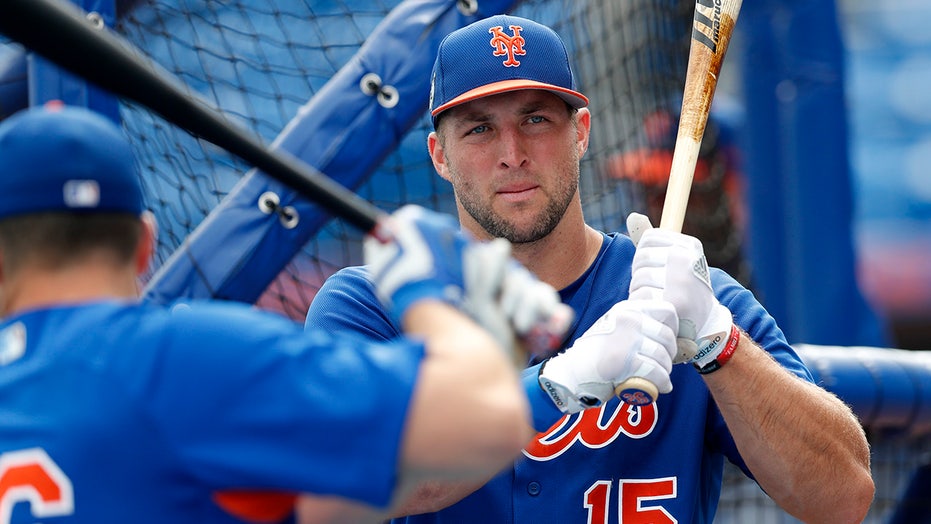 The Jacksonville Jaguars are reportedly still in a holding pattern when it comes to Tim Tebow.

The Jaguars made waves before the NFL Draft when it was revealed the team worked Tebow out at a new position – tight end. Tebow had reportedly been against switching positions during his short-lived NFL career and wanted to continue to pursue a roster spot as a quarterback.

NBC Sports’ Peter King revealed Monday the team wants to evaluate fifth-round pick tight end Luke Farrell at the position before deciding on whether to bring in Tebow. The team is hosting rookie minicamp this weekend.

Jaguars team co-owner Tony Khan confirmed in an interview with Bleacher Report recently the organization was looking at the 33-year-old.

JAGUARS WILL FOCUS ON TIM TEBOW AFTER THE NFL DRAFT, GM SAYS

“Obviously, Urban (Meyer) knows Tim really well, and Tim has got a great history of winning,” Khan said, referriing to the Jaguars’ new head coach and Tebow’s college coach at Florida. “Urban really believes he can help us, and I think it makes a lot of sense. And it’s a position where we need to get better.”

Tebow has not appeared in a professional football game since 2012 with the New York Jets. He briefly signed with the New England Patriots and the Philadelphia Eagles before stepping away from football.

Tebow played in 35 games in the NFL. He won one playoff game with the Denver Broncos. He had 2,422 career passing yards and 17 passing touchdowns. He also had 989 rushing yards and 12 rushing touchdowns over the course of his career.

From 2016 to 2019, he played in the New York Mets organization but failed to make the major league roster. The career change from football to baseball started out in the Arizona Fall League and Tebow made it all the way to Triple-A — the top tier of minor league baseball. Injuries cut his baseball career short.

Tebow said late last year he would still pursue his baseball dream but formally announced his retirement in February.