Home » Lifestyle » Jamie Lynn Spears Is Getting Called Out By Fans. Heres Why.

Jamie Lynn Spears Is Getting Called Out By Fans. Heres Why.

Britney Spears appeared in court on June 23 to speak to a judge about the conservatorship she’s been under since 2008. She delivered an impassioned speech comparing the way she was forced to work against her wishes with the work of people who are being sex trafficked, per Variety.

In her testimony, Spears said, “The people who did this to me should not be able to walk away so easily. To recap: I was on tour in 2018. I was forced to: my management said if I don’t do this tour, I will have to find an attorney. My own management could sue me if I didn’t follow through with the tour. He handed me a sheet of paper as I got off the stage in Vegas and said I had to sign it. It was very threatening and scary. And with the conservatorship, I couldn’t even get my own attorney. So out of fear, I went ahead and I did the work.”

She went on to say she was forced into the next Vegas residency (that was canceled), even though she made it clear she was exhausted. Spears detailed how she was forced off her regular meds, put on lithium against her will, and forced into a $60,000-per-month rehab by her father (via Variety). She said, “I just want my life back. And it’s been 13 years. And it’s enough. It’s been a long time since I’ve owned my money.”

So why are her fans going after her sister, Jamie Lynn Spears? Find out when you keep reading.

Britney Spears said her family didn't do anything to help her 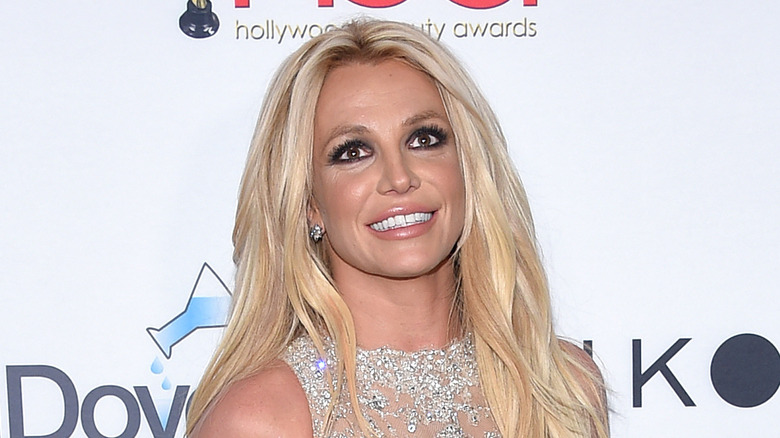 Britney Spears said at her conservatorship hearing, “Not only did my family not do a godd*mn thing, my dad was all for it. Anything that happened to me had to be approved by my dad … He was the one who approved all of it. My whole family did nothing,” per Variety.

On Twitter, #TeamBritney has it out for her sister, Jamie Lynn Spears. One Twitter user wrote, “I’m so mad cause Britney stood up for Jamie Lynn Spears their whole life just for that btch to be silent and go along with what their dad is doing to Britney.”

Another wrote, “u will always be known as Britney’s untalented sister.” This person pointed out that Jamie Lynn is close to her dad and said, “She’s partially responsible for Britney’s conservatorship being ongoing because she hasn’t spoken out in defense of her and according to Britney herself her family have lied about her and refuse to help her.”

In the end, the pop star’s own words from the hearing sum it up best, “All I want is to own my money … and for this to end… and for my boyfriend to be able to f*cking drive me in his car. And honestly … I want to be able to sue my family … I also would like to be able to share my story with the world, and what they did to me, instead of it being a hush-hush secret to benefit all of them.”