The artists collaborated to tell a single story with lush, stunning and incredibly steamy visuals across videos for “Pa Ti” and “Lonely.”

Jennifer Lopez and Maluma had a story to tell and it was too big for just one track, so they told it across two back-to-back music videos for one stunning nine-minute-long epic adventure.

The production values on what is effectively a short film are nothing short of stunning, and even though the vast majority of the lyrics of both songs used for the film, “Pa Ti” and “Lonely” are in Spanish, non-Spanish speaking fans will have no problem following the story. 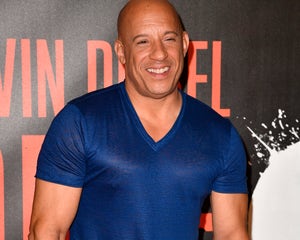 To help them along right at the top, we heard a news audio clip reporting that “not one of the executives has been charged and that has to change.” A few moments later, we saw a newspaper headline reading “Billionaire Under Investigation.”

Said billionaire is none other than our very own J.Lo, while Maluma is seen living under much more meager means and opening the door for her at her mansion as her driver. But that’s only what we know within the first few minutes.

There are several twists and turns along the way, and while the story itself is well told, it never lets up on the incredibly hot chemistry between its two leads, nor does it back away from proving that J.Lo can get it!

Seriously, she has two major dance breakdowns — one for each individual song — and both are stunningly choreographed and presented. The second one had us fanning ourselves before she was halfway through.

15 Famous Exes Who Still Worked Together After Their Split

Without giving away anything about the plot of the two-track saga, we will say that J.Lo gets to enjoy some incredible wardrobe changes throughout the story and she slays in every single thing she puts on.

We’ll call this a practice run of the on-screen presence and chemistry between Jennifer Lopez and Maluma, and an incredibly successful one. They’ll be looking to light up the screen again when they co-star in the romantic comedy film “Marry Me” alongside Owen Wilson and Sarah Silverman.

For now, carve out nine minutes of your day to go on one of the wildest adventures ever put to song in the clip above. Repeated viewings should be enough to tide hardcore fans until the film’s release in February 2021.