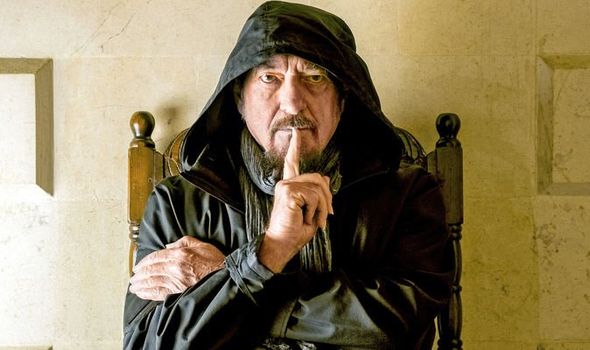 “My level of fame is nothing compared to my son-in-law’s,” the progressive rock legend tells me. He means Andrew Lincoln, the English actor best known as Rick Grimes in TV zombie thriller The Walking Dead, who married his daughter Gael in 2006. “I’ve been an interested observer of his career,” Ian continues. “You see how fame affects someone’s life. You’re no longer a private person; in public places, streets and restaurants, you become fair game.

“He’s very patient and friendly with people who want selfies and autographs even when it gets embarrassing. Luckily where they live there’s no intrusion. He doesn’t get zombie fans at his front door.”

Ian, 73 – fondly remembered for wearing a cod-piece on stage and standing on one leg to play the flute – has experienced worse.

“When I’d become reasonably well-known, we had some very undesirable people turning up at our house,” he says. “People with criminal records; they were quite threatening to my wife and our son and daughter. We’re fortunate, our local media don’t draw attention to where we live now, and local folk respect our privacy too.”

Ian married second wife Shona, a former PR and the cousin of the Duchess of Rutland, in 1976.

“My wife doesn’t like towns; she likes Waitrose in Cirencester,” he grins. “I’m a public transport guy, she isn’t. The highlight of our week at the moment is getting masked and gelled and heading to Waitrose for the grocery shopping.” 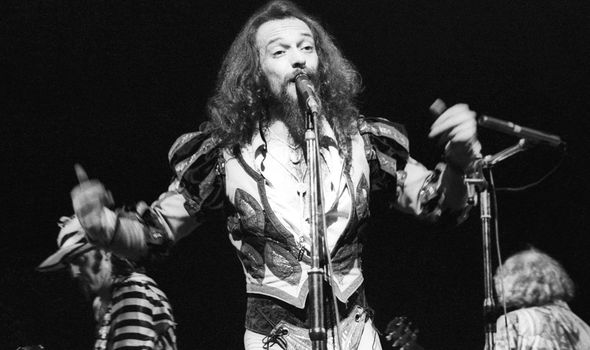 Jethro Tull, who took their name from a radical 17th-century agricultural pioneer, have released 21 studio albums in their 53-year career, including 1971’s multiplatinum Aqualung. Two of their singles, Living In The Past and The Witch’s Promise, went Top 5.

Ian, the only constant member, still gets mobbed at venues and events.
“I don’t mind selfies as long as people know how to work their cameras. I don’t mind signing either but I draw the line when people turn up with their record collection and expect you to sign the lot in the rain…”

Encounters with the public can be risky. He had a pint of urine tipped over his head – possibly by a flute-ophobe – as he waited to play New York’s Shea Stadium, and had to perform “stinking of another man’s pee”.

Dunfermline-born Ian estimates he has performed fan favourites such as Locomotive Breath live more than 3,800 times.

Tull’s first gig was at London’s Marquee Club in 1968. Ian’s bug-eyed stage persona quickly caught attention. The one-legged flute-playing was unplanned, though. “I used to play the harmonica on one leg and the flute on two, but after a reviewer wrote that I played the flute on one leg, I dutifully started to do it and it stuck,” he chuckles. 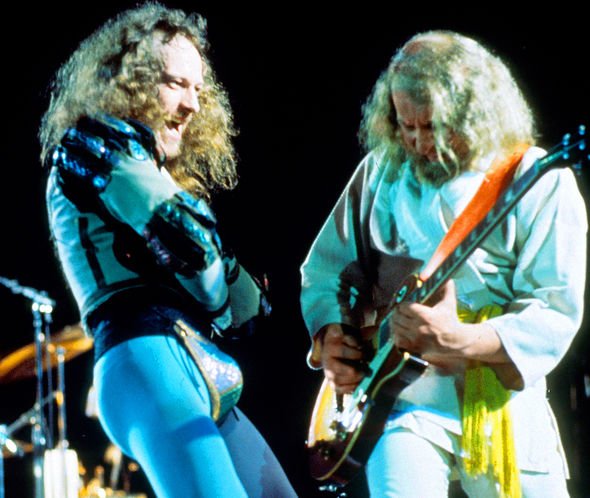 “I play naked under the cod-piece… I’ve had to replace it several times. I had a collection but they’ve all gone. They were in a drawer until about 10 years ago
and have mysteriously disappeared. My wife denies any involvement…

“My rather sexy stage tights vanished too – and they were designed for me by the costumier of the Royal Ballet.”

He has no memorabilia at home. “I’ve had gold albums and other material demonstrations of your greatness, but they’re not something I need to see every day. They’ve mostly gone to charity auctions.

“I regret not having the old overcoat my father gave me. It was stolen from our dressing room in Detroit on our first US tour in 1969.”

One of his stage outfits is on display in the Rock and Roll Hall Of Fame “on a mannequin of me next to one of Rod Stewart”, he grumbles. “I don’t know if they shrink the clothes when they clean them but we look like two very tiny men! It makes us look shorter than Keith Richards.” At 5ft 10in, Ian is two inches taller.

As a child growing up in Blackpool, Ian wanted to become a fighter pilot “then reality prevailed and I realised I wasn’t made of that heroic stuff, although I did try and enrol as a police cadet. 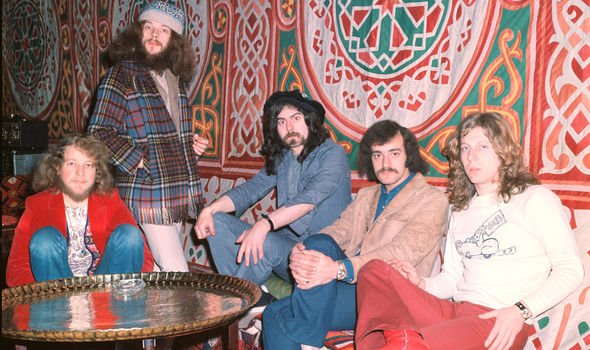 They were interested until I told them I had O-levels. Just as well, as I have sensitive skin and those rough trousers would have chaffed, and I’d have had to be excused boots.”

He tried journalism too “but the Blackpool Gazette showed me the door”.

Ian accepts the “prog rock” tag reluctantly. “Prog isn’t a term I use, because it became synonymous with bombast and indulgence after 1972 with Peter Gabriel dressed as a giant sunflower… it became a little bit silly. I considered us to be progressive rock.”

His songs are complex with odd time signatures and folky harmonies. Some are self-mocking, others address social issues, but he says “I’m singing as the character, not myself – much as in the thespian world, the singer has to take on roles too. Too many make it all about themselves, we’re supposed to be interested in their grotty lives.”

The fruits of Ian’s labours include an 18th-century estate largely set in 500 rolling acres of woodland. 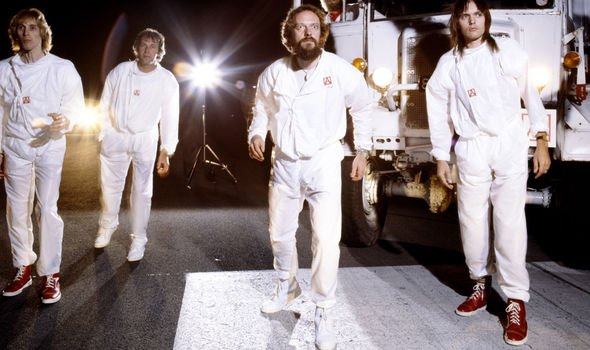 His most unusual possession is a handgun from a James Bond film – “a Walther P88 with the serial number 007 and a horrible trigger pull”.

Ian has performed at the world’s most prestigious venues, from Carnegie Hall to historic amphitheatres, and plays fund-raising Christmas shows in churches and cathedrals to help restoration work.

Bradford Cathedral has the best acoustics, he says but “St Paul’s and Liverpool aren’t workable, the architects should have been shot”.

He has 64 concerts scheduled for this year “which could happen – including an outdoor show in summer and a UK tour in September”.

He’s used lockdown to complete his first official lyric book, Silent Singing (out in July) and to play remotely on albums by Yes’s Jon Anderson (no relation) and Marc Almond.

Ian will work with unknown artists too. “If it’s out of my comfort zone I’ll do it. I like to be challenged even if it’s not my cup of tea.

He once played on William Shatner’s spoken word Christmas album. “I groaned but I made myself get into the Christmas spirit… in June.” Billy Gibbons and Iggy Pop were drafted in too, “like me, they were Star Trek fans”.

Not seeing his grandchildren in lockdown gets him down. “We occasionally see them through the window – that’s about it. Grandchildren get so much older by the day; we seem to have missed a great chunk of their lives.”

But Covid rules are no hardship. “I’ve had a face mask in my luggage for 15 years,” he says. “I never leave home without them, and hand gel and sanitiser. I’m a hygiene nerd being a flute player. One of the worst things is sticky fingers on a flute; anything greasy and sticky will ultimately not work properly.”

The Andersons have had their first vaccine shots.

“I like to take it on the chin and accept we’ll have to pay some price in future and be more vigilant,” he says.

“Like most people, I set my sights lower and realised things weren’t going to get better quickly. We got used to disappointment without lowering our inveterate optimism.”

● Jethro Tull’s album A (The 40th Anniversary Edition) is on sale from. For tour dates see jethrotull.com