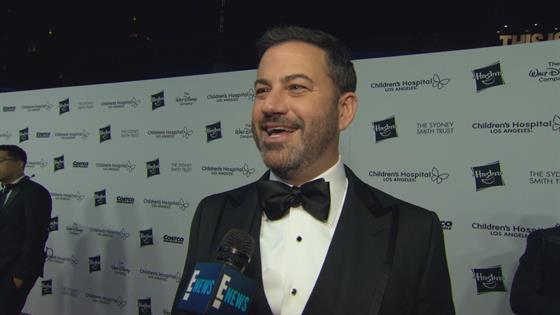 Jimmy Kimmel just gave us the most dramatic reveal in all of Bachelor history.

While answering fan questions on Sunday’s at-home episode of Watch What Happens Live, the late night host was asked to weigh in on his most “boring” Jimmy Kimmel Live interview with a member of the Bachelor Nation.

Stuck on the question, he asked his wife Molly McNearney, who was hanging out off-camera, for help. “The most boring Bachelor contestant I’ve ever interviewed on the show,” he pondered with host Andy Cohen. “Molly, what do you think? Molly says the soccer player.” Fans of the hit ABC series know that she was referring to Juan Pablo Galavis, who handed out roses on season 18 of The Bachelor back in 2014.

It’s also common knowledge that Jimmy is one of the Bachelor Nation’s biggest fans. Throughout the years, he has made his love of The Bachelor franchise vocal on Jimmy Kimmel Live and enjoys sharing his predictions on who will win with viewers.

During his virtual WWHL visit, fans were curious to know more behind-the-scenes details from Jimmy Kimmel Live. Another fan asked him to recall any “Well that went south fast” interview moments and without any hesitation, Jimmy quipped, “Yeah, almost every night.”

“Many, many of them. Ideally, people watching the show don’t notice but it happens,” he continued. “I mean, sometimes, there’s, like, some big story, as you know, you’re expecting somebody to get into and you’ll be like, ‘So, I understand you went—you just got back from Hawaii.’ And they’ll be like, ‘No.’ Like, alright. Aloha, then.”

Switching gears, Andy was curious to know if Jimmy would ever consider starring in a cooking show of his own based on the culinary creations he’s been serving up while practicing social distancing.

“You know, it’s funny. I’m pretty good. I make things and people seem to like them, but I have unorthodox methodology,” Jimmy explained. “After I posted a video making ‘pasta tina,’ which is something I make for my kids, people are like, ‘You’re gonna set the kitchen on fire. What you did was unsafe. You shouldn’t be doing this. You shouldn’t be doing that.’ There’s a lot of different criticisms and I’m not interested in them, to be honest”

He added, “I haven’t burned the house down yet, and I don’t plan to.”