WE’VE been treated to amazing performances from many of the worlds best DJs streamed live online during the pandemic and John Digweed’s Bunker Sessions have been at the forefront of this. 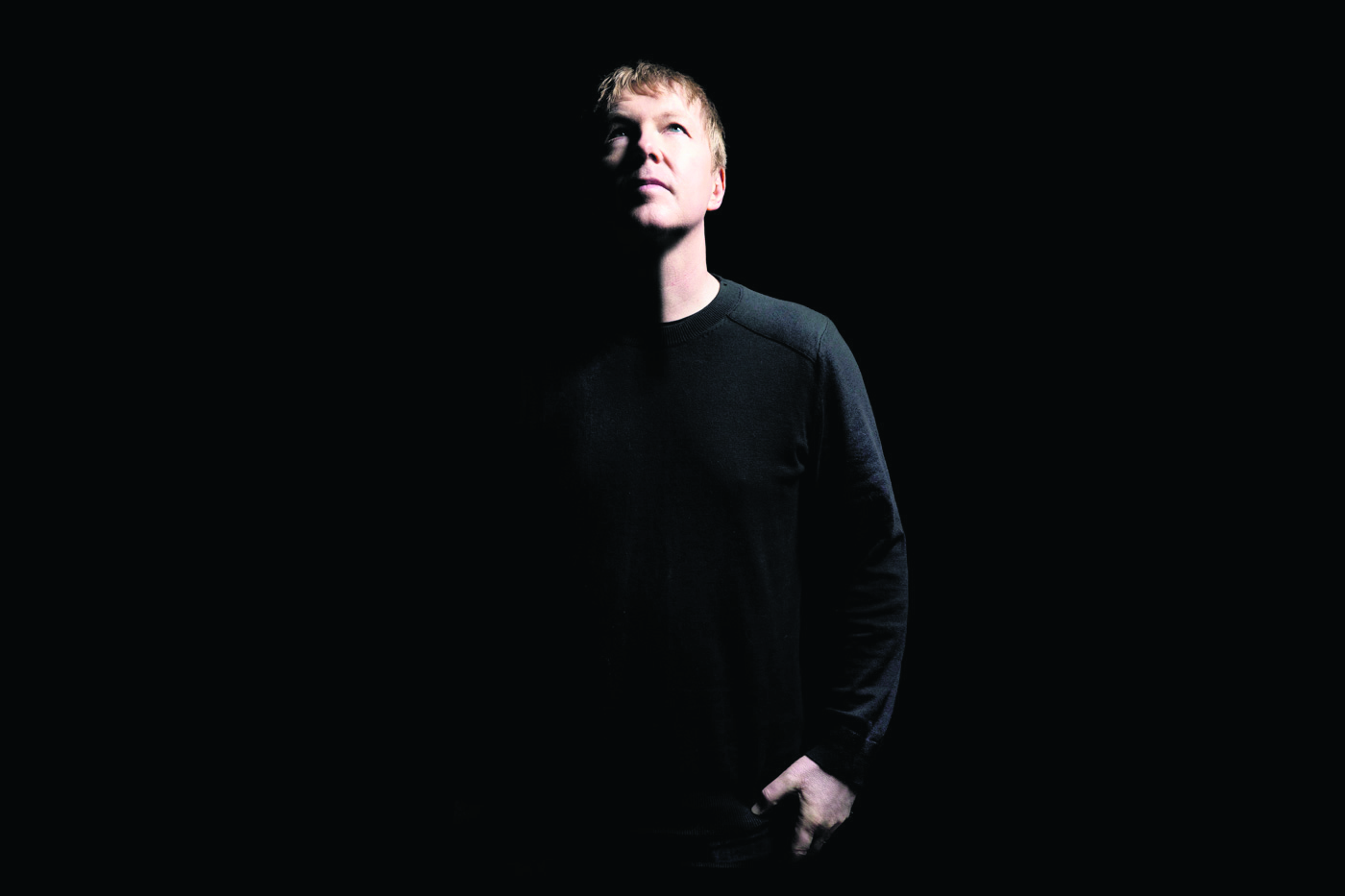 The hugely popular live stream marked the first anniversary last weekend and even though things look like they will be opening up for live music soon the Bunker Session streams on Mixcloud look set to continue as a regular fixture alongside John’s weekly Transitions radio show.

While the world was on hold, John Digweed seized the opportunity to harvest the second iteration of his widely successful 2020 4-disc album compilation, Quattro. After receiving an overwhelmingly positive reaction to its predecessor last April, Digweed decided it was time to call upon some of his favourite producers and start working on the 2nd edition. The result? 50 stunning brand-new and never before heard productions. 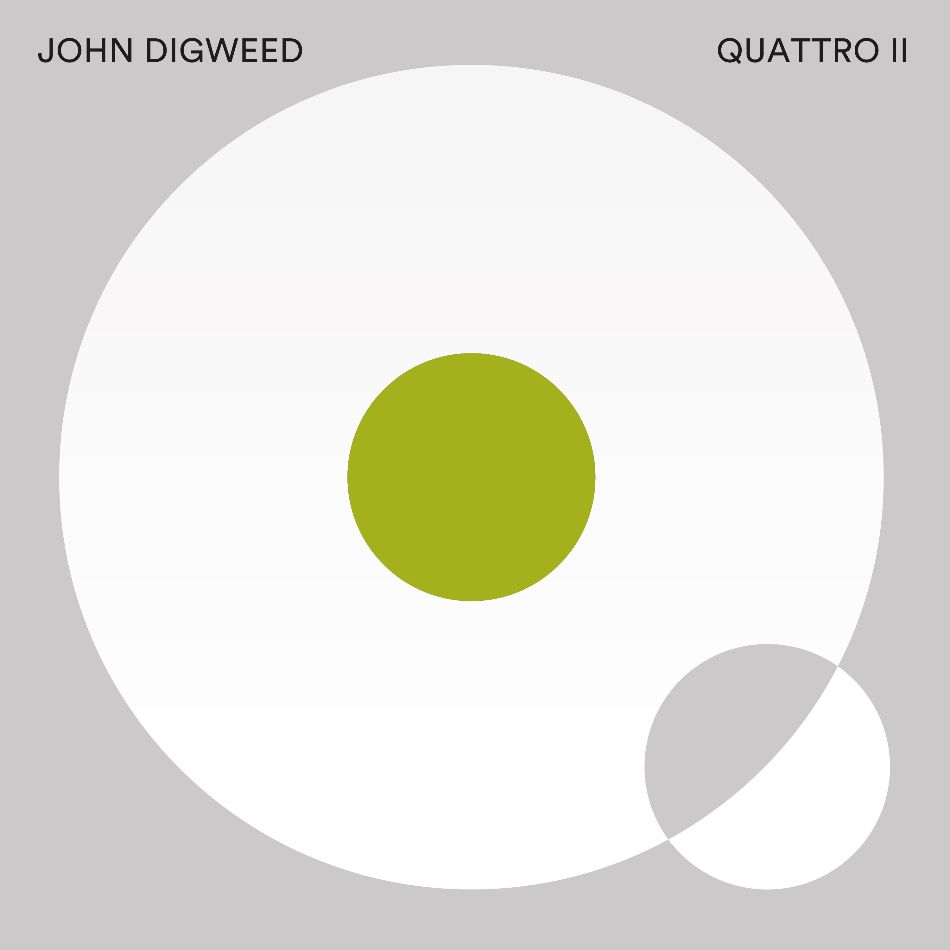 Following the same formula as the Quattro, this second album is divided into four parts – Soundscape, Tempo, Redux, and Juxtaposition – each of which boasts a finely curated and exclusive selection of new tracks. John hands the controls to long-time friend and German engineering master Robert Babicz for the fourth part. Juxtaposition features a 12-track original album packed to the brim with futuristic electronica and rich, vivid ambient textures.

Quattro II is now available now via Bandcamp, Spotify, CD, and Vinyl via Bedrock Records or head to John's website.

We caught up with John this week to talk about the last year, Bunker, Bedrock, Transitions and the  second instalment of his Quattro compilation series which is out now. He also talked us through a playlist of ten of his favourite tracks from across the three Quattro II mixes which you can read and listen to after the interview.

Streaming technology has played a big part in helping DJs keep in touch with their fans during the pandemic. Do you think live streaming will continue to play a big role for artists once things get back to something approaching normal?

The technology has improved so much in the last 10 months, which has enabled artists and DJs to have setups at home and broadcast to their worldwide fan base. I am sure that these online communities that have been nurtured during lockdown will still be treated to the odd stream here and there for sure. As an artist, you can’t play in every country every weekend so giving fans around the world a stream allows you to stay in touch with them and promote up-and-coming projects you might have. 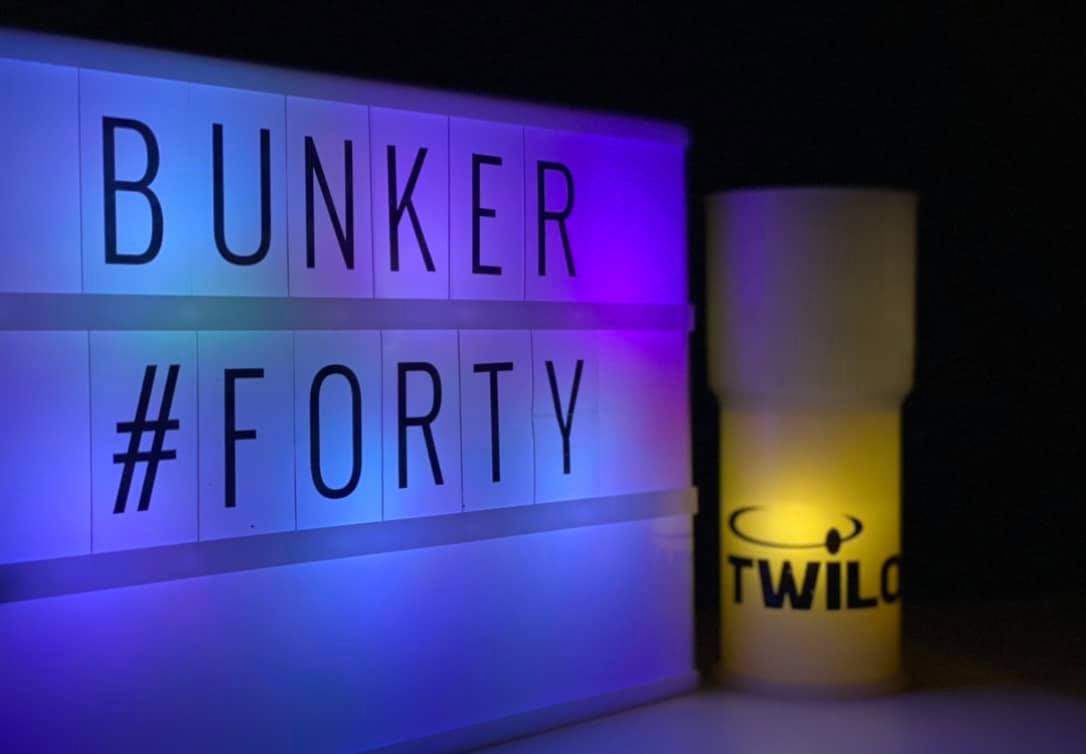 Will you continue with your live Bunker Sessions or just revert back to doing Transitions only when you are back to touring? Has the lockdown changed your outlook in any way in terms of time you spend touring?

I think we are still quite a way off resuming touring how we did before Covid so I’m keeping an open mind on how things will be and how clubs and festivals might be moving forward. I am hopeful of a return to how things used to be but also conscious that might it take a while for things to get back to normal. The reaction to my Bunker streams that started so organically has been incredible. As we mark the 1st year anniversary, there is a huge catalogue of my mixes that cover nearly 80 hours’ worth of music available on my Mixcloud.  I don’t think the Bunker streams are going away just yet.

Streaming was nothing new of course before our enforced time at home but do you think this time has accelerated the evolution of live streaming?

Of course. Also, the live chat features on streaming platforms have allowed people to chat, connect, and be involved as streams are happening, giving fans a sense of the community in these lockdown times. Improved platforms and setups have allowed these streams to work and flow so much better than before and are constantly improving all the time.

One of the most important things for me is that artists and fans support platforms that pay for the music that artists play on their streams. Mixcloud is one of the few platforms that worked hard to get a license in place that pays rights holders for their content used on streams and in the time where a lot of small artists are struggling, getting paid can give them an important lifeline. Some of the biggest platforms don’t pay any royalties to artists and also mute and block content, so if you are watching a stream and this happens don’t get frustrated with the DJ it’s the platform muting the streams as they don’t want to pay for playing copyrighted material. 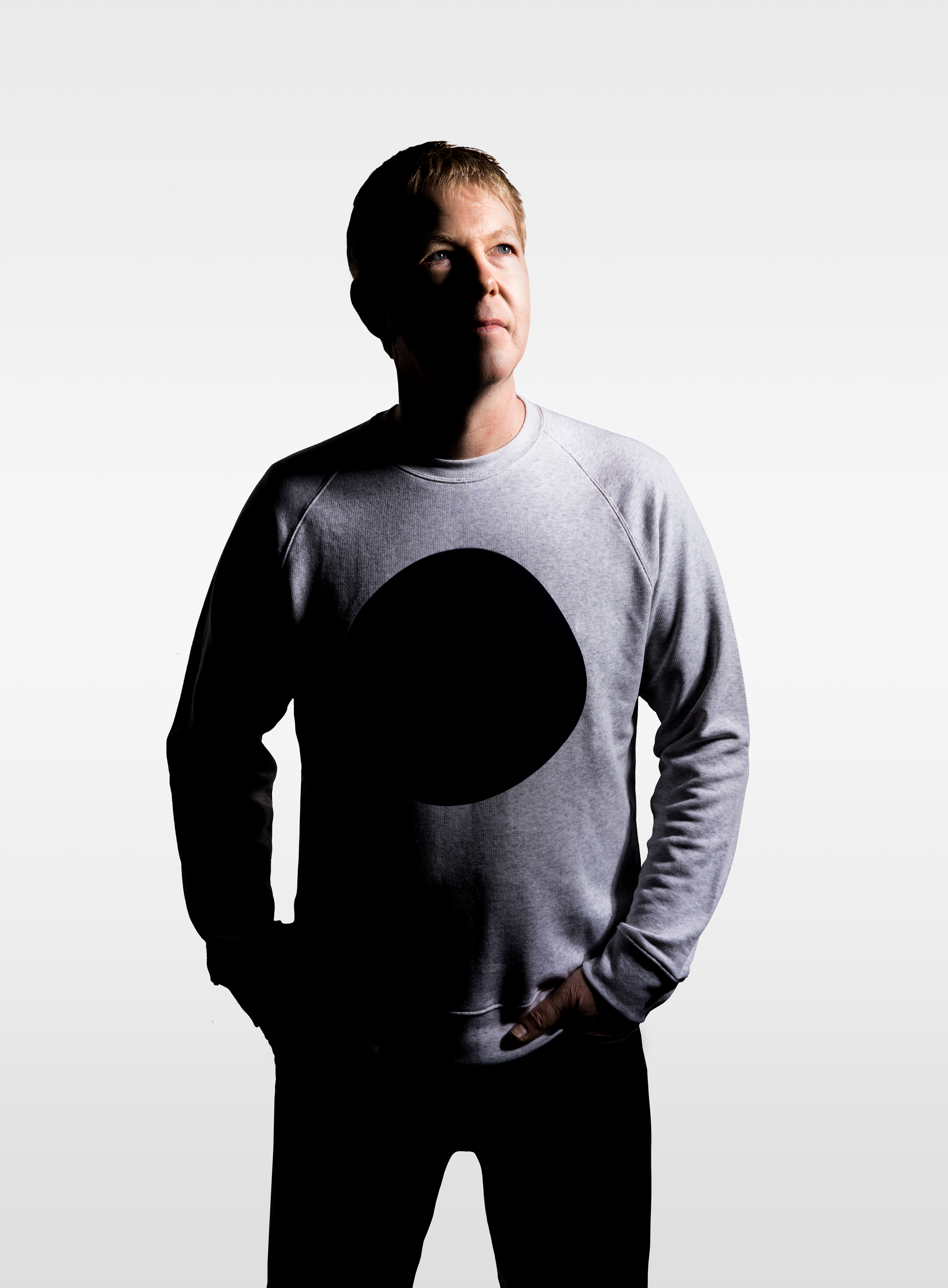 While the live events / music industry is one of the hardest hit by the pandemic, how well and how fast do you see it recovering once we can get back to it?

It’s going to be a long road for sure. It has been really sad to see so many people from the nightlife industry completely shut down and out of work for so long. Clubland is resilient and will work hard to build it back, but everyone will have to pull together and this will hopefully mean help from local councils and the government to give them the support that is so needed after being closed for so long. People are going to be so excited to be back on the dancefloor and socializing with their friends again, and this will be great news for an industry that relies on bringing people through the door to survive.

Quattro II is here. The amount of brand-new amazing music on this second edition is mind-boggling again. Can you tell me about the process of selecting the music across the 4 discs? It must have been very difficult not to give us a blast of some of this music on your shows?

I have some amazing contacts within this industry of new and established artists and when I reached out last summer the reaction was incredible. I was able to compile and mix this project a lot quicker than normal since I wasn’t touring and neither were any of the artists so changes and remixes were made quickly. I was following a similar vein to the first Quattro release so I knew I needed a certain amount of ambient, club, and remixes done for the project. Once I knew who I wanted to feature on the album it was all about waiting for the mixes to come in then start putting it together. 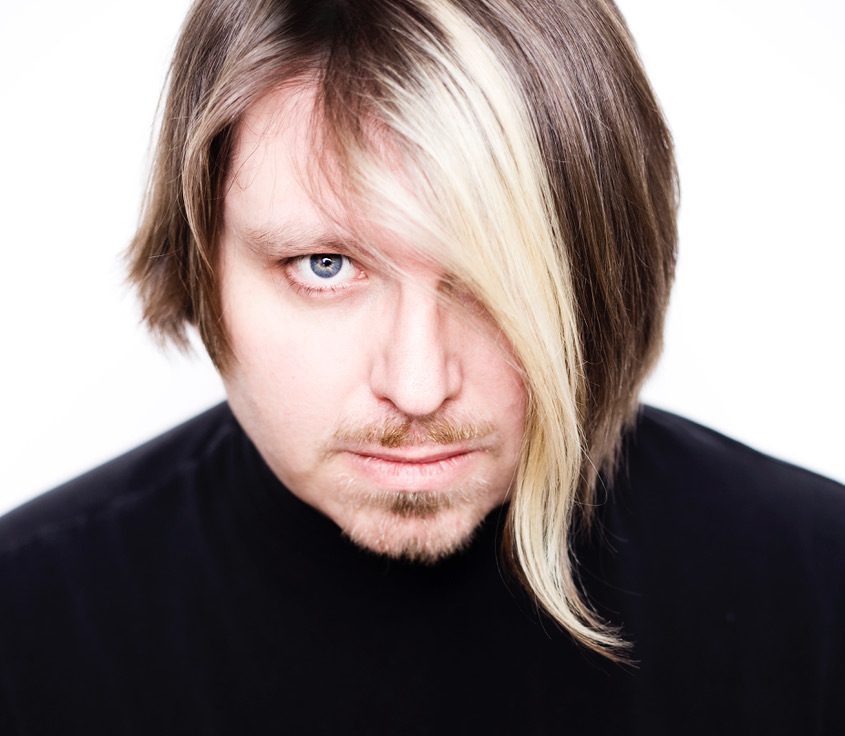 Robert Babicz is a firm favourite of ours and our ears are fresh from his recent album Utopia. This was an exciting surprise to hear him take the controls on disc 4. Why did you decide to hand the reigns to him for the Juxtaposition section? Can we expect further Quattro editions to welcome guest artists?

Nick Muir and I did the Juxtaposition mix for disc 4 of the first Quattro, and the style of the CD is to go a bit more weird, downtempo, and cinematic with its vibe. I’ve been a massive fan of Robert and his productions for many years and I knew he would be ideal for this project and he has delivered a masterpiece of electronica. And as for inviting other guests for future projects I am always looking for amazing artist productions so always watch this space with Bedrock.

Thanks for your time and compiling a playlist of stand out tracks for us from Quattro II.

All the best and hope to hear you from the dance floor again soon. 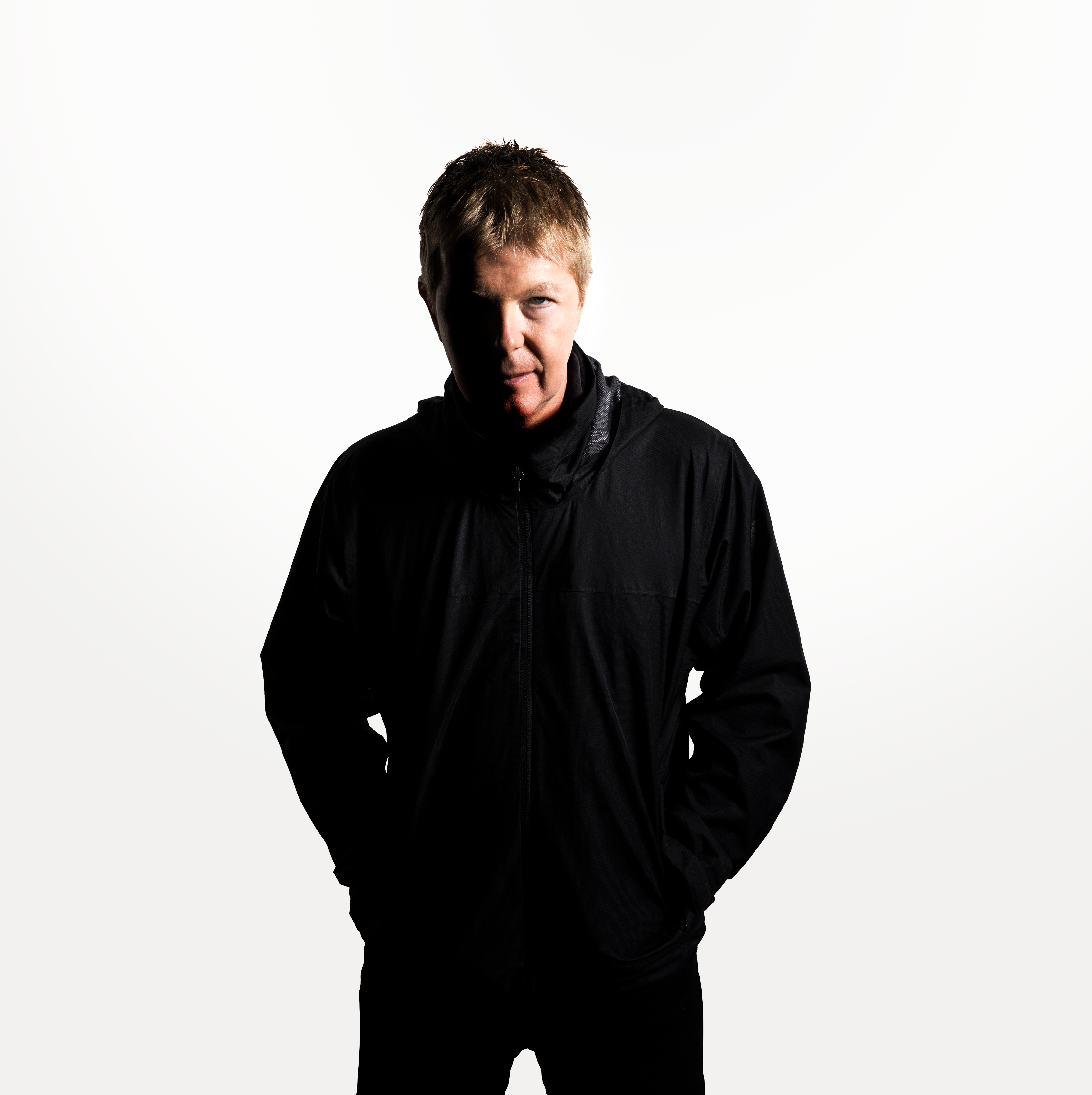 John Digweed's tracks to look out for on Quattro playlist

Satoshi delivered one of the biggest club tracks for Bedrock last year but unfortunately, I hardly got to play it for too many people in a club. He reworked the mix into an atmospheric beauty.

These 2 Spanish producers have been bubbling away with some incredible productions. They have a tripped-out Pink Floyd-type weirdness to their productions. Long Rain is a downtempo masterpiece.

This was a classic club track that Luke Brancaccio rediscovered and turned into a chilled and blissed-out version that sends a message of better times to come and when we're no longer stuck indoors and can leave and travel again.

This has a real hairs-on-the-back-of-your-neck style track. It is so emotional that the synths lines are spine-tingling. A real “close your eyes” moment for sure.

German techno legend and studio wizard Hannes is well known for his club productions but on this one he delivers a beautiful synth lead vocal track that melts into your head.

After delivering a very successful studio album for Bedrock a few years ago, Stelios has been very busy lately with some incredible club tracks and another studio album in the pipeline. Alone showcases Stelio’s amazing musical skills and ability to deliver lush ambient tracks.

Quivver – Nothing New to feel

Quivver is another artist that is hugely popular with the Bedrock fanbase since day one and his haunting vocals on this synth-laden track give the feeling that you have heard this track before in a film or TV as it is so beautiful.

Dave delivers a cinematic soundscape of lush synths and beats that will set your mind at ease.

Josh is usually known for his mind-bending acid peak time wobblers, but this time Josh delivers a downtempo atmospheric acid wash of ambient blissed-out beats, a great vibe, and mood changer for the Quattro II album.

Marc and Miki took on Nick and my legendary track from many moons ago and delivered an almost orchestral electronica version that is moody and emotional. It's a clever take on a huge club track in so many ways.