Missing his friend. John Mayer shared a heartfelt tribute after Bob Saget died at the age of 65.

“I love you, Bob. I will never forget you,” the singer, 44, wrote via Instagram on Monday, January 10. “I will visit you often in my memories, and I hope I get to see you in my dreams. I will tell my kids about you. I’m taking you with me forever. I love you, Bob.”

Saget was found dead in his Orlando, Florida, hotel room on Sunday, January 9. He is survived by his wife, Kelly Rizzo, and three daughters: Aubrey, Lara and Jennifer, whom he shares with ex-wife Sherri Kramer.

Mayer had a surprising friendship with the Full House alum, even attending the late comedian’s wedding to Rizzo, 42, in October 2018. The “Daughters” crooner’s presence caused a bit of confusion with Saget’s former costar John Stamos. 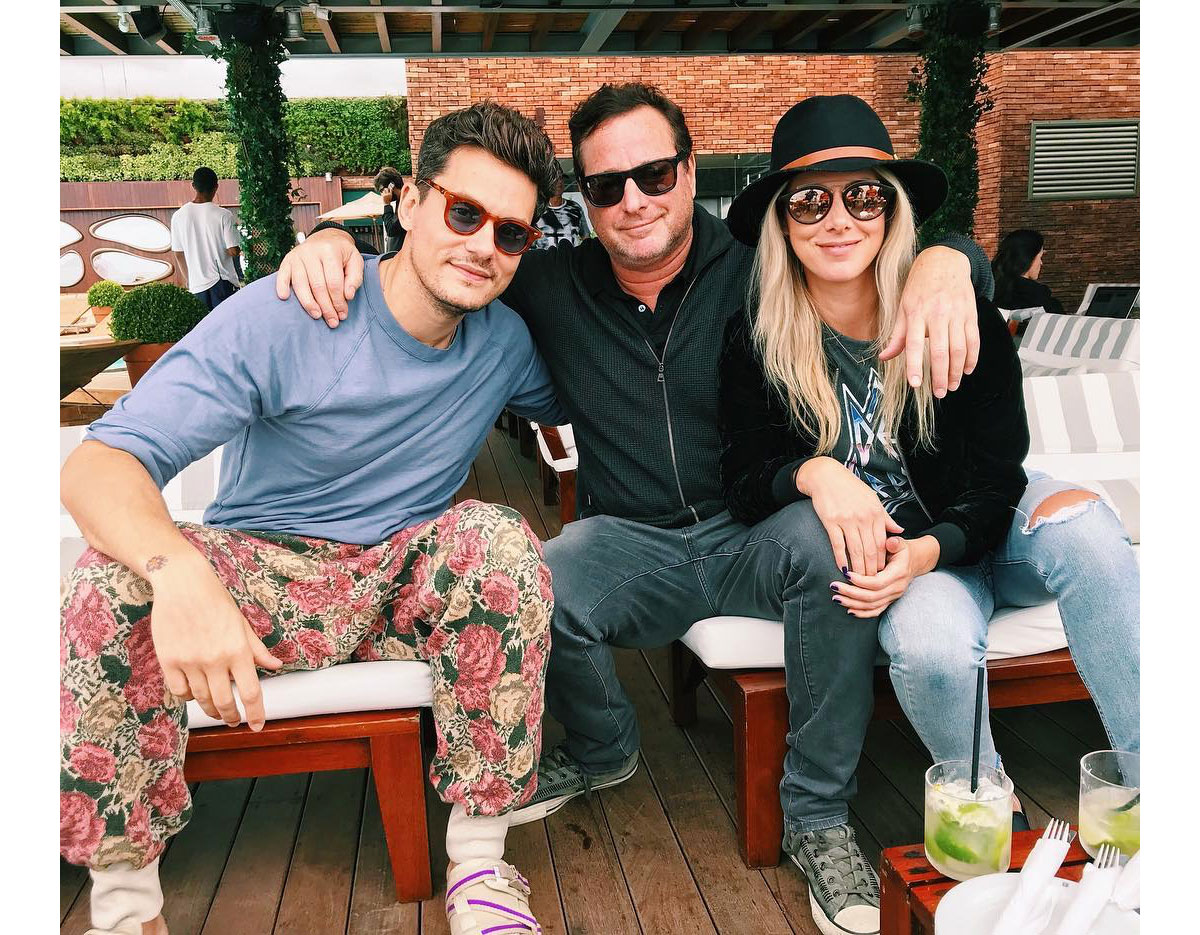 “I messed up with Stamos because he was going to give a speech, then Mayer jumped the shark and I didn’t know what to do,” the former America’s Funniest Home Videos host teased during an April 2019 interview on the “Chicks in the Office” podcast.

Following the wedding snafu, Saget proposed a way to patch things up with Stamos, 58. “I think the three of us need to go to dinner and just get this thing straightened out. It’s serious boy band drama,” he joked.

Saget had been close with the songwriter for several years. The twosome bonded when the Fuller House alum asked Mayer to do a stand-up performance during a benefit for scleroderma, an autoimmune condition that caused one of Saget’s sisters’ deaths. In May 2018, the Grammy winner honored his pal with a special birthday tribute.

“Happy Birthday to my dear friend @bobsaget,” the Connecticut native wrote in a Facebook post alongside a black-and-white photo of Saget. “Here’s some things to know about Bob. Bob is a comic. And a poet. And he’s a bluesman. He has a uniquely strong bond with ‘life itself.’ He’s a warrior who has seen pain and loss, but somehow still understands that love and joy is the reason we’re kicking around on this planet. Bob Saget is an influencer; he reminds you to say ‘I love you’ more often, by way of his own telling you. Bob, you are a very, very, very special human being. I love you.”

Two years later, Saget referred to the musician as “one of the best guitarists alive” and “one of my dearest friends on this Earth” during a conversation on his “Bob Saget’s Here For You” podcast.

“He’s such a good person and such a loving person,” the actor gushed in May 2020. “He’s been there for me when I needed a good friend. … He’s done things that not many people can do.”

At the time, Saget reflected on his “wonderful love” for Mayer and his talent. “There’s so much range in what you do,” he told the “Heartbreak Warfare” singer. “I became a lover of your music and … I was lucky enough to be in the studio with you when you were working on [your album] Paradise Valley. And we went for sushi afterward and you were literally finishing what became one of my favorite songs of yours … which is ‘Badge and Gun.’ … That is a song [about] marching through life. And that struck me as your journey.”