JoJo Siwa celebrates 1 year since coming out as gay

JoJo Siwa celebrated her one-year anniversary of coming out as a member of the LGBTQ community with an impassioned post shared to Instagram on Sunday.

“🏳️‍🌈In the last 365 days I’ve felt more love than ever. A year ago today I posted this picture and shared with the world that I was gay🌈,” she captioned a throwback photo of herself wearing the T-shirt she used to come out, which read “Best. Gay. Cousin. Ever.”

Siwa, 18, explained that she frequently gets asked if coming out was a “scary” experience, to which she said, “yes of course.”

“Anything that’s different about you is scary, however… it’s what makes me… me. so I had no fear with sharing it with the world❤️,” she said.

The dancer also revealed that people often asked her if she was worried about coming out to her young fanbase and telling kids about her sexuality.

“Truthfully I feel like I was put on this earth to be a role model for kids, and letting all the kids of the world know that loving everyone for who they are no matter what is something that I will always believe in and always share❤️,” she explained.

The former “Dance Moms” star then reminded her followers that people should be allowed to love whoever they want to love, and thanked her fans for their support over the past year.

“Please never forget that no matter who you are, what you look like, who you LOVE that you are absolutely perfect,” she said. “thank you for showing me the most love throughout this year and throughout my entire life. I love you all❤️🙏🏼🏳️‍🌈.” 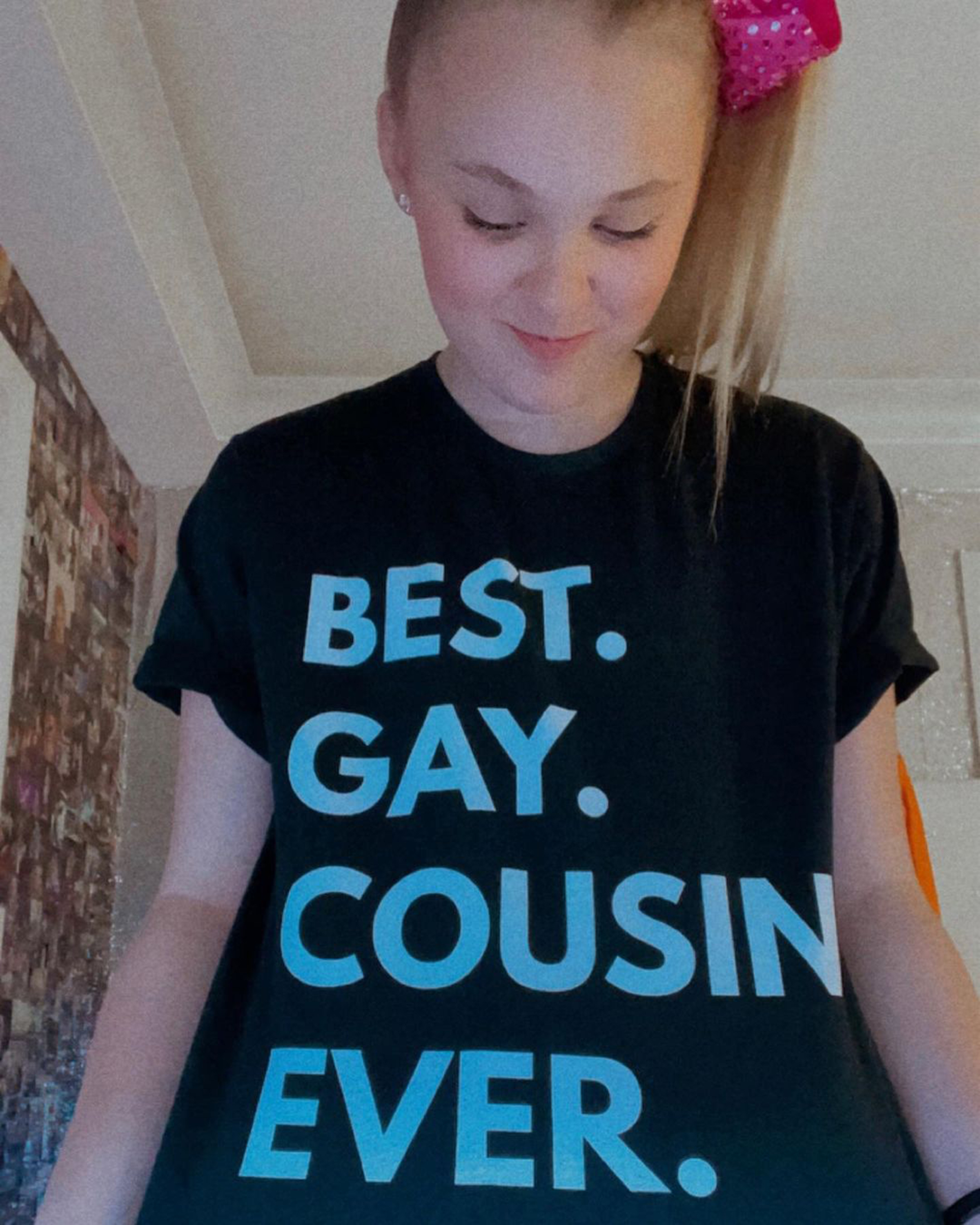 Siwa also celebrated the milestone with an impassioned speech during her concert in Bakersfield, Calif., on Friday, Daily Mail reported.

“A lot of people said, ‘You have a really young demographic. Aren’t you afraid of telling them that you’re gay?’” she reportedly told the crowd. “And I said, ‘I am definitely not afraid of telling my young demographic that loving everybody for who they are was exactly what you should do.’ I want to tell you that no matter who you are, no matter who you love, it’s OK.”

Siwa first sparked speculation that she was gay after she posted a video to TikTok singing along to Lady Gaga’s “Born This Way” in January 2021, lip-syncing the lyrics, “No matter gay, straight or bi, lesbian transgender life / I’m on the right track baby, I was born to survive.” 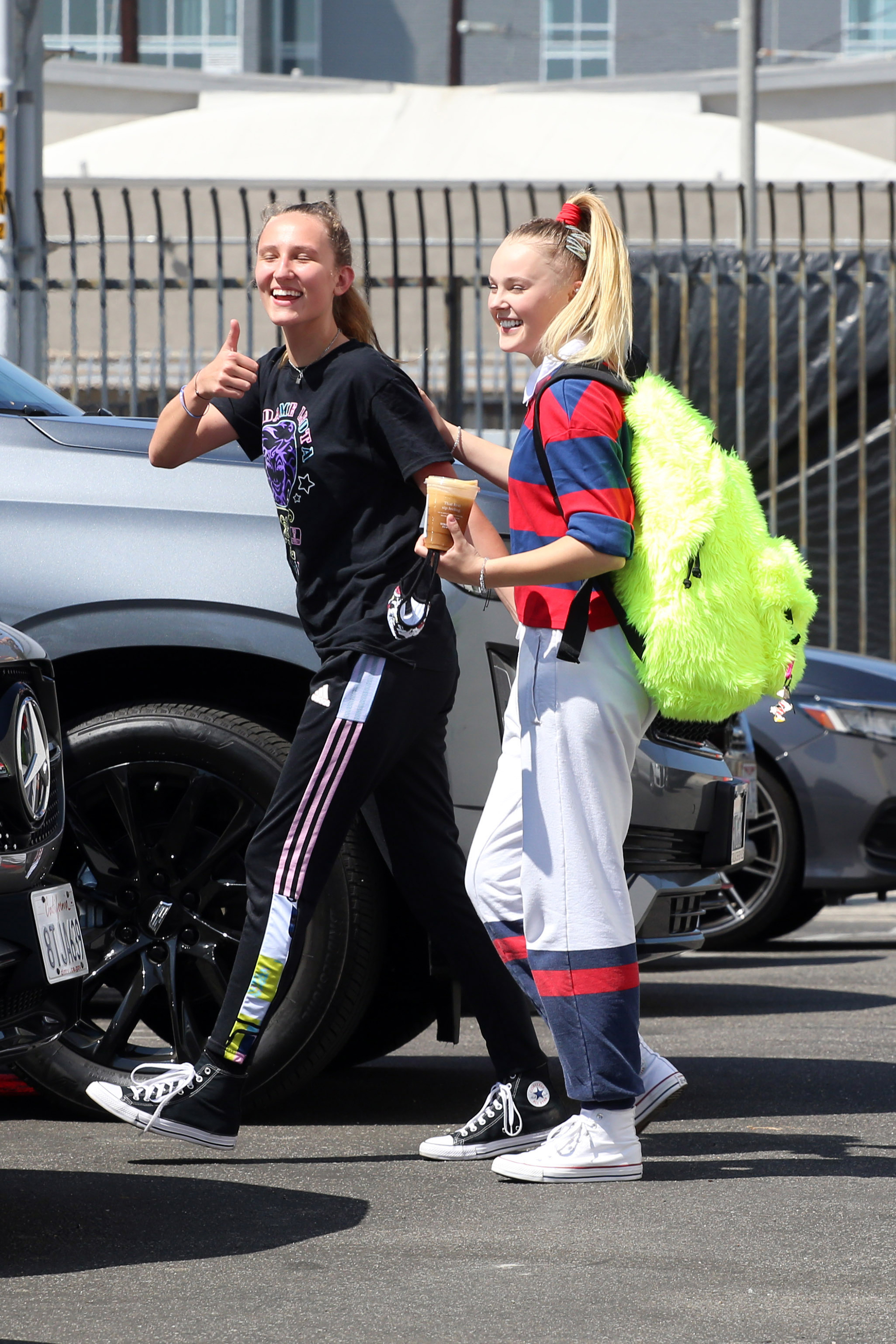 The next day, she posted a photo wearing the “Best. Gay. Cousin. Ever.” T-shirt, leading fans to speculate that she was coming out. Two days later she confirmed that she is a part of the LGBTQIA+ community.

She later specified that she identifies as queer and pansexual, saying, “My human is my human” in April 2021.

Siwa revealed that she was dating Kylie Prew in February 2021, with the couple making their PDA-filled red carpet debut nearly seven months later. The pair broke up in November.

Siwa also made history last year by becoming the first person on the US version of “Dancing With the Stars” to compete with a same-sex partner.