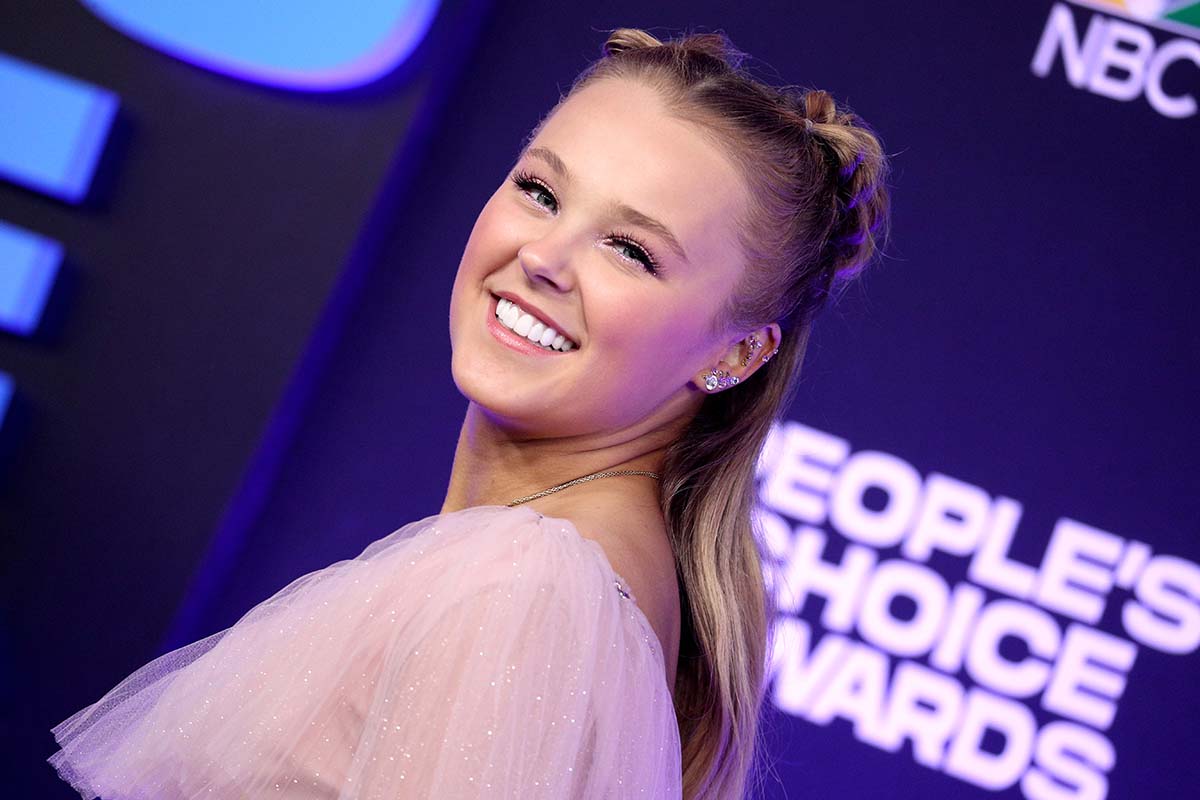 Fairytale flair! JoJo Siwa has officially arrived at the 2021 People’s Choice Awards — and her look is hands-down her girliest yet.

See What the Stars Wore to the People’s Choice Awards

For the annual event, which was held on Tuesday, December 7, the 18-year-old dancer brought all the glitz and glam. In dozens of diamonds, sparkly shadow and the most stunning pink tulle Jenny Packham gown, the Dancing With the Stars alum completely blew Us away. 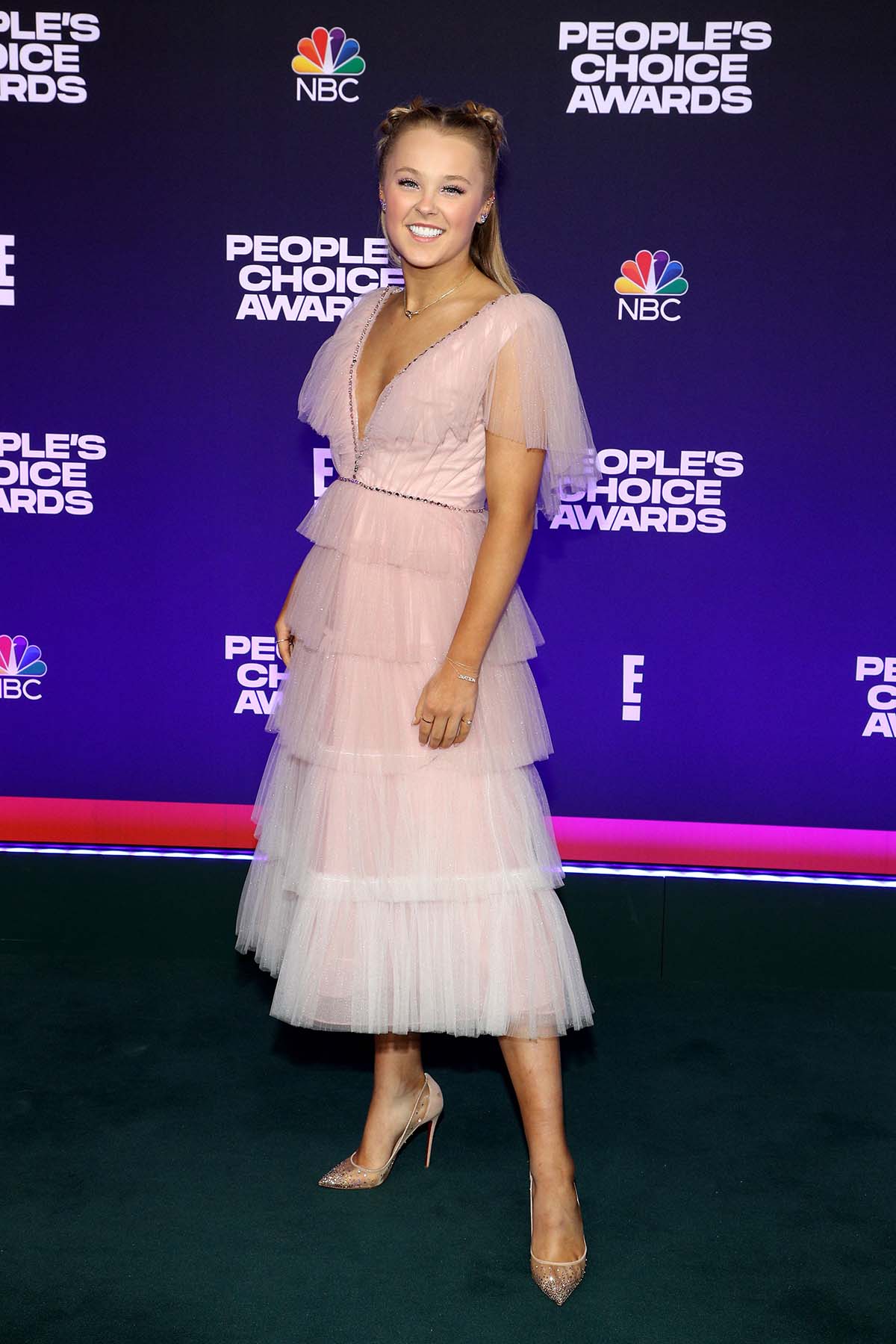 She paired her bubblegum pink ensemble with lucite pumps. But it was her hairstyle that brought the look to a whole new level. Instead of slicking her blonde locks into a sleek ponytail, she had her tresses in two French braids that cascaded into loose curls.

When it came to the jewelry of it all, the reality star donned a safety pin necklace, diamond studs and, most notably, her “JNATION” necklace, which she turned into a bracelet for the evening’s festivities.

It didn’t take long for fans to star buzzing about Siwa’s jaw-dropping outfit, as they took Twitter by storm. “Oh, miss JoJo Siwa looks so pretty,” a user wrote, while another added, “WTF why does JoJo Siwa look absolutely beautiful at the People’s Choice Awards.”

The star has been serving up some fabulous red carpet ensembles in recent weeks. Not only did she delight in an open black cardigan and leather shorts for Jingle Ball earlier this month, but she also rocked a gown for the first time ever (!!) at the American Music Awards in November.

“I’m in a dress and heels for the first time in my life,” the Dance Moms alum told People on the red carpet. “When I knew I was coming to the AMAs, I was like, ‘uh oh, what am I going to wear?’”

She went on to say that being on season 30 of Dancing With the Stars inspired a bit of a “transition” in her personal style. “I’ve gone from dressing like I normally dress to kind of looking more adult,” she shared. “And I was like, I want to branch out of my comfort zone.”

‘Dancing With the Stars’ Winners Through the Years: Where Are They Now?

Siwa even brought a bit of Dancing With the Stars with her. She borrowed a pair of heels from Jenna Johnson, her dance partner on the competition show.

The influencer’s stint on the show landed her two nominations at the People’s Choice Awards. In addition to The Competition Show of 2021, Siwa was nominated as an individual for The Competition Contestant of 2021.