Hotshots taking seaplanes to Southampton during US Open

Jon Rahm celebrated his 2021 US Open win with his two favorite fans.

The 26-year-old golfer, who captured his first major championship at Torrey Pines in San Diego on Sunday, was joined by wife Kelley Cahill and their newborn son, Kepa, as he held the US Open trophy on the green.

“I knew there was something special in the air. I could just feel it,” Rahm said, according to Sports Illustrated.

The first Spaniard to ever win the US Open, Rahm finished this year’s tournament with a 6-under par. He defeated South African golfer Louis Oosthuizen and America’s Harris English, who placed second and third, respectively.

“Man, I got it done in a fashion that apparently can only happen to me at Torrey Pines,” Rahm said. “It’s hard to believe this story can end up so good.”

In addition to wife Cahill and 2-month-old son Kepa, golfer Phil Mickelson also joined Rahm in celebrating his win. Mickelson, 51, carried a chair for the mother-son duo on Sunday, which also marked the US Open champ’s first Father’s Day as a dad.

“I’m a big believer in karma,” Rahm said. “After what happened a couple weeks ago, I stayed really positive knowing big things were going to happen.”

Earlier this month, Rahm was forced to withdraw from the Memorial tournament after testing positive for COVID-19. Despite the tumultuous time, the golfer said Sunday he felt as if “the stars were aligning.”

“I didn’t know what, but we were coming to a place where I got my first win and it’s a very special place for me and my family. I just felt like the stars were aligning,” Rahm said.

College sweethearts who attended Arizona State University, Rahm proposed to Cahill at Torrey Pines, which is where he also nabbed his first career PGA Tour victory in 2017. 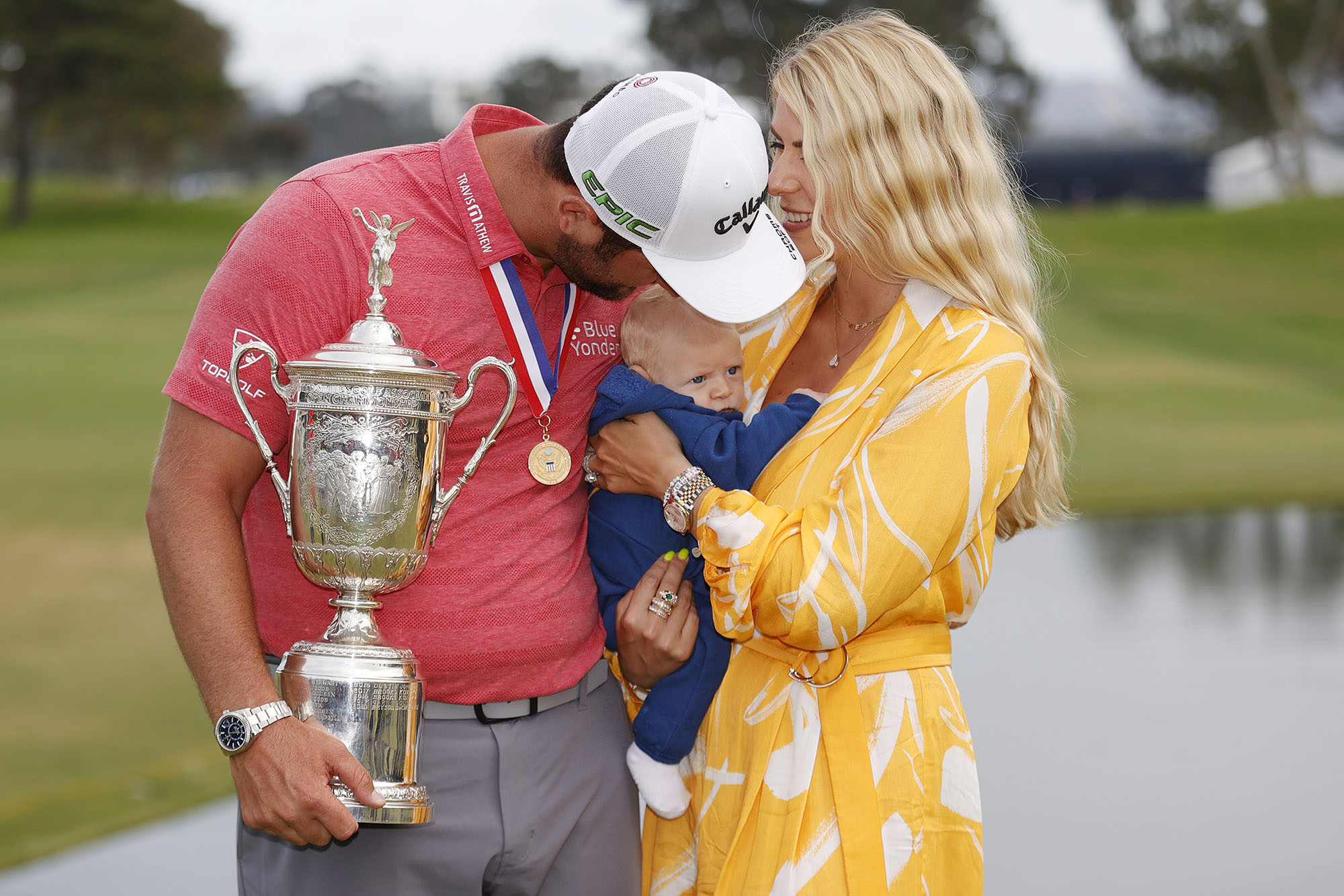 Rahm confirmed the couple’s engagement news in 2018, and they tied the knot in his native Spain a year later.

Ahead of the 2021 Masters in April, Rahm announced that he and Kelley had welcomed their first child.

Rahm is currently ranked third in the world, according to the PGA Tour’s standings.