Jon Stewart said he should’ve fired Steve Carell from “The Daily Show” early in his career as a correspondent ― because his friend is a gifted movie actor.

In a new interview with “Extra,” Billy Bush spoke about Carell’s cinematic talent and Stewart agreed.

“I said that to him every day,” Stewart said in the interview on Thursday. “I said, ‘If I would have known just what a talented actor you are, I would have fired you from the ‘Daily Show’ like a month in and said just go, go do that.’”

Carell, who stars in Stewart’s new movie “Irresistible,” worked as a correspondent on the Comedy Central show in the late ’90s and early 2000s.

The former “Daily Show” host said he was happy to be working alongside Carell again, and wrote the part in the new movie specifically for him. 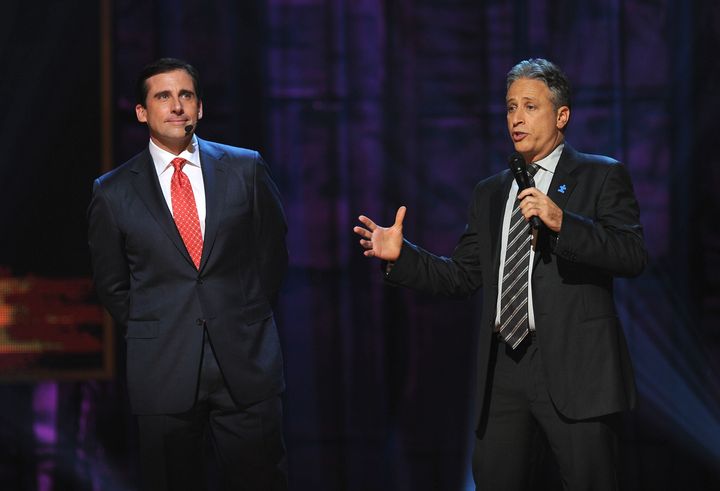 “He’s really something,” Stewart added. “What was so nice for me, I wrote it for him, with him in mind, and when I would get in the edit room and watch it, he’d given me so many nuanced options to play with in edit that I never saw when I was on set, mostly because I was drunk, but his range of everything is remarkable.”

The movie follows Carell, who plays a Democratic strategist trying to get a retired Marine to run for office in Wisconsin.

Rose Byrne, Topher Grace and Chris Cooper also star in the film, which debuts in theaters and on demand on June 26.