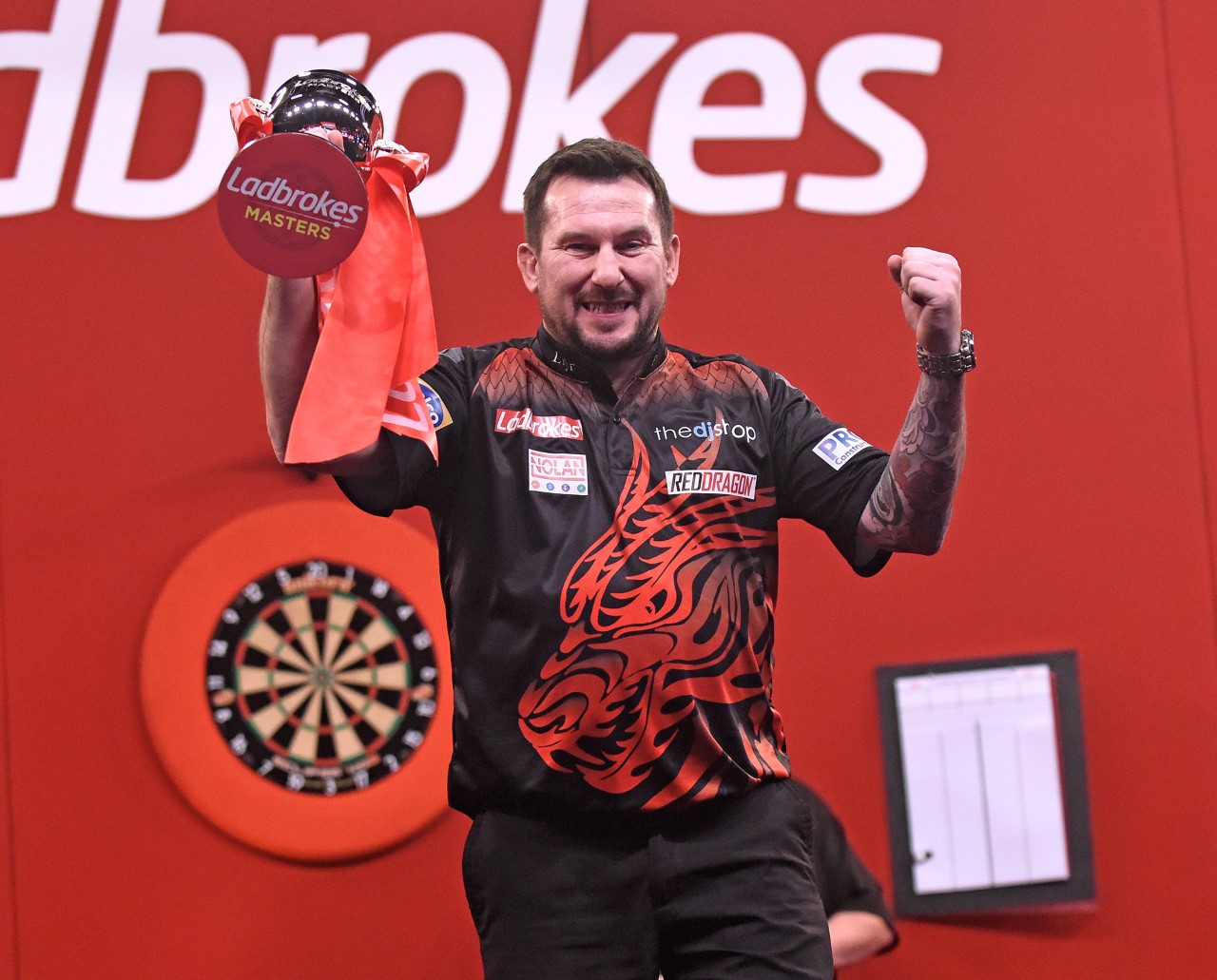 Jonny Clayton may be the Masters champion and a confirmed competitor in this year’s Premier League, but he is not convinced about giving up the day job just yet.

The Welshman caused a huge upset to win the Masters on Sunday night, beating Mervyn King in the final after downing Jose de Sousa, Michael van Gerwen, James Wade and Peter Wright along the way.

The 46-year-old picked up his first televised singles title in the PDC, the £60,000 top prize, and the final spot in the Premier League in what turned out to be the finest day of Clayton’s career to date.

The Ferret has reached the upper echelons of darts despite still working full-time as a plasterer for a plasterer for Carmarthenshire council and he is still not certain that it is time to give up the day job.

With a major title under his belt and the touring commitments of the Premier League to come, it might be time to go full-time on the oche, but that is not guaranteed.

‘I’m off [work] tomorrow. I’m going to have to think long and hard about it.

‘I’m home schooling tomorrow with the kids. I’ve got a lot of decisions to make and I’m not going to rush any of them.’

Clayton has always been concerned about taking the plunge into full-time darts, knowing the financial risks of that move going badly, although clearly where there is risk there is potential for huge reward on the oche.

‘I’ve got to where I am by working and I’m afraid to pack it up just to play darts because it might go the wrong way. If it’s not broke, don’t fix it,’ Clayton told Metro.co.uk last year.

‘I think it gives me something to concentrate on. I’m sports mad, I love my golf, fishing, watching the rugby. If I finish work, would I put 100% into darts or would I be on the golf course on a sunny day? I don’t know. I’ve never tried not working so I’m just going to leave it as it is for the moment.

‘I’ve been thinking about it for about two years, I keep telling the wife that I’m thinking about finishing but as the time gets nearer I’ve not got the guts to do it.

‘I work for Carmarthenshire council, so if I gave up my job at the council I would not get that back. I could go back onto site, but I’d lose my pension and everything that’s tied in with the council.

‘With darts, the money is totally different, darts will always be at the top when it comes to money but it’s just letting go. I’ve got two young kids and that’s just me, I’m probably doing the wrong thing by still working, but it’s just in my mind.’