"Thank you all for the support and for seeing through @wbpictures desperate and scattershot attempt to discredit me to continue protecting those in power," Ray Fisher posted on Twitter. 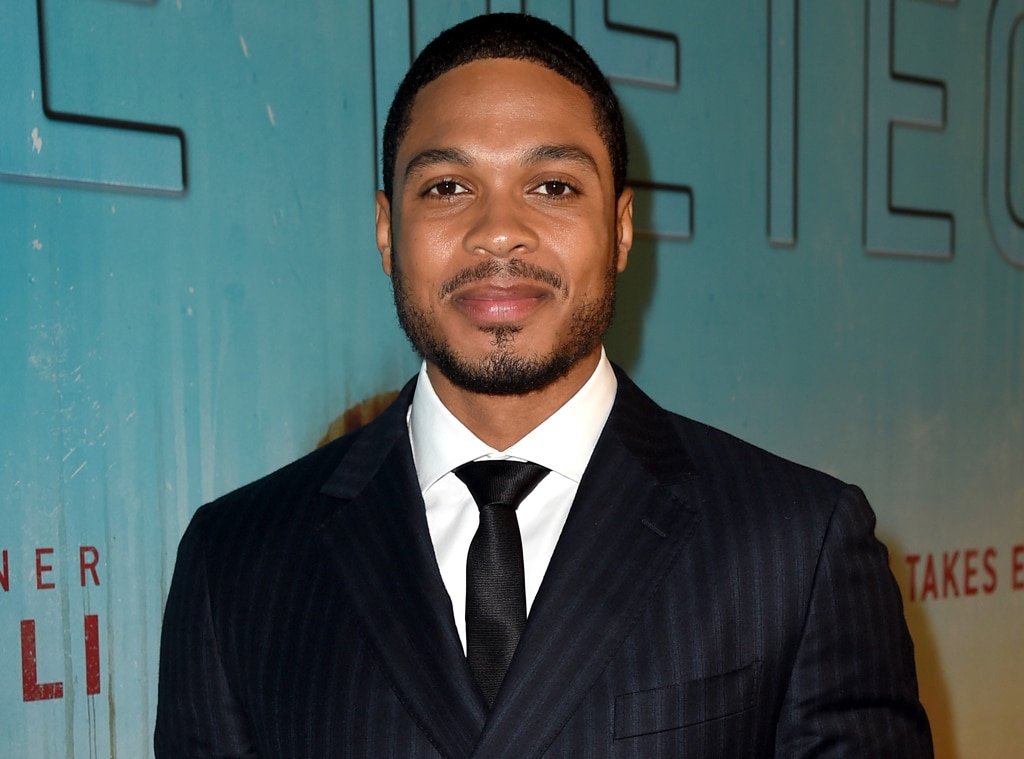 Like his Cyborg character, Ray Fisher isn't going down without a fight.

The Justice League actor is calling out Warner Bros. after the studio alleged he wasn't cooperating with their misconduct investigation. In July, Fisher made accusations about director Joss Whedon's behavior on the set of the 2017 superhero movie, which he took over after Zack Snyder stepped down following a family tragedy.

Per a statement shared with E! News on Saturday, Sept. 5, the day after it was originally released, the studio said Fisher "has falsely claimed, or render any judgments about the Justice League production." However, the actor issued a response on social media.

"Thank you all for the support and for seeing through @wbpictures desperate and scattershot attempt to discredit me to continue protecting those in power," Fisher began his Twiter post.

In reference to Warner Bros.' allegations that he "has declined to speak to the investigator," Fisher tweeted, "I met with the investigator via Zoom on Aug 26th. Below is an email I sent to my team and @sagaftra immediately after."

Fisher uploaded an alleged screenshot of the email he sent his team, which was dated on Aug. 26. To note, E! News has not been able to verify the screenshot's authenticity.

"It's also worth noting that I made it clear to the world on Aug 21st that I would be vetting the investigator to ensure a fair and protected process for all witnesses," the actor added. "@wbpictures has escalated this to an entirely different level, but I'm ready to meet the challenge."

E! News has reached out to both Fisher's reps and Warner Bros. for comment. We have yet to receive a response from either.

Whoopi Goldberg Reflects On Losing "Everything" After Political Remark

Chrissy Teigen Explains Why She's Getting Botox During Her Pregnancy

As previously mentioned, Fisher spoke out about Whedon and claimed on Twitter that his "on-set treatment of the cast and crew of Justice League was gross, abusive, unprofessional, and completely unacceptable."

"He was enabled, in many ways, by Geoff Johns and Jon Berg," Fisher added.

At this time, Whedon and Johns have yet to address the allegations. Speaking to Variety in July, however, Berg responded to Fisher's comments. Berg claimed they were "categorically untrue that we enabled any unprofessional behavior."

He continued, "I remember [Fisher] being upset that we wanted him to say 'Booyaa,' which is a well known saying of Cyborg in the animated series."

E! News has reached out to Whedon, Johns and Berg over the recent news about the misconduct investigation. We have yet to hear back.

On Friday, Sept. 4, Fisher still stood by his previous comments. "So you can better understand how deep this goes," he began on Twitter, adding, "After speaking out about Justice League, I received a phone call from the President of DC Films wherein he attempted to throw Joss Whedon and Jon Berg under the bus in hopes that I would relent on Geoff Johns."

"At no time did Mr. Hamada ever 'throw anyone under the bus,' as Mr. Fisher has falsely claimed, or render any judgments about the Justice League production, in which Mr. Hamada had no involvement since filming occurred before Mr. Hamada was elevated to his current position," a statement read in part.

"While Mr. Fisher never alleged any actionable misconduct against him, WarnerMedia nonetheless initiated an investigation into the concerns he'd raised about his character's portrayal. Still not satisfied, Mr. Fisher insisted that WarnerMedia hire an independent third-party investigator," the statement continued. "This investigator has attempted multiple times to meet with Mr. Fisher to discuss his concerns but, to date, Mr. Fisher has declined to speak to the investigator."

The studio noted they remain "committed to accountability and to the well-being of every cast and crew member on each of its productions."

Fisher is set to reprise his role as Cyborg in the upcoming Flash movie. Although, Warner Bros. alleged Fisher had concerns with his character.

Per the statement, "Mr. Hamada explained that creative differences are a normal part of the production process, and that a film's writer/director ultimately has to be in charge of these matters. Notably, Mr. Hamada also told Mr. Fisher that he would elevate his concerns to WarnerMedia so they could conduct an investigation."