Kanye West took to Twitter on Sunday, Oct. 17 to speak out after Issa Rae threw shade at him during her SNL sketch. 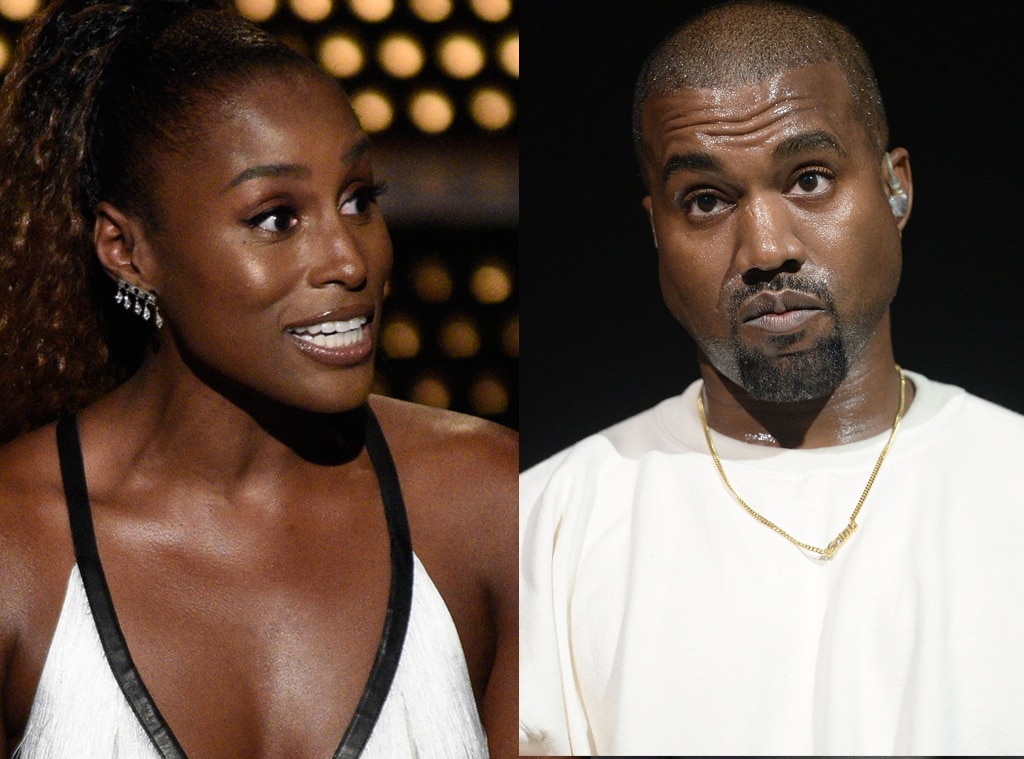 Why you might ask? The Jesus Is King rapper was briefly mentioned in a joke on Saturday Night Live on Oct. 17. Host Issa Rae put her comedic skills on full display, especially during the "Your Voice Chicago" sketch.

For the skit, the Insecure creator played a lawyer representative for the NAACP who was appearing on a morning talk show with Kenan Thompson as an anchor.

Continuing the sketch, the HBO star expressed, "For too long, our people's voices have not been heard. It's our duty to stand together and take our power back."

Towards the end, Issa then directed her comments towards the Yeezy designer and 2020 presidential hopeful. "When we come back, we'll talk about the presidential race between Donald Trump, Joe Biden and Kanye West," Kenan's character added, with Issa chiming in, "Kanye? F him!"

On Sunday, Oct. 18, the fashion mogul took to Twitter to share his thoughts about the SNL episode and Issa's hosting duties.

"Ive always said SNL uses black people to hold other black people back," he wrote. "My heart goes out to Issa Rae I'm praying for her and her family I know that the twenty years of service that I've paid in the entertainment field has furthered our ability to be more successful."

He later retweeted the news that Adele would be hosting next weekend.

Influencer Dead Of Coronavirus After Telling Followers It Wasn't Real

"Had a blast! Thank you @nbcsnl and thank y'all for watching," she captioned her Twitter post on Sunday.

"But I don't know what else to tell you," she continued. "I can only show you or do it, but I'm not the one. I am tired. I got exhausted having these conversations the other day, where I'm like … I don't want to be the tokenized person for you to talk about these experiences with. But I've said that before, too, and I still am."

Watch the full SNL sketch for yourself in the video above.

(E! and NBC are both part of the NBCUniversal family.)