There’s no better present than birthday sex — at least, according to Kate Winslet. Apparently, Kate Winslet scheduled a sex scene with Saoirse Ronan on Ronan’s birthday, and Winslet told the story of what went down during an October 2020 interview with Entertainment Weekly. The two actors star alongside each other in a forthcoming period drama, Ammonite, which revolves around a paleontologist (played by Winslet) who’s hired to care for a man’s ailing wife (played by Ronan), and obvi, the two end up falling in love. There’s a sex scene involved, and Winslet thought her friend and co-star would appreciate filming that hot-and-heavy scene on her 26th birthday.

While chatting with EW, Winslet explained how she rescheduled the shoot to make sure the scene coincided with Ronan’s b-day on April 12. "I just wanted her to have, frankly, a great memory in her film life, regardless of how the scene played out or the movie turned out," Winslet said. "I knew that it would be [great] just because of the experience that we would share together. I knew that it would be very equal." Forget gift cards and sweaters — this is what a truly thoughtful birthday gift looks like. 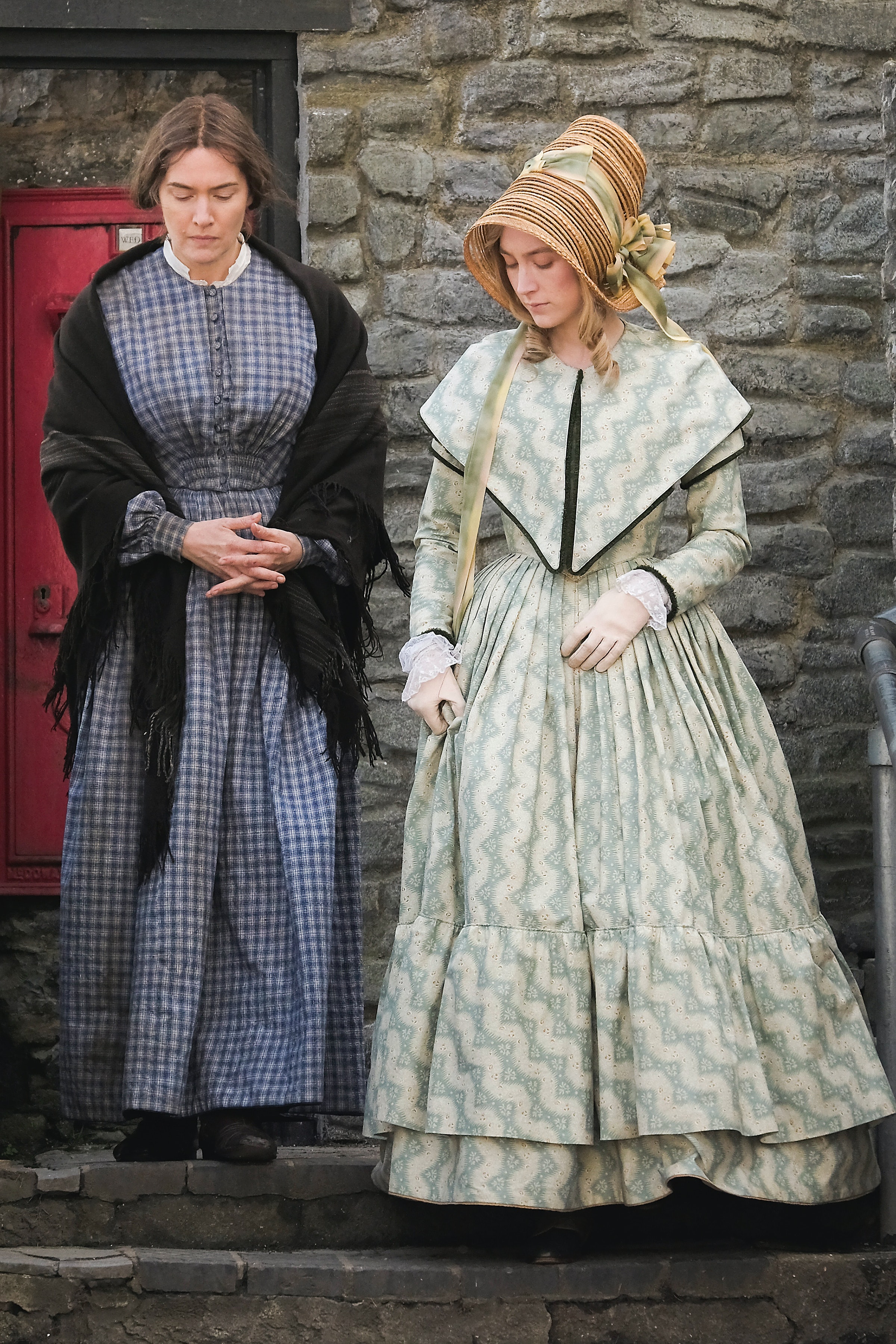 According to Winslet, it was important to both her and Ronan to handle the scene with care. As she told EW, "I just could feel that Saoirse and I had the same ideas in terms of what we wanted to express in the scene, the emotional underpinning of the scene, the connection between these two women — which is, of course, more important than anything in any love scene."

The experience made Winslet reflect on love scenes she’d filmed for other movies, which were largely choreographed with the male gaze in mind. "I almost felt a little bit angry at myself when I thought about how, perhaps, I have conducted my own female self when I participated in intimate scenes in the past," she continued. Over the years, Winslet has become more conscious of how these intimate scenes are often driven by male characters, and as a result, filming a lesbian sex scene was a vastly different experience. "[Ammonite] was very equal, very safe, completely neutral and respectful and connected," she said. "It was a dialogue between two people. That was it."

A birthday spent filming a consensual, respectful, and powerful sex scene — what more could you ask for?