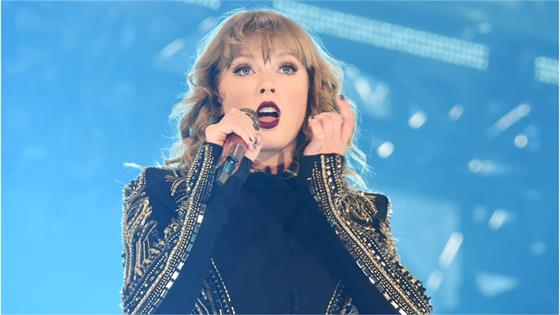 We need to calm down.

Katy Perry is responding to rumors about a possible collaboration with Taylor Swift. Fans of both superstar singers have been speculating about a possible duet for weeks, thinking that both Perry and T.Swift had been dropping hints about the collab on social media. However, it sounds like that’s not the case, despite some fan theories that Swift can be heard in background of Perry’s new song, “Daisies.”

During a new interview with Hits Radio Breakfast, released on Friday, Perry addressed speculation about Swift’s appearance on the song.

“No, it’s not correct,” Perry said of the rumor. “But the fans are definitely excited for something like that to happen in the future, and I’m always open.”

When asked if Swift could possible appear on Perry’s upcoming album, Perry said, “No! Not as yet.”

“I mean, the fans are so fun, they do search far and wide for Easter eggs,” Perry continued. “And we do put them in our visuals and in lyric videos and music videos and content that we created.”

But, as Perry noted with a laugh, “Not everything is an Easter egg. Some things are just flowers.”

Perry and Swift did work together last year, when they joined forces for Swift’s “You Need to Calm Down” music video. The collab officially put their feud to rest, after years of rumored tension.

In her new interview, Perry, who is currently expecting her first child with beau Orlando Bloom, also talked about being neighbors with Adele.

Though she hasn’t seen her recently, Perry recalled one time when Adele showed up to her front door while Perry was still in bed!

Watch the video above to get more details on the hilarious moment!