“I think it’s just a perception people have that I just was like, ‘Give it to me’ and I had it.

Kendall Jenner is responding to criticism of her modeling career.

During Part 2 of the “Keeping Up with the Kardashians” reunion, the reality star addressed critics who’ve accused her of using “KUWTK” to become a successful model and believe she didn’t pay her dues.

While Kendall, 25, acknowledged that she has a platform, she said she worked hard to make her way in the industry and noted that the E! reality series didn’t always make it easy for her.

Kylie Jenner Grilled on Tyga, Travis Scott and Her Lips During KUWTK Reunion

“In the topic of offensiveness to some of the things people assume about our family, I think everyone around me, whether friends or family, knows how hard I worked and still work,” Kendall told reunion host Andy Cohen. “I did everything that I was supposed to do and had to do to get to the position I’m at now as a model. I went to every single casting, ran all over not only New York City but all over Europe trying to get a job and make my way.”

“Of course I had a platform, I never took that for granted,” she continued. “I always knew that was there, but that almost made my job a little bit harder only because people probably didn’t want to hire me because I was on a reality TV show.”

Kendall’s mom Kris chimed in, pointing out that Kendall didn’t allow the family to go to her fashion shows. Kourtney added that her sister wouldn’t let “KUWTK” cameras in to film the runway shows either.

Kendall revealed that she would even take her last name off of her modeling cards so she’d be “taken completely seriously.”

“I definitely worked my way to where I am now,” she explained. “I think it’s just a perception people have that I just was like, ‘Give it to me’ and I had it. It definitely was not that.”

Kris Jenner Spills on Caitlyn Split During KUWTK Reunion, Whether She Has 'Fond Memories'

The 818 founder — who is in a relationship with Phoenix Suns player Devin Booker — also opened up about her love life, shutting down the assumption that she only dates NBA players.

“No, I don’t only date basketball players if anyone’s done their research,” Kendall told Andy. “I’m not ashamed that I have a type and I’m also a genuine basketball fan.”

Andy then asked what was going on with her and Devin, to which Kendall simply replied, “He’s my boyfriend.”

When Andy pointed out that it seems that Kendall has “consciously decided to keep her relationship of out the public eye,” Kendall agreed and explained why she’s always kept her love life rather private.

“I feel like it’s always worked better to me that way,” she said. “No offense to my older sisters at all, but I think that Kylie and I specifically have had the opportunity to watch my older sisters go through marriages, relationships and breakups and all of these things and do them pretty publicly.”

Kendall continued, “It was a personal preference from a really young age that I didn’t really want to … I think it makes my life a lot easier and our relationship a lot better to be completely honest.”

“I just feel like it’s a private matter. It’s not really for anybody else to judge or know.” 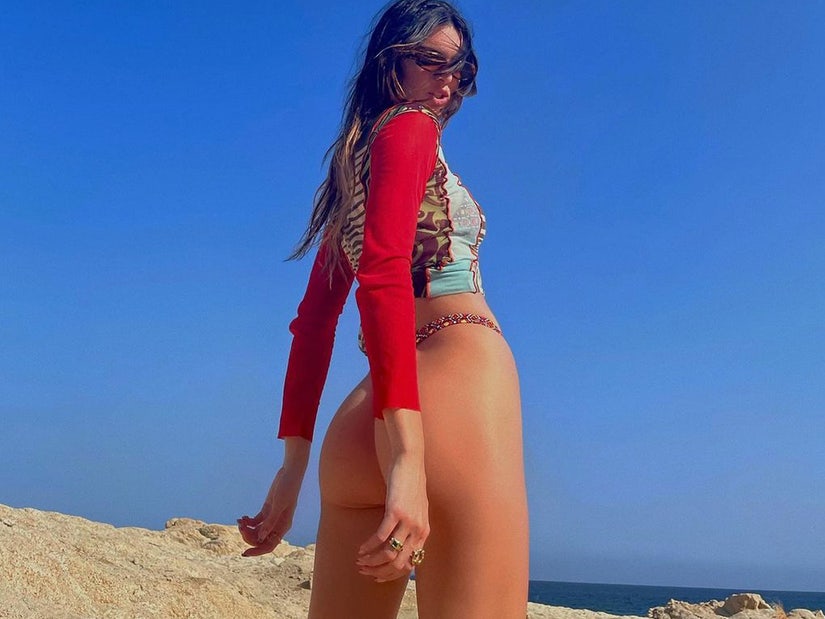