Kennett says he will not contest Victorian Liberal Party presidency

Former Premier Jeff Kennett has announced he will not contest the presidency of the Victorian Liberal Party and has thrown his support behind party president Robert Clark.

The Beyond Blue founder and Hawthorn Football Club president stated that he was not able to secure an “orderly transition” of the role and that Mr Clark wanted the presidency to be determined by a vote of the state council of the party. 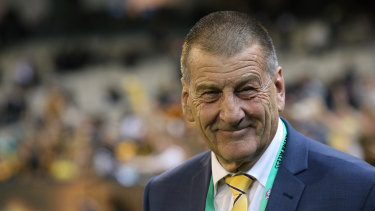 “While not concerned by the outcome of any ballot, it was not my preferred option or desire,” Mr Kennett said.

“A public contest that would have led to distraction, fodder for our political opponents and called into open question the cohesive functioning of the Victorian parliamentary party,” he wrote in the Herald Sun.

“I do not want to be responsible for such an outcome.” 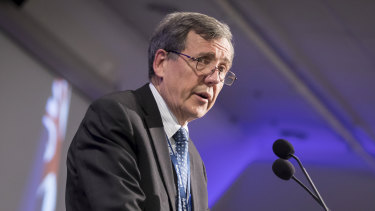 At the time, he said he would take his plan for a friendly takeover of the party’s administrative wing as it prepared for the 2022 state election to Mr Clark, a former state attorney-general.

In the column, Mr Kennett threw his support behind Mr Clark.

“Can I make it absolutely clear I respect Robert’s view that he is the best person to lead the administration of the Victoria Liberal organisation for the next two years.

“Robert served me and my government loyally and competently. I openly and happily return that loyalty to him now,” Mr Kennett wrote.