Home » Lifestyle » League One play-offs: Wembley to stage final on 13 July as dates are confirmed

League One play-offs: Wembley to stage final on 13 July as dates are confirmed 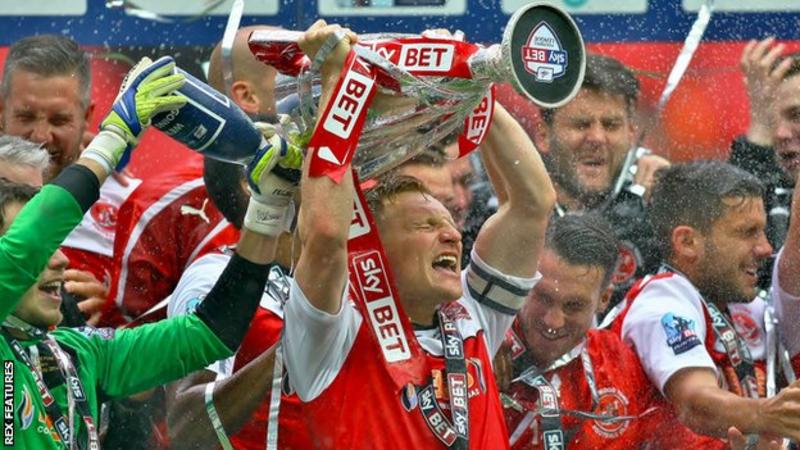 Wembley Stadium will host the League One final on Monday, 13 July, after dates were confirmed for the division’s play-off fixtures.

The final will follow two weeks after League Two’s promotion showpiece at the national stadium on 29 June, with Championship dates yet to be confirmed.

The two-leg League One semi-finals will have staggered kick-offs on the same dates, Friday 3 July and Monday 6 July.

The meeting of Pompey and Oxford on the Friday will start at 17:30 BST, with the Fleetwood-Wycombe game beginning at 19:30.

League One and Two clubs voted on Tuesday to end the regular season because of the coronavirus pandemic, using a points-per-game average to decide the final league table.

Wycombe and Oxford, placed third and fourth after the average points had been calculated, have home advantage in the second leg.

Wanderers were not even in the top six before the season was ended, but nudged Peterborough out as they moved up from eighth.

The Championship final will also be staged at Wembley, with play-off dates to be confirmed. Regular season matches are due to conclude on 22 July.