Los Angeles Lakers superstar LeBron James addressed the backlash he is facing in a now-deleted tweet when he shared an image of the police officer involved in the fatal shooting of 16-year-old Ma’Khia Bryant.

James says that he is tired of seeing Black people killed by police officers. 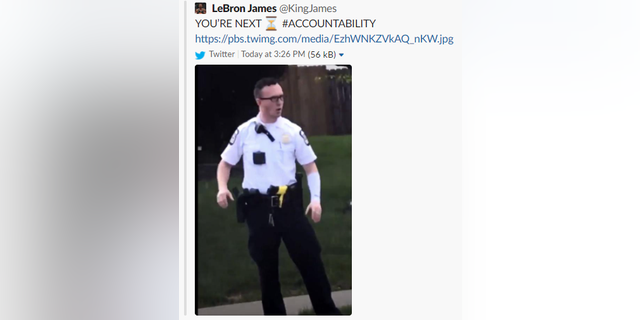 Police were called to the scene around 4:30 p.m. on Tuesday on a report of an attempted stabbing.

Bodycam footage released late Tuesday showed Bryant being shot as she was attacking another Black teen with a knife.

Bryant’s family identified her to FOX 28. According to Franklin County Children Services, Bryant was a foster child under their care.