Lesbian influencers spark fierce debate after giving away a vial of SPERM as an Instagram prize, with one critic saying: ‘Imagine telling your child you won them in a raffle’

A lesbian couple with 220,000 social media followers have sparked an online row after offering a vial of donor sperm in a prize giveaway.

YouTube stars Allie and Sam, from Halifax, Nova Scotia, posted an image of themselves holding a sign reading ‘donor sperm giveaway’, telling their Instagram fans they’d partnered with a leading US sperm bank to offer the prize.

While some lesbian couples hoping to become parents praised the competition, others suggested that it turned pregnancy into a ‘commodity’, with one writing: ‘Imagine telling a child that they came from an Instagram giveaway.’ 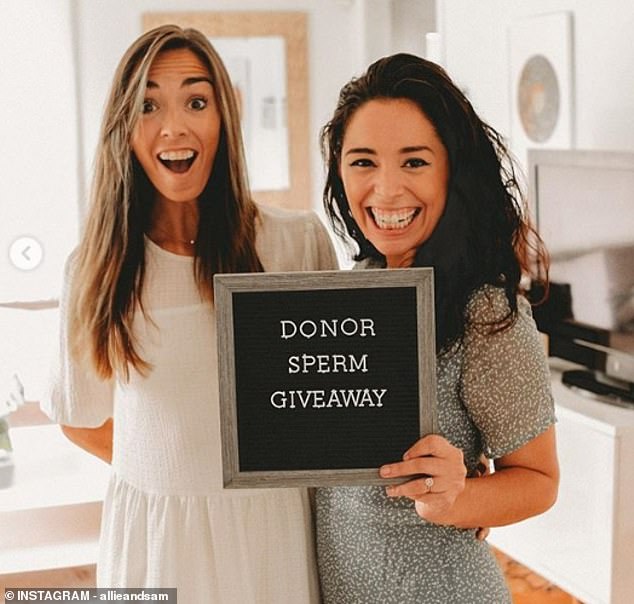 Canadian influencers Allie and Sam announced on Sunday that they’d partnered with US sperm bank Fairfax Cryobank to offer their 220,000 social media fans a vial of free donor sperm 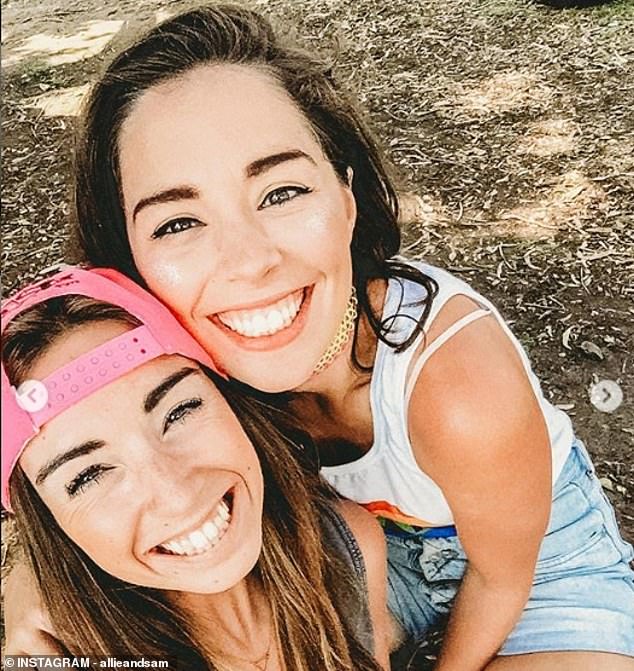 Allie and Sam, who have recently also endorsed watch straps, pet food and a household sweeper, announced their latest unique commercial venture on Sunday, telling their followers: ‘We are so, so excited to be partnering with to (hopefully!) help one of you grow your family!’

To be in with a chance of winning the vial, the couple asked entrants to follow them, like the post and tag friends, saying the winner would receive one donor sperm vial from US sperm bank Fairfax Cryobank.

Opinion was quickly divided, with many reacting positively, saying that donor sperm was expensive to buy and they’d welcome the chance to start a family with a free vial. 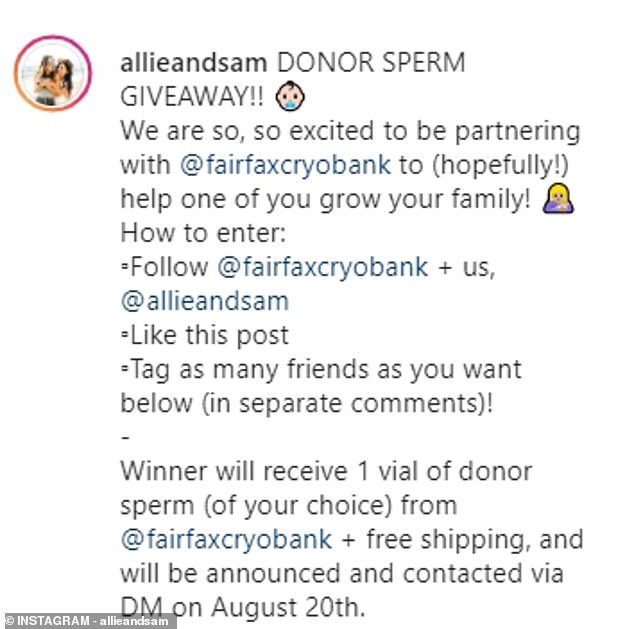 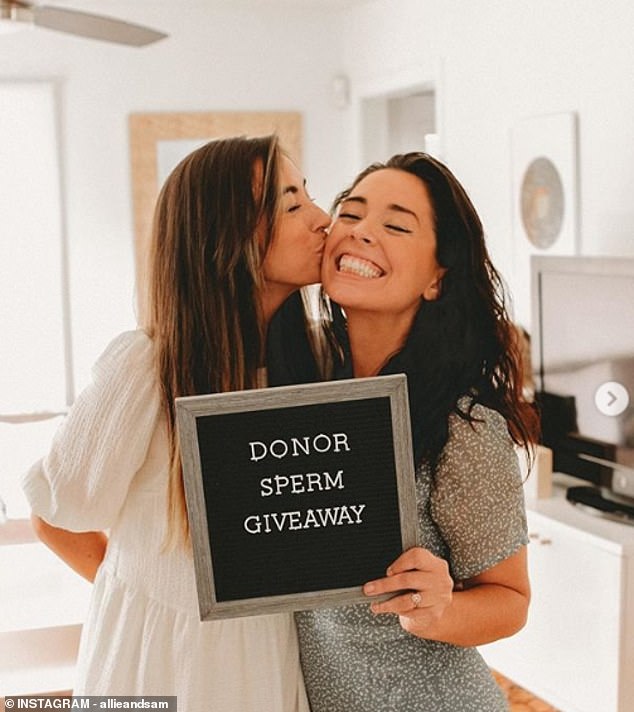 The unusual giveaway has divided opinion on social media; while many are baffled that sperm would be offered as a prize, lots of lesbian couples said that starting a family was expensive and the prize was a good idea

One Instagram follower, emtxylor90, wrote: ‘My fiancée and I are looking to start a family. However, with the ridiculous prices fertility clinics charge it’s looking very slim.’

Another user, untilwereghosts, penned: ‘We just started our IVF process. This would be a dream/big time saving in the already huge bill.’

However, others railed against the idea of giving sperm away as a competition prize.

On Twitter, @ovoxhelen wrote: ‘There’s so many things about this that’s incredibly concerning. the fact that people in the comments are seriously trying to win this giveaway blows my mind.’ 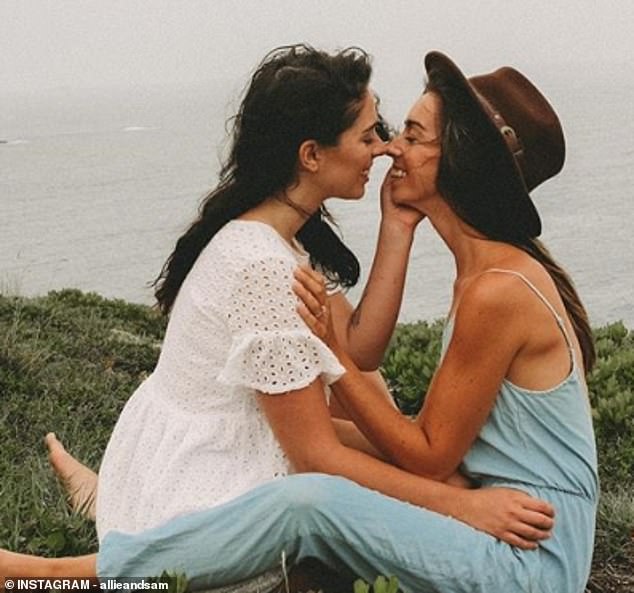 The Canadian couple, who met six years ago on Tinder and wed in September 2019, regularly endorse products including watch straps, dog food and a household sweeper

@valeriefinnigan added: ‘It’s the commodification of pregnancy and babies that I find problematic.’

@jakewhosagirl added: ‘Imagine telling a child that they came from an instagram giveaway.’

The couple, who met six years ago on Tinder, document their lives together on social media, sharing videos of their wedding in September last year, moving house and discussing their plans to start a family of their own.