Home » Lifestyle » Leylah Fernandez: I got it wrong over my Emma Raducanu knee complaints

Leylah Fernandez: I got it wrong over my Emma Raducanu knee complaints

Leylah Fernandez admitted in the wake of the US Open final that her protests about Emma Raducanu’s medical timeout to treat a bleeding knee were misplaced.

Amid high drama inside the Arthur Ashe Stadium, with Raducanu serving for the match at 30-30, the British player grazed herself as she took a fall and went break point down.

Fernandez later conceded the tension of the occasion contributed to her complaining to officials about the treatment. 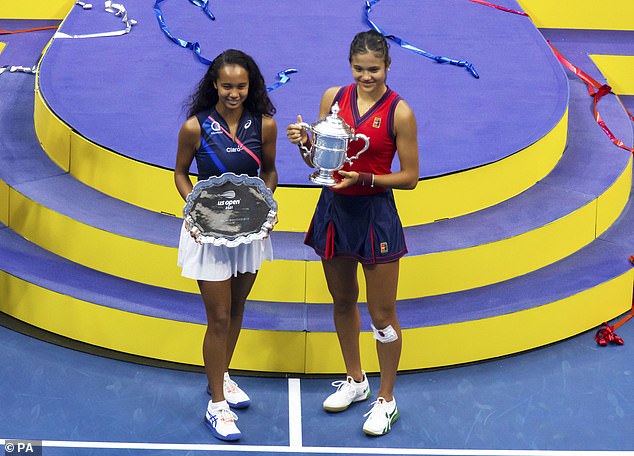 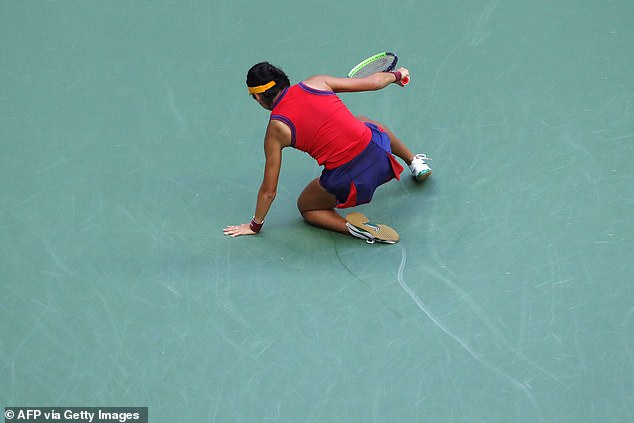 At a crucial point in the match, break point down, Raducanu grazed her knee (pictured above)

‘I honestly did not know what was happening with Emma,’ the 19-year-old said. ‘I didn’t know how serious her fall was, that’s why I went to see the official and ask her about it.

Although tennis matches rarely need to be stopped for blood injuries the rulebook is quite specific, and the correct procedure was followed.

It reads that ‘If a player is bleeding, the Chair umpire must stop play as soon as possible and the sports physiotherapist must be called to court by the Chair umpire for evaluation and treatment. 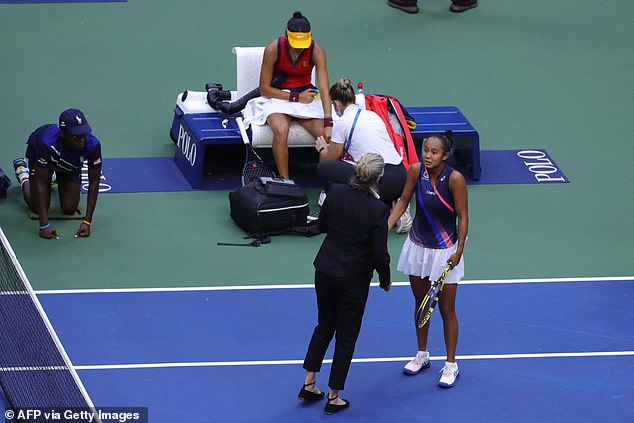 At the time, Canadian teenager Fernandez spoke to officials to air her frustration at the delay 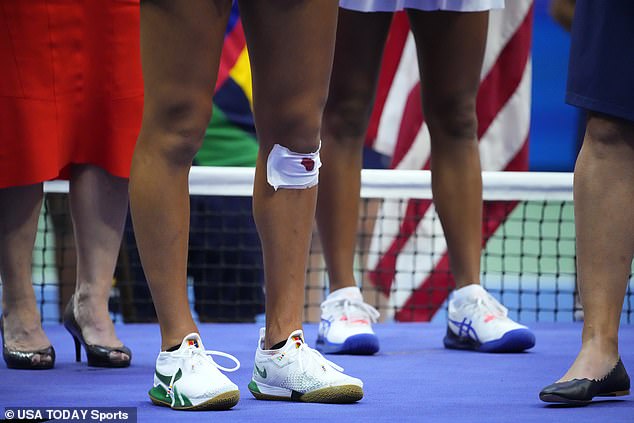 ‘The sports physiotherapist will evaluate the source of the bleeding and will request a medical timeout if necessary.’

Fernandez created two break points in a dramatic final game, but Raducanu saved them both and eventually took the match 6-4, 6-3, converting her third championship point with an ace.

The Canadian was gracious in defeat, saying: ‘Emma is a very good player. She’s been playing incredibly these last few months with a lot of confidence.

‘I unfortunately made too many mistakes. I think Emma noticed it and she took advantage of that.’