Take a closer look at this Baywatch babe. 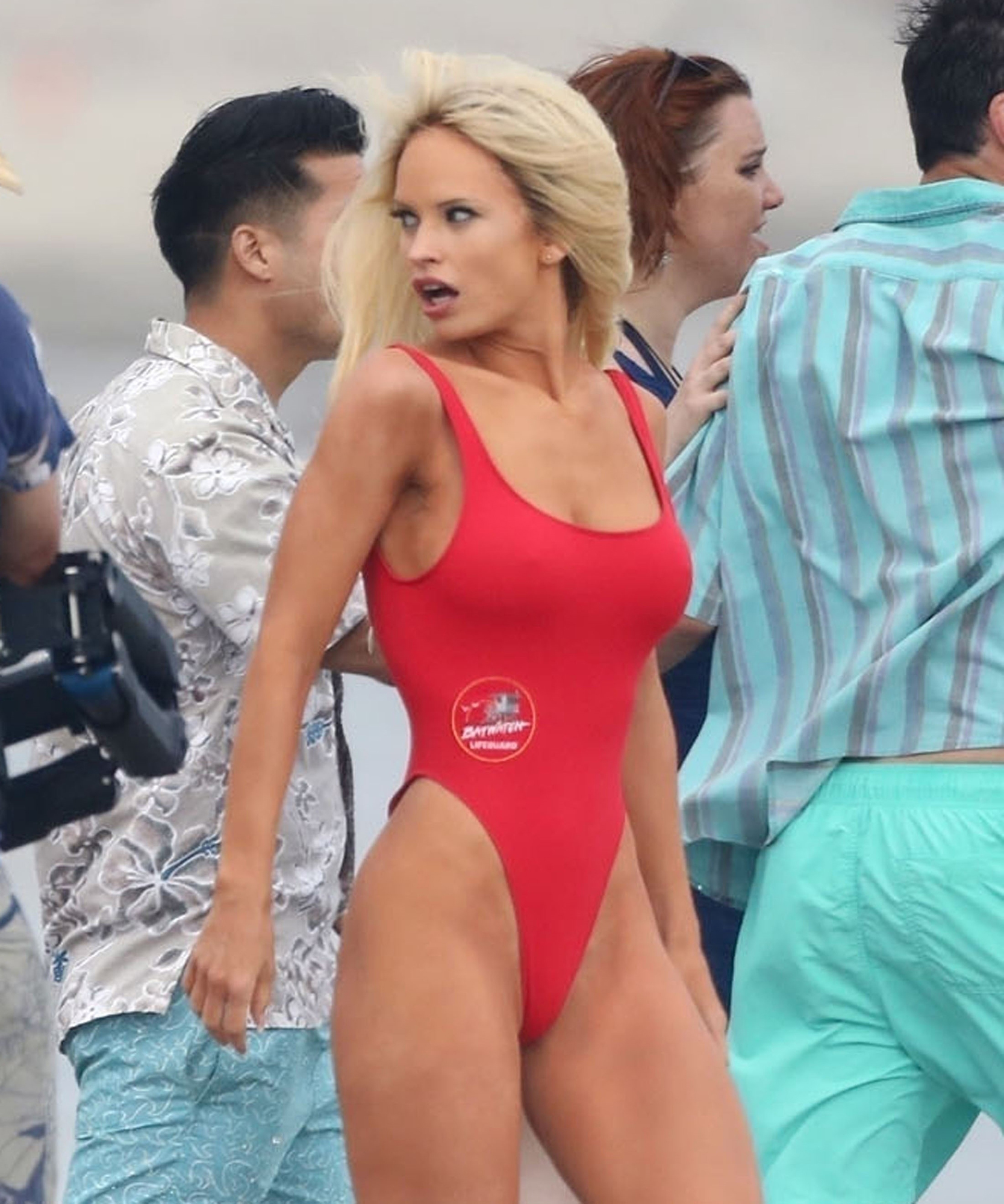 “Pam & Tommy” is an eight-episode biographical drama that centers on Anderson’s rocky 1995 marriage to Mötley Crüe drummer Tommy Lee during the months after their notorious sex tape was released. Lee will be played by “Captain America” star Sebastian Stan.

In the beach scene, James was filmed running into the ocean, ala a signature slow-motion shot from the opening credits of “Baywatch.” 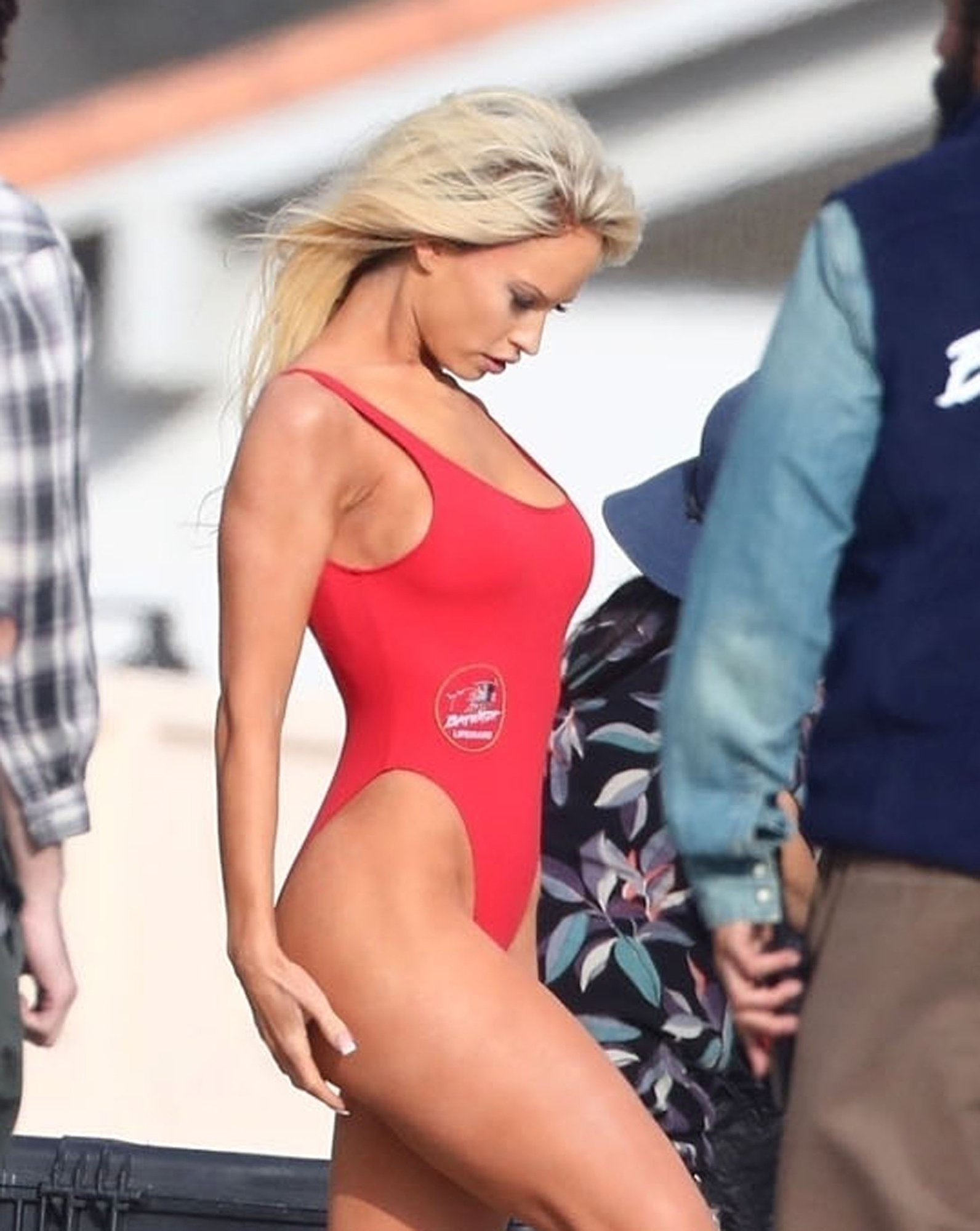 “She really nailed it! They picked the right actress for the role,” said one witness.  “The makeup, hair, everything was on point…She did the OG Baywatch run and walk.”

To make the transformation, James wore her hair in volumizing curlers and was painted with dark makeup before the filming began. 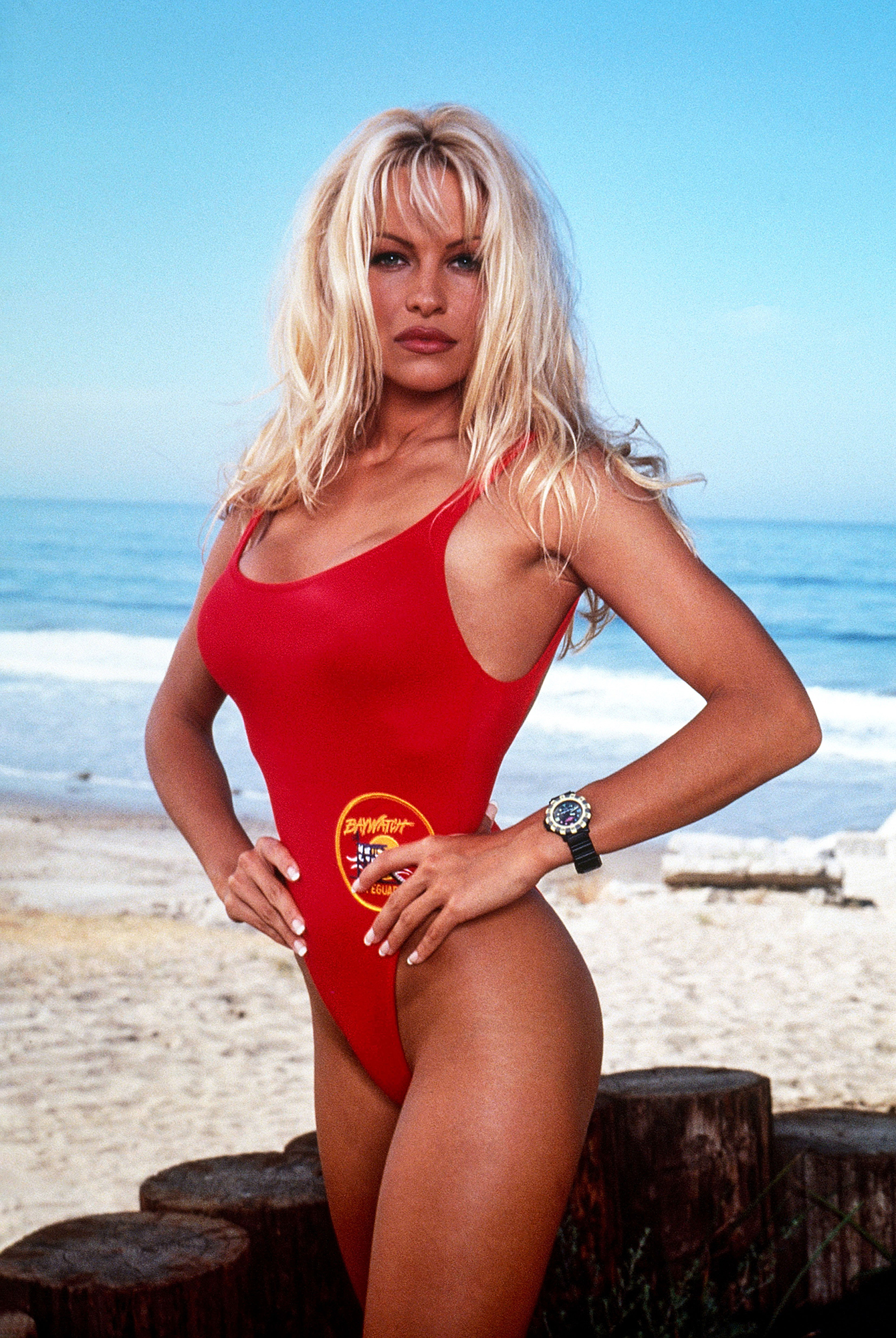 But earlier this week, Anderson reportedly slammed the show as a “cheap knockoff” and said she’d never watch it.

James was also spotted filming in skin-tight blue mini dress this week and her hair up in a messy bun. 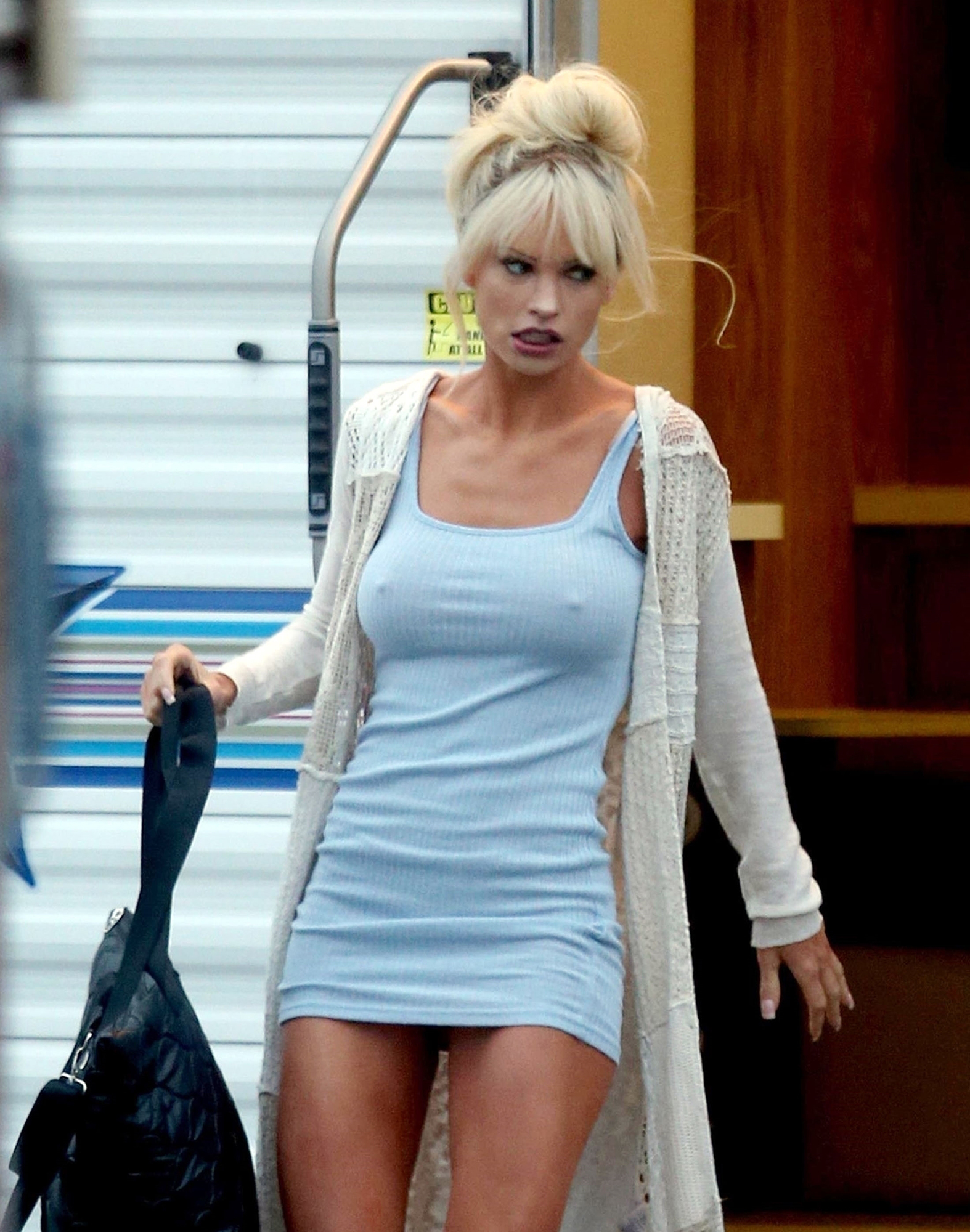 A release date for the series, which is directed by “I, Tonya” director Craig Gillespie, has yet to be announced.

A rep for Hulu didn’t return a request for comment Friday.