Home » Lifestyle » Little Mix on how the band works without Jesy: ‘We’re enjoying it as a three’

Little Mix on how the band works without Jesy: ‘We’re enjoying it as a three’

Jesy Nelson sensationally quit Little Mix in December last year, telling fans that the pressures of fame including infamously ugly attacks on social media, had “taken a toll on my mental health.” The other three vowed to continuue with the band and gave an in-depth, no holds barred new interview over the weekend. Asked, as always, how they had reacted to Jesy’s announcement, Perrie said: “I think, whether you were expecting it or not, if an individual is feeling a certain way, all you can do is be the support system that they need, you have to just be happy for that.”

Leigh-Anne added: “What comes with that sisterhood is that we would always respect what anyone wants to do… You can’t force anyone to want to be in anything.

“Us three are super solid. It’s all about positive vibes, it’s all we want. We’re ready to tackle this year, we have so much amazing things to come.

They were also asked how exactly they would adapt their music and performances with one less voice. 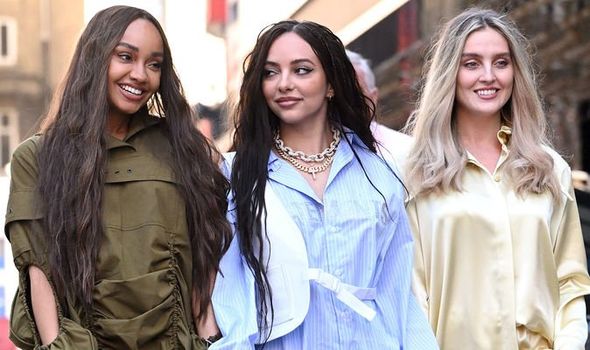 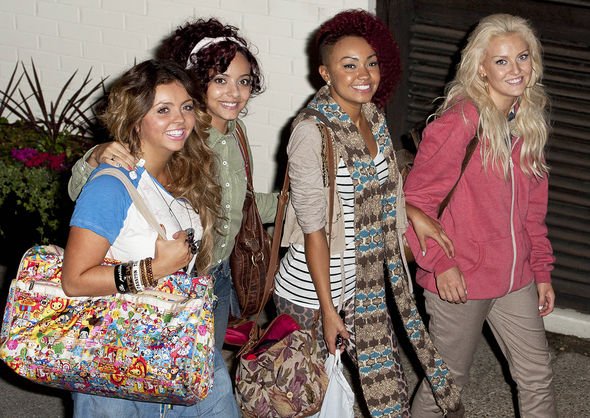 Jade said: “Oh, we haven’t sorted that far ahead. I mean we’ll make it work. We’ll take turns. We’ve done it before if someone is not well.

“We’ve literally had moments when someone’s not well an hour before stage time and we’ve looked at each other and we’re like, ‘We’re really about to go on stage and make it up as we go along.’

“We’ve done it before and it will be fine…”

And then, as the others burst out laughing, Jade added: “We definitely have those moments where it’s like, ‘If there’s a high bit that Jesy might have done, I’m not taking that, hun, somebody else can do it… If it’s a challenging vocal, count me out.'”

Perrie said: “That’s what rehearsals are for. Lots of rehearsal time.”

She also talked about how the band is entering a new era where they have taken back control of their music: “We’re not children, we’re not going to be told what to do.”

Jade added:”There were a few times along the way where we felt pushed into a direction or a song. Almost like a bribe, like ‘if you don’t do this song you can’t have that’.

“There was a point where there was a bit of that and that was a bit unsettling for us. It got to the point when we were like, ‘We don’t care, because we don’t want to do that.’”

Asked what happened at that point, Leigh-Ann said: “Well you end up moving labels.”

Even after the shock of Jesy’s departute just as they embarked on a new era, all three remaining members stressed the importance of their bond.

Perrie said: “As a three we are going to stand our ground, make music that we love, have nice positive vibes this year. That’s all we want. Making music, touring, we are looking forward to all of it, just enjoying it as a three.

“The main thing that has kept us going for ten years is our friendship. Our understanding of each other and how much we love and adore each other. And we all want the same thing.” 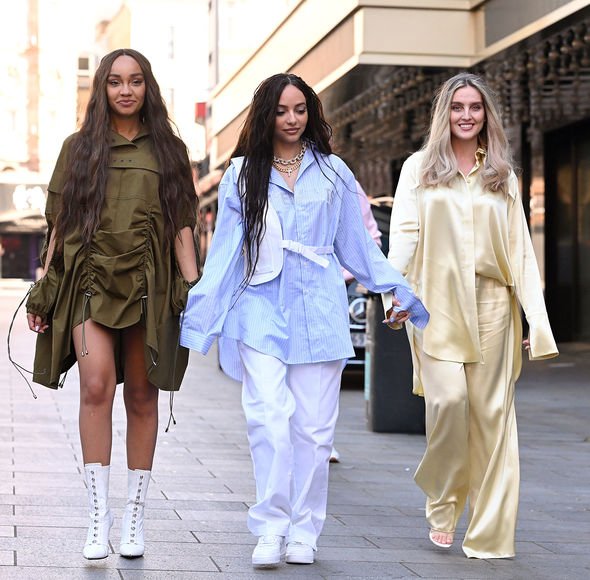 With Jesy going public about her mental health battles, the other rthree have also spoken about their dedication to group and individual therapy sessions.

Jade said: “We see each other 24-7. Sometimes the boundaries are blurred between work balance and life balance, we’re family, we’re work colleagues…

“It’s important for us to make sure that we’re in a space where we can disagree with each other or be there for each other, always in the right healthy way. We are big believers in doing that and not ashamed of doing that.” 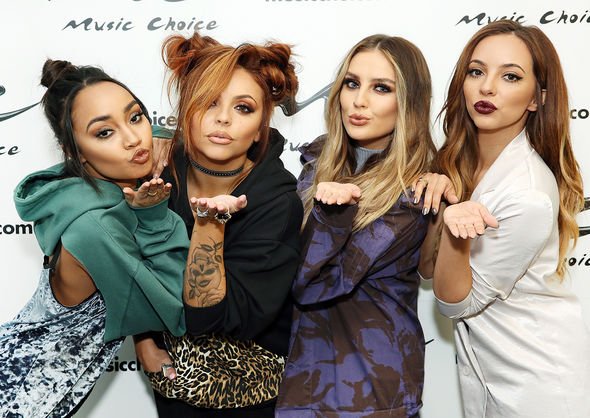 Jade explained that their unity had always meant they resisted attempts to promote any of them as a lead singer.

She said: “We have always had the same vision, we always wanted to be equal. Nobody wanted to outshine someone else.

“The moment that happens in a group dynamic, the cracks start to show, like someone has a bit more of an ego. We have always been determined to remain equal people on our team, even when over the years people on our team or whoever might have suggested otherwise.

“We have said no, we know it works better, it is healthier for us doing it that way. And it has got us where we are now.

“We have the same ambition and the same agenda and are there for each other without trying to outdo each other.”

The girl say they are happier than ever and full of plans for the future.

Jade added: “We’ve been doing a lot of writing… We’re a trio now. We want it to be all about celebrating the success we’ve had so far. We can’t believe we got this far. Ten years for a girlband is unheard of.

“We’re keeping the positive energy this year. We want to say to the world, we might be a three-piece now but we’re still here, still together. We want to keep making music for our lovely fans.”