CURTIS JONES gave Liverpool fans something to smile about during their nightmare international break with his first Young Lions goal. 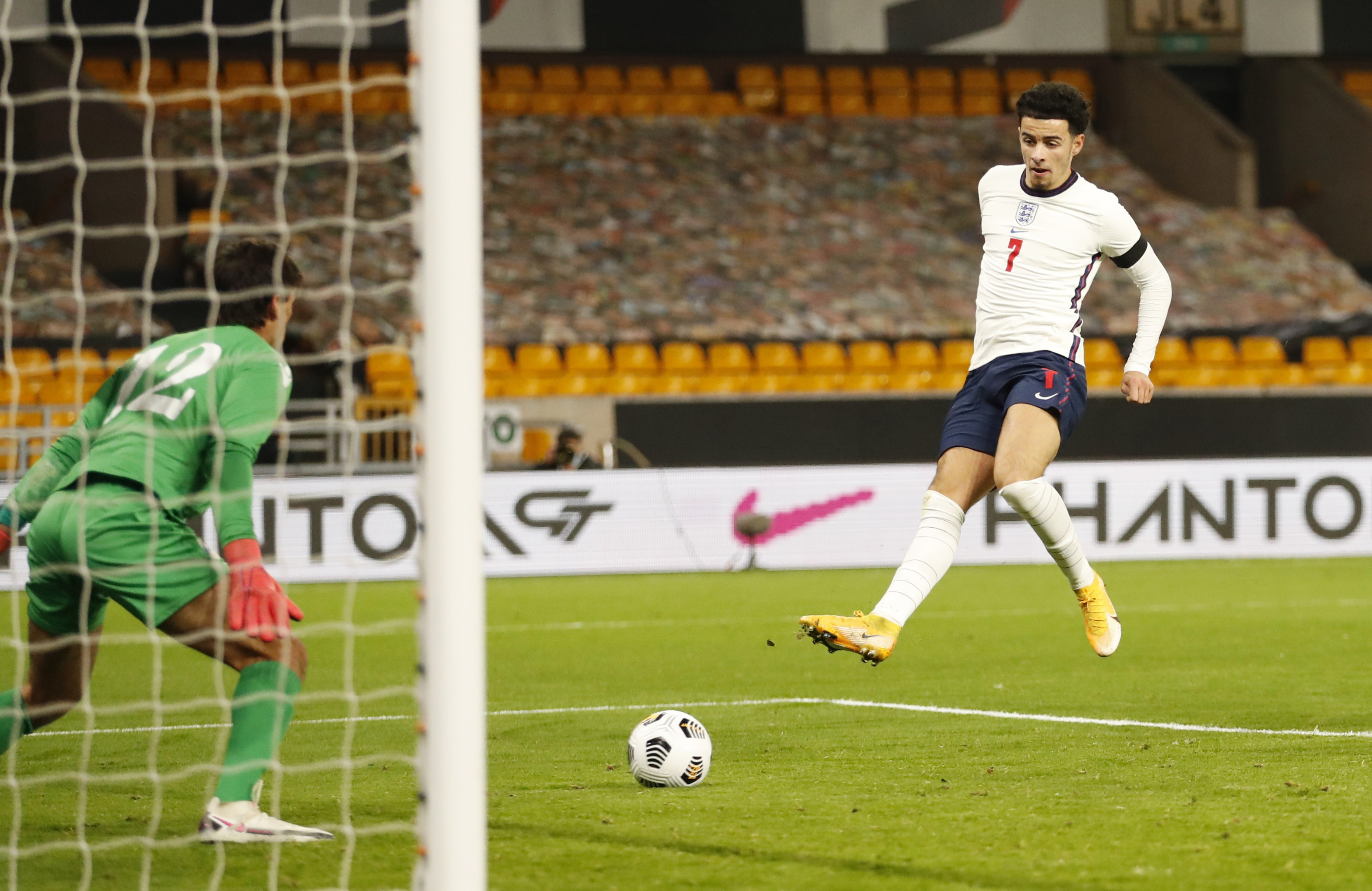 The misery was compounded when talisman Mo Salah tested positive for Covid-19 while away with Egypt.

But whizkid Jones only provided good news as his cool finish set the already-qualified England Under-21s on their way to exacting revenge over Andorra.

The Pyrenees minnows, who secured a 3-3 home draw against Aidy Boothroyd’s men, did make their hosts work for it when Christian Garcia converted a penalty just before the break.

Another embarrassment was avoided though thanks to Ben Wilmot’s header and a Callum Hudson-Odoi penalty in the second half.

Jones caught the eye, as did his Reds team-mate Rhys Williams, whose role at Anfield this year is likely to be far more active than expected with Gomez and Van Dijk crocked.

Their old team-mate Rhian Brewster looked like he might be the latest injury victim of this break when Eric De Pablos landed on his foot inside six minutes.

The striker, who left Liverpool for Sheffield United this summer, shook off the blow and struck a post soon after following an electric burst past the visiting backline.

The breakthrough came on 27 minutes when Hudson-Odoi floated a pinpoint delivery to the far post and Jones did the rest with a confident strike.

Never to be underestimated, Andorra were level just before the break when Conor Gallagher tripped Eric Izquierdo in the box.

Skipper Garcia, who had scored a brilliant lob in the dying minutes to secure that 3-3 result, sent Aaron Ramsdale to spark wild celebrations from the men in red.

The joy was short-lived, though.

Within four minutes of the second half, Wilmot got in front of the goalkeeper to nod home Dwight McNeil’s corner and register his maiden strike at this level.

A feisty encounter was killed as a contest just after the hour when England won a spot-kick of their own.

Garcia tripped Brewster as he attacked a Jones pass and Hudson-Odoi did the rest, smashing into the corner.

It ensured the Young Lions extended their undefeated run in qualifying games to 44 – with their last loss coming exactly nine years ago today.