Lonely people are more likely to start smoking, smoke more and find it harder to give up, study finds

Long periods of loneliness, such as those experienced during the current coronavirus lockdown, makes smoking habits worse, according to a new study.

The team at the University of Bristol used genetic and survey data from hundreds of thousands of people to conclude that loneliness is a direct cause of smoking.

Possible explanations include cigarettes being a source of comfort or alleviator of anxiety, or simply providing a familiar activity that can fill long time periods.

But in a cruel vicious cycle, smoking has also been suggested to increase people’s loneliness, likely due to nicotine interfering with dopamine in the brain. 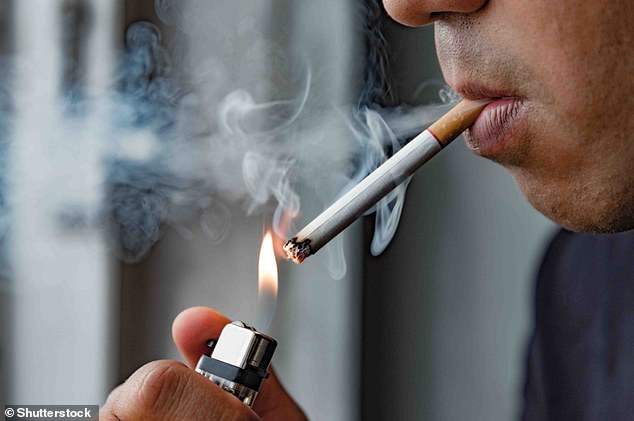 YouGov’s Covid-19 tracker also suggests 2.2 million people across the UK are smoking more than they were before lockdown, while loneliness has also increased in many households due to the virus.

Meanwhile, smoking is the leading cause of preventable premature death, with 30 times as many people who die suffering serious smoking-related illnesses such as cancer, heart and respiratory disease.

‘Suddenly, the whole of the UK has become more socially isolated than ever before, and for many people this will likely increase their loneliness,’ said co-lead author Dr Robyn Wootton at Bristol Medical School.

‘We found evidence to suggest that loneliness leads to increased smoking, with people more likely to start smoking, to smoke more cigarettes, and to be less likely to quit.

‘We were really interested to find that loneliness decreases the likelihood of stopping smoking and we think this is a really important consideration for those trying to stop smoking during the pandemic.’

Although numerous studies have shown there is an association between loneliness and smoking, it’s been difficult to determine which one is the cause and which is the effect.

For their study, researchers used ‘mendelian randomization’ – an epidemiological technique that uses differences in genetic to distinguish a simple correlation from ‘causation’, or one factor directly causing another.

Researchers at the University of Bristol say our genes influence how much we eat, sleep, drink and smoke, as well as numerous other day-to-day behaviours.

These genetic influences are not influenced by outside, or ‘confounding’ factors, meaning they’re a good way of studying cause and effect – the ‘mendelian randomization’ method in a nutshell.

‘This method has never been applied to this question before and so the results are novel, but also tentative,’ Dr Wootton said.

While researchers can now confirm loneliness leads to smoking, they also suggest both factors act as cause and effect, influencing each other.

‘Our finding that smoking may also lead to more loneliness is tentative, but it is in line with other recent studies that identified smoking as a risk factor for poor mental health,’ said senior author Dr Jorien Treur.

‘A potential mechanism for this relationship is that nicotine from cigarette smoke interferes with neurotransmitters such as dopamine in the brain.’

After also investigating the relationship between loneliness and alcohol use and abuse, the Bristol team found no clear evidence for a causal relationship.

‘While the method that we used in this study has important advantages, it is also early days for this type of study,’ said Dr Treur.

‘We therefore suggest further research is conducted when more is known about the genetics of alcohol dependence and loneliness.’

According to the Office of National Statistics (ONS), during the first month of lockdown the equivalent of 7.4 million people said their well-being was affected through feeling lonely.

‘Lonely’ people were more likely than others to be struggling to find things to help them cope and were also less likely to feel they had support networks to fall back on due to social distancing requirements. 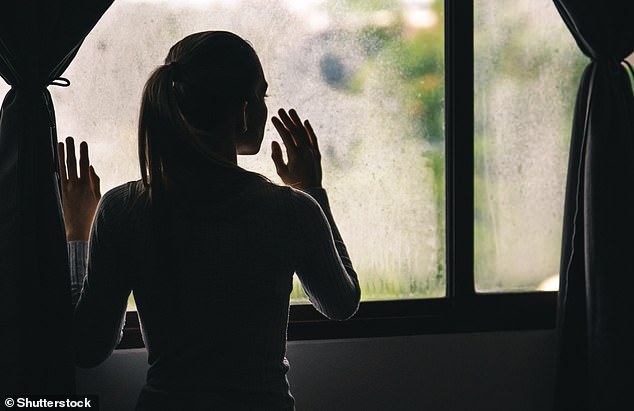 According to the Office of National Statistics (ONS), during the first month of lockdown the equivalent of 7.4 million people said their well-being was affected through feeling lonely

The government’s recent relaxation of measures – including social support ‘bubbles’ – allowing adults who live alone or with dependent children to visit people in one other household – may have beneficial physical effects beyond just mental health, the research suggests.

‘This research highlights the need for smokers suffering from loneliness to be given support to stop, to improve not just their health and wellbeing but also to help reduce their loneliness.’

The study has been published in Addiction.

RESEARCH SUGGESTS THAT IT IS POSSIBLE TO DIE OF LONELINESS

Research suggests it is possible to ‘die of loneliness’.

A major study published March 2018 suggested social isolation can increase the chance of a stroke by 39 per cent and premature death by 50 per cent.

Loneliness may raise the risk of a heart attack by more than 40 per cent, researchers found.

The analysis was based on the health records of 480,000 Britons – making it the largest study of its kind.

Those who already had cardiovascular problems were far more likely to die early if they were isolated, suggesting the importance of family and friends in aiding recovery.

The research team, which included British academics, said lonely people had a higher rates of chronic diseases and smoking and showed more symptoms of depression.