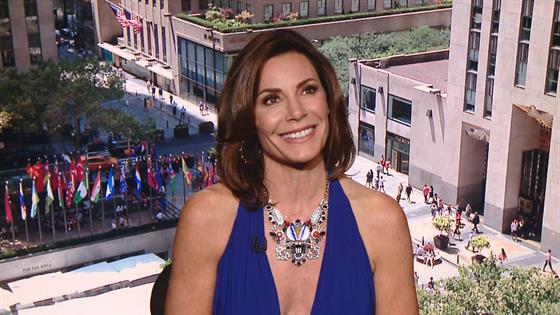 Luann de Lesseps has maintained a role—and a main one at that, with the exception of a single season—on The Real Housewives of New York City since the beginning of the show, meaning she’s truly seen it all. To give us an idea of what her life has been like for more than a decade, she exclusively opened up about the series, her fellow cast members and of course, the current season of RHONYC, to E!’s Pop of the Morning host Lilliana Vazquez on an Instagram Live Tuesday.

“For me, it’s really about a season of redemption,” Luann said of the show’s 12th season, currently airing week to week on Bravo. “I’ve been through a lot the last couple of years and I’m finally feeling good and back in the driver’s seat. I feel like it was a major reset button, somehow; like this season is a reset button for me.”

She added that the season has “a different energy” than other recent ones, due in-part toBethenny Frankel‘s decision to quit the show.

“I always say, you know, Bethenny…it was great and she was a great addition to the cast, obviously. But she was the one who decided to leave. And quite frankly, she takes up a lot of the oxygen in the room,” Luann explained. “So I feel like the women have more room to breathe now, and really get to show more of their personalities. Because she just took up a lot of oxygen. I feel like everyone’s breathing a little easier.”

This includes new housewife Leah McSweeney, who Luann said she feels that people identify with since she’s “a tough New Yorker” yet “vulnerable at the same time.”

While certainly not a new addition to the cast like Leah, Jill Zarin is also set to make an appearance or two this season according to Luann.

“I love Jill! And she was there from the very beginning,” Luann said before dropping the name of another former housewife that she thinks deserves a second chance: Aviva Drescher.

“I thought Aviva was a good housewife!” she added, reminiscing with Lilliana on the now-famous scene in which she took off her prosthetic leg and tossed it across a table. 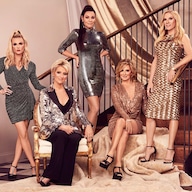 The Best RHONY Episodes to Re-Watch While at Home, According to Ramona, Luann & Tinsley!

Luann was unable to explain how the two ended up together during the group’s “hysterical” night in the Hamptons, but she did reveal who brought the vibrator—err, vibrators.

“Well, what did happen was that Dorinda brought, like, four or five vibrators. She didn’t have enough to go around!” Luann explained. “And that scene didn’t make it in—we were all talking about vibrators and whatever.”

She went on to add that although the evening was fun, she struggled to remain sober.

“It was tough going through that party without drinking. It hasn’t been easy,” Luann explained. “I didn’t cave so I was very proud of myself. And I was just amused by watching them. I was like, ‘This is better than drinking.'”

This season’s crazy antics are apparently far from over, especially when it comes to the group’s upcoming trip to Mexico. Luann specifically promised “a lot of drama,” but no falling into bushes like she’s done before on vacation.

“…but maybe falling into some boys!” she added.

Fans can also look forward to a reappearance from her ex, Jacques Azoulay, as well as new music—a song titled “Viva La Diva”—courtesy of a collaboration with producer Desmond Child.

If that doesn’t get you excited for the rest of season 12 of The Real Housewives of New York City, we don’t know what will!