ONE lucky punter landed the 'cash out bet of the season' after turning £4.29 into £56k.

The Ladbrokes customer placed a 174,000/1 in-play eight-fold accumulator during half-time in the Manchester derby that would have returned £750,109.29! 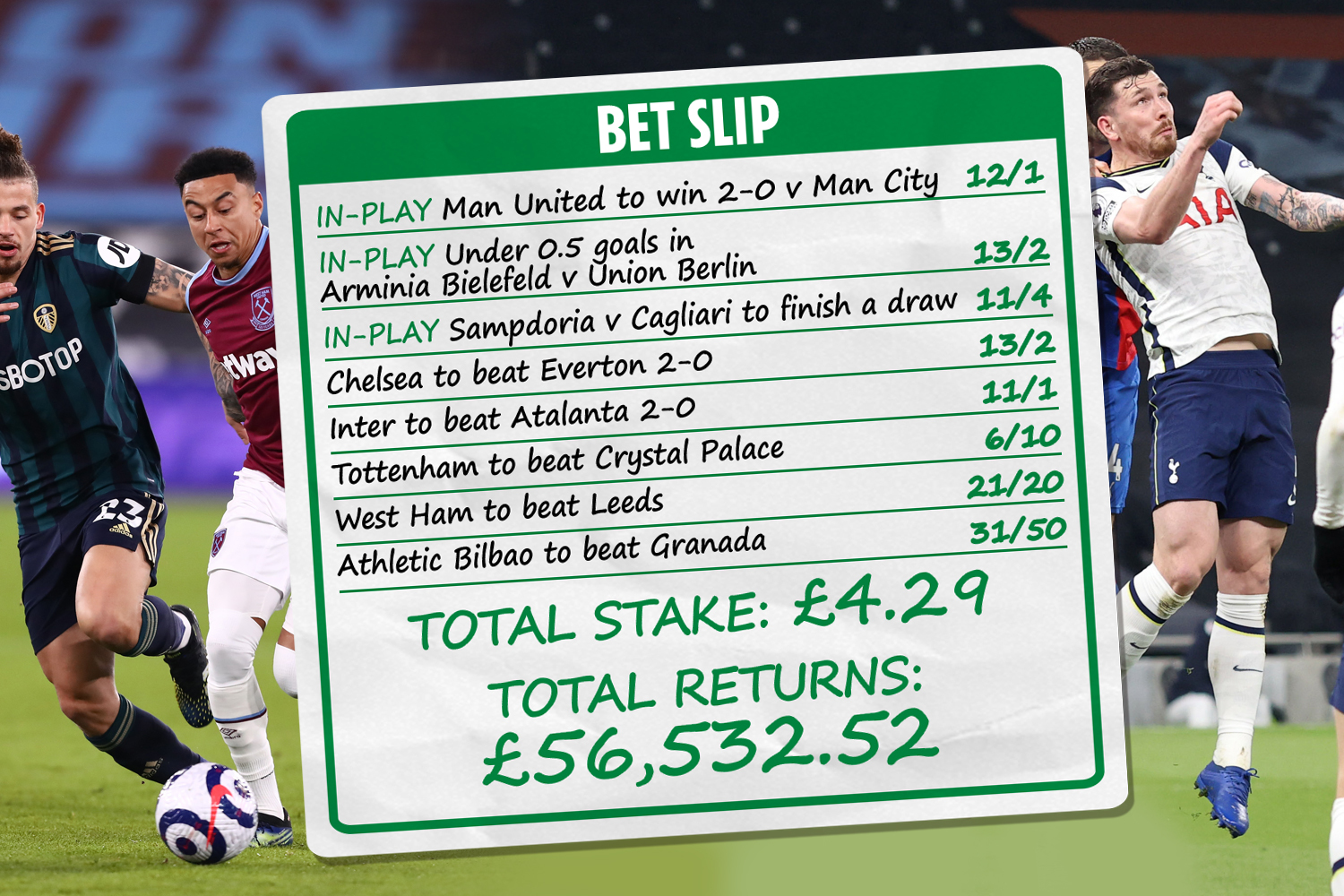 The punter, who wishes to remain anonymous, watched on as Luke Shaw netted his first goal since August 2018 to win the game 2-0 at 12/1.

But that was just the first of THREE three correct score predictions.

He also backed Chelsea to beat Everton 2-0 the following day at 13/2 and that the Bundesliga game between Arminia Bielefeld and Union Berlin would finish goalless at 13/2.

A 91st minute winner for Athletic Bilbao against Granada kept hopes alive while also correctly predicting a West Ham victory over Leeds at the London Stadium and a Tottenham win. 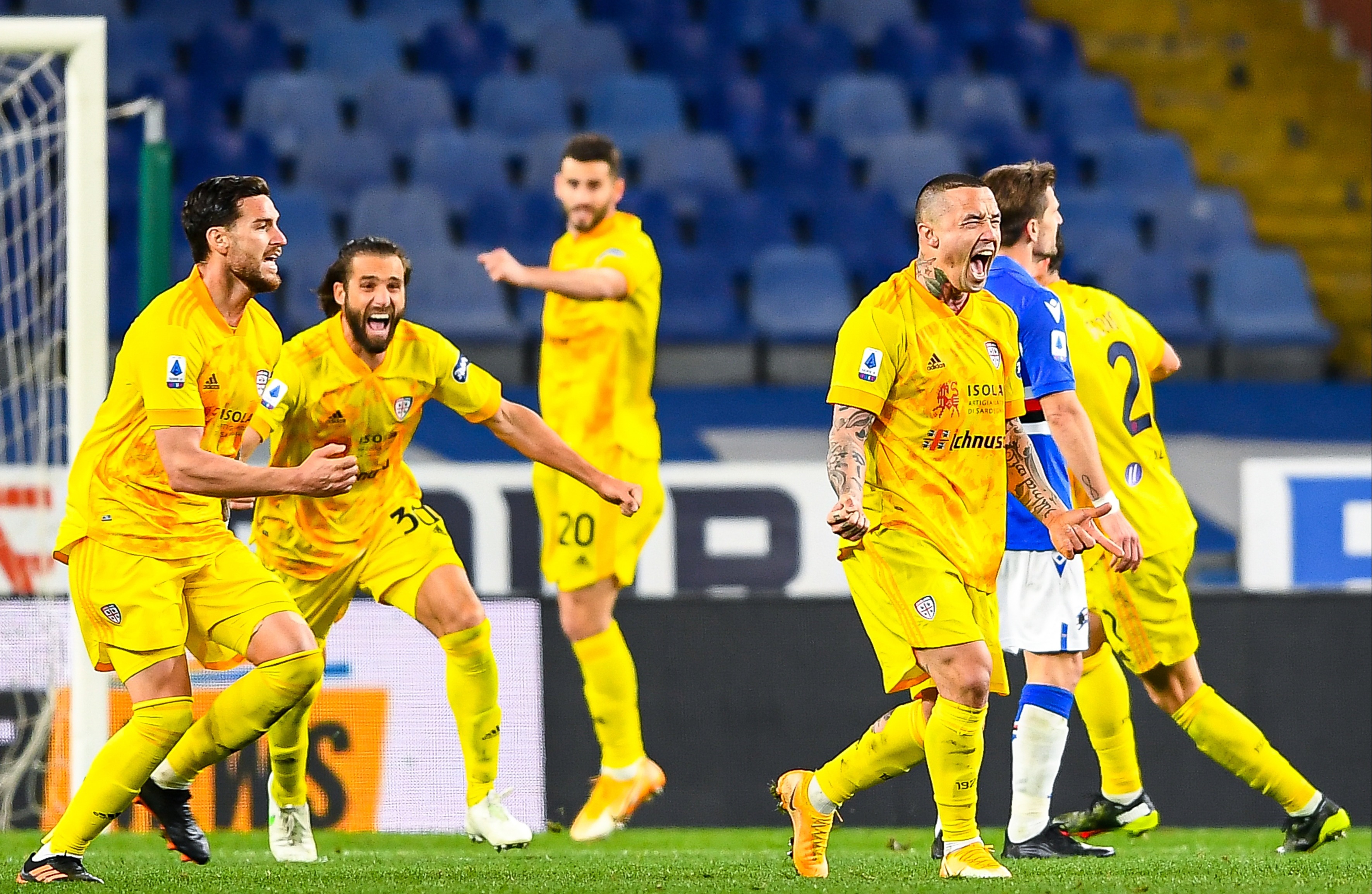 And if that wasn't fortunate enough – how about a 95th minute equaliser in the Sampdoria vs Cagliari match, with the customer backing the draw after the visitors took an early lead.

Having already landed seven of his eight legs, it all came down to Inter Milan vs Atalanta.

The decision proved a great one with Antonio Conte's side failing to double their tally.

If the customer have let the bet ride, he'd have won absolutely nothing.

Alex Apati of Ladbrokes said: "In-play bets, correct scores, last-minute goals and the savviest cash out we've seen all season, this bet really did have it all."