Home » Lifestyle » Lucy Hale's Banana Bread Was a Hilarious Disaster: 'This Is Mortifying'

Lucy Hale's Banana Bread Was a Hilarious Disaster: 'This Is Mortifying' 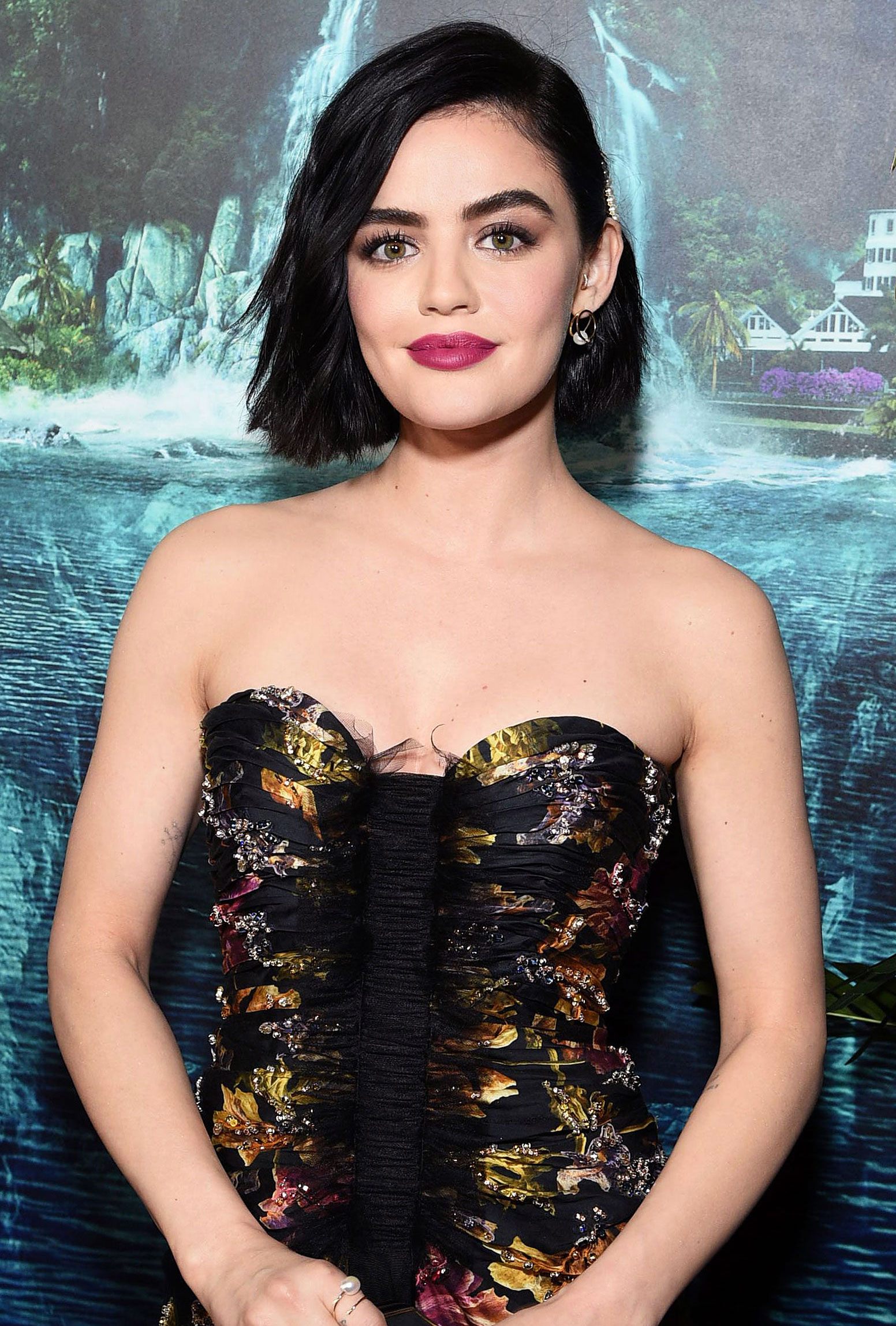 Baking fail! Lucy Hale tried her hand at whipping up some banana bread while cooped up at home amid the coronavirus pandemic recently and it went hilariously wrong.

The Katy Keene star, 30, filmed her baking adventure as a YouTube video for W Magazine on Wednesday, May 13, and detailed how she made her “quarantine banana bread” from start to finish.

Though Hale noted that she was making the confection using a recipe she found on Pinterest, she also explained that she planned to add her own touches to the treat, including some dark chocolate chips and peanut butter, which she wanted to place in the middle of the bread.

“I’ve never done this before,” she said of the latter addition before the baking even began. “But we’ll see how it goes.”

As she began mixing all of her ingredients together, Hale acknowledged that she was in the midst of baking a very trendy food. “I’ve been seeing on Instagram that everyone is baking banana bread. It’s, like, a thing,” she quipped. “It’s a phase of quarantine.”

Though most of the baking process was uneventful, things began to take a turn for the worse when the Tennessee native began adding her peanut butter to the batter (which was already layered in a baking dish) and it wasn’t as spreadable as she anticipated. “I’m just gonna do clumps of peanut butter in different areas. It’s not very pretty,” she admitted with a laugh.

Once the bread was in the oven, Hale said she planned to bake it for an hour, “give or take a few minutes.”

After remembering that her last attempt at banana bread was a bit overcooked, the Fantasy Island star, who noted that her oven was “newer and faster,” removed the treat after less than 40 minutes because the edges were starting to burn.

However, after letting the banana bread cool for about an hour, Hale realized that she’d probably taken it out of the oven too soon. “I have no words for what I just walked into,” she said with a laugh. “It’s a fail. This is a baking fail.”

The Truth or Dare star then pivoted her camera towards the confection, which had a hole in the middle of a sunken center. “What the hell is that?” she exclaimed. “What did I do? I clearly didn’t bake it long enough.”

The Life Sentence star added: “Whatever I told you to do in the video, don’t. Do the opposite.”

When Hale attempted to free the bread from the pan, the hole at the top opened up completely and plenty of partially cooked batter fell out. “This is mortifying,” she said as she covered her face with her hands. “I couldn’t even make this up if I tried.” 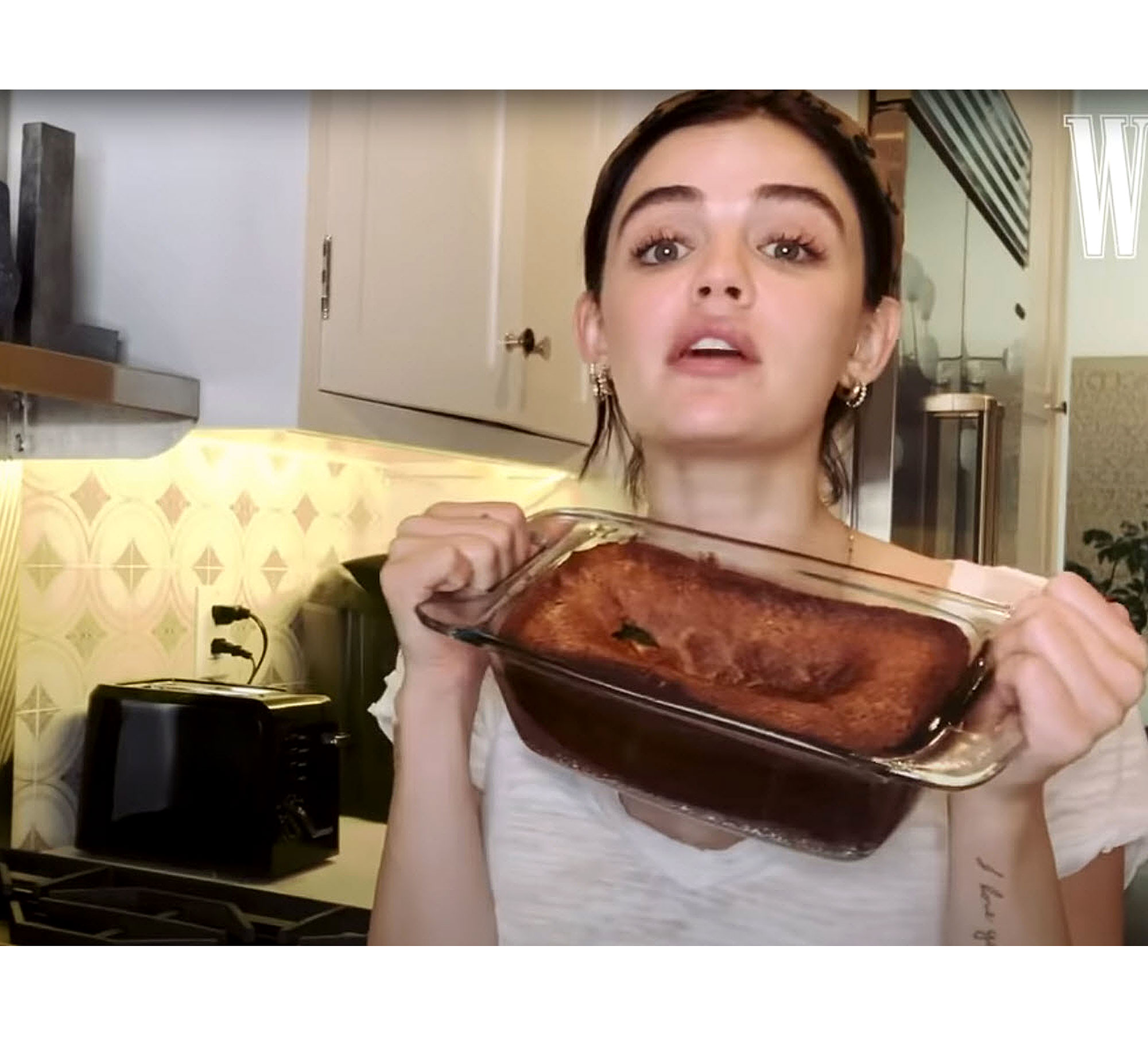 Despite the fact that her pastry looked “like apple sauce,” Hale still gave it a try and was pleasantly surprised. “It’s really good,” she said as she took a bite. “This would’ve actually been great if I cooked it [for] the appropriate amount of time … I tried.”

As she put it on Twitter: “When @wmag asks you to bake banana bread for their #WithMe series …YOU BAKE THE BREAD. Even if it’s a total and utter fail.”