JULIAN DICKS, the Bundesliga and Brits swerving Coronation Street to watch her have all made Ellen White into the goal machine she is today.

The Manchester City strike sensadtion, 31, is in a tug of war with Arsenal ace Vivianne Miedema at the top of  Women’s Super League’s all-time scoring list. 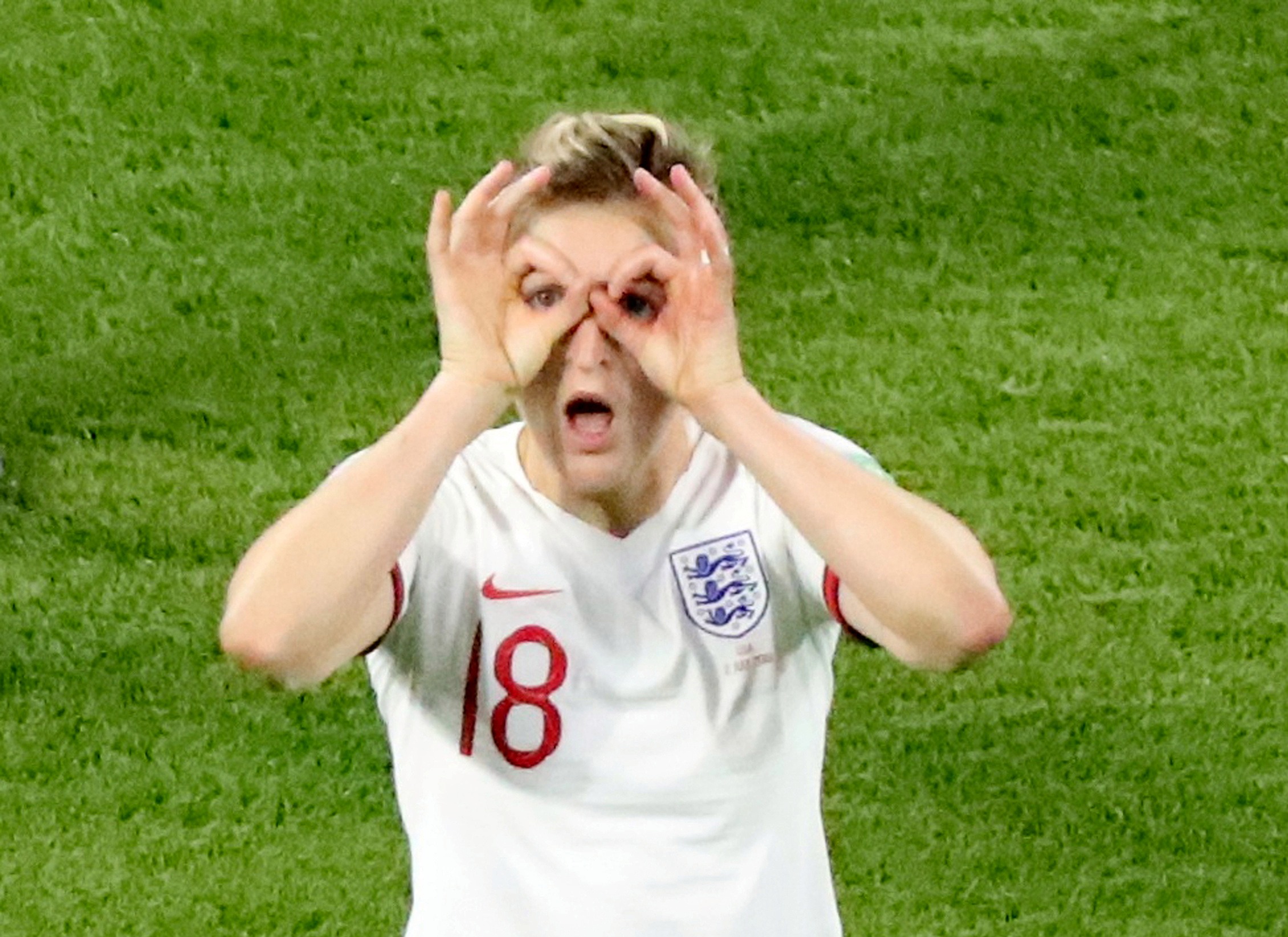 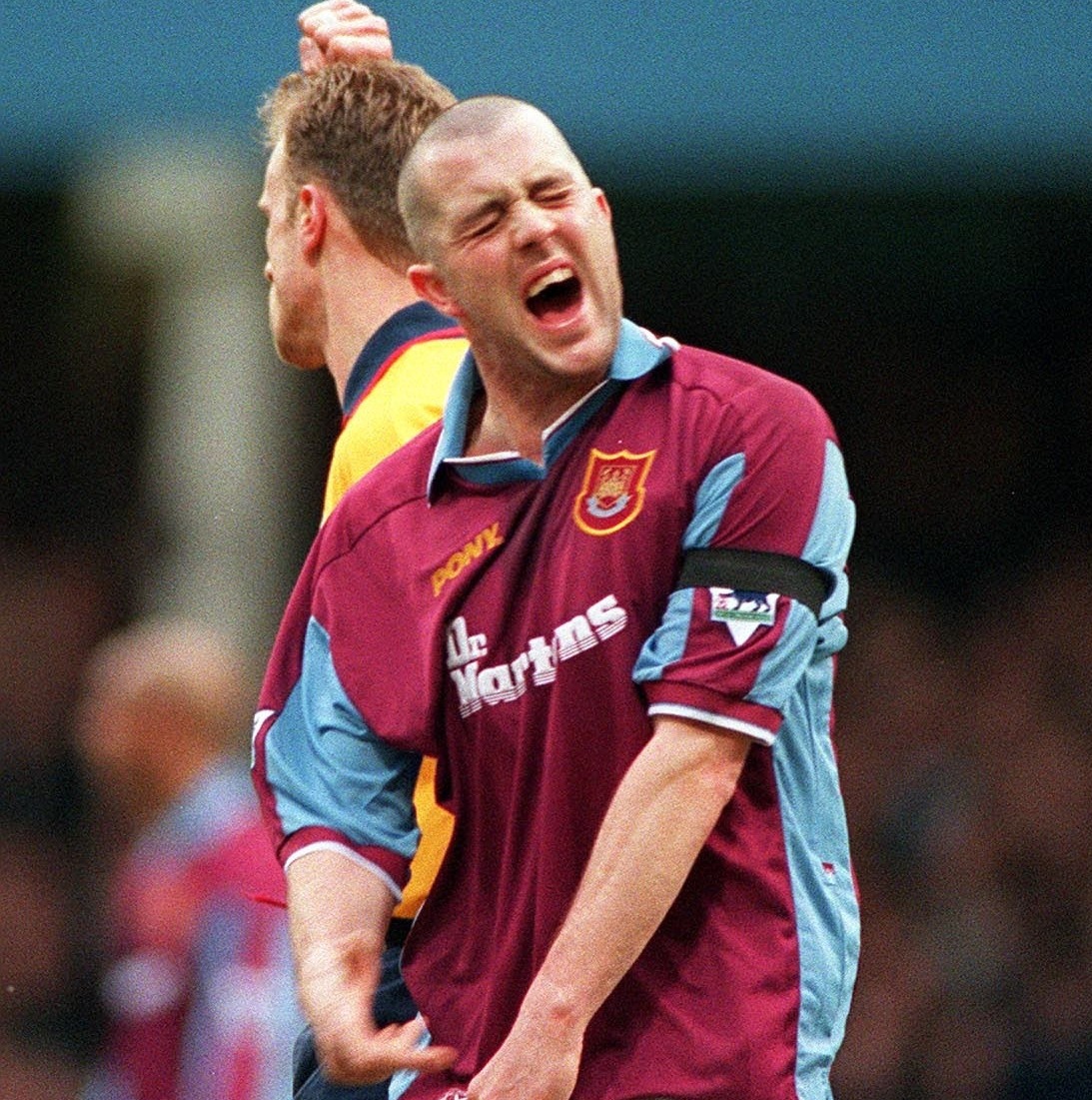 Buckinghamshire-born White wrestled her rival from the No 1 spot with her 55th WSL goal in a 2-1 win at the Gunners last month.

She celebrated that day like she did as a kid playing in her local park.

Holland star Miedema, 24, had nudged back in front — but the pair are now deadlocked on 56.

And life-long West Ham fan White reckons the many trips to Upton Park as a kid — especially when  Dicks was Hammers skipper — helped fuel her obsession with football.

The striker said: “I used to love Upton Park.

“The atmosphere was incredible, chanting all the songs, we were pretty much hooligans at those West Ham games.

"My dad took me to watch them train when I was a kid and I got Dicks’ and Frank Lampard’s signature. I don’t know why but I loved Julian Dicks.

“I thought he was amazing, left-footer, the way he took penalties was insane. He was a bit off his head but he was so passionate and loved the game.

“Being a West Ham fan you have to be a very passionate supporter.

“I feel like in my household, me, my mum, dad, brother and sister we’re very emotional West Ham fans. We love the club so it was kind of ingrained in us.” 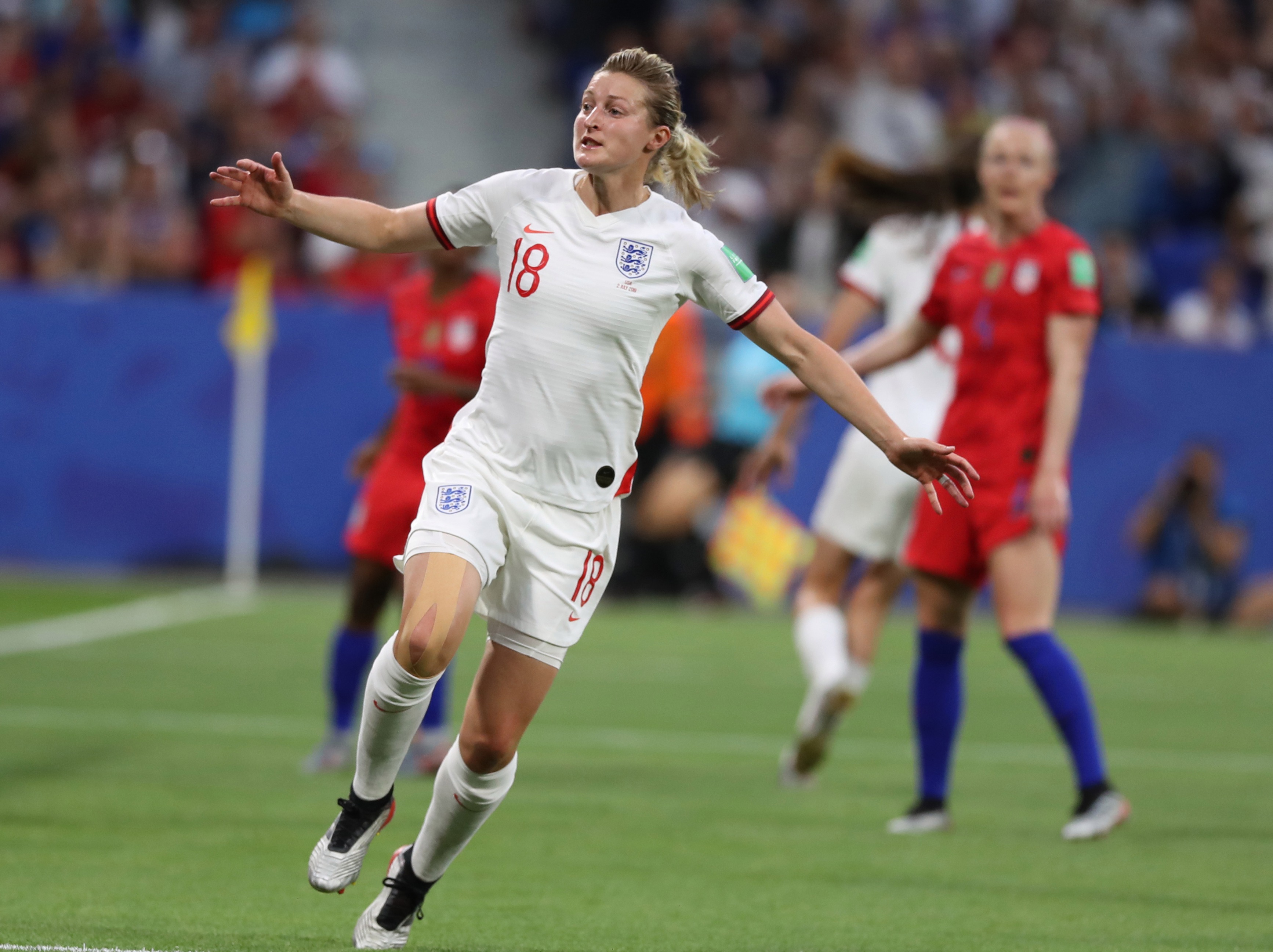 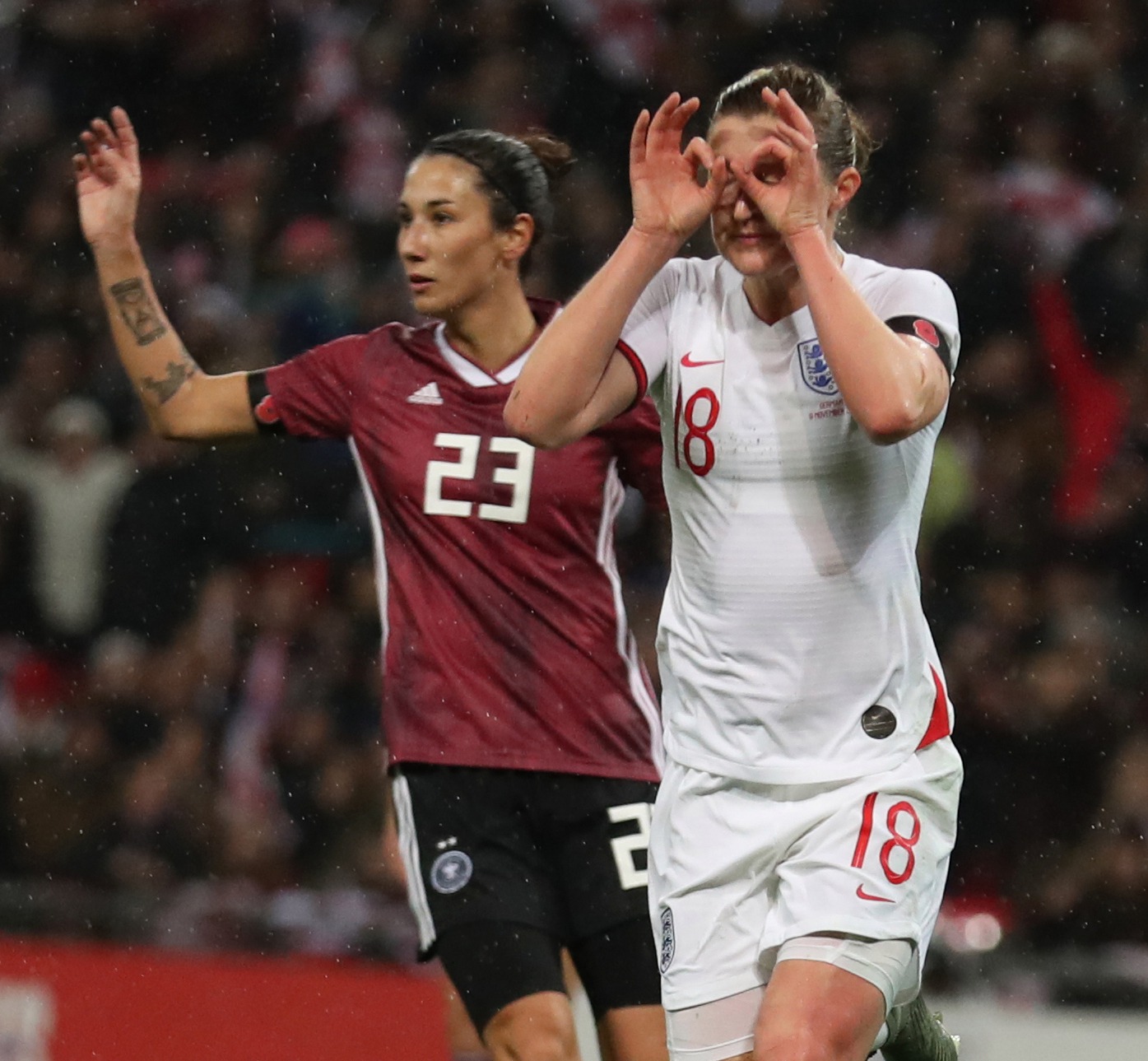 White is very patriotic and it was no surprise she became England’s poster girl of the 2019 World Cup in France.

Her goals, her trademark goggles celebration and teary interview — when the Lionesses crashed out of the semi-finals 2-1 to the USA — left the nation bursting with pride.

White, who also boasts 39 international goals, said: “One of my main driving forces is thinking about this year’s Tokyo Olympics and the home Euros in 2022.

“As a kid I never envisaged playing for England. Having fun and the love for football was my inspiration.

“I came off social media during the World Cup so I could solely focus on being present and working hard for my country.

“When I came back it was crazy seeing how many people were doing my celebration, from kids to older people.

"I had quite a few people saying they turned over Coronation Street to watch and I was like, ‘There you go, we won then’.

"People were clicking on their TV and it was so accessible."

One picture sums up White, it is hands cupped around her eyes in the shape of binoculars, for her signature celebration.

It is a nod to French striker Anthony Modeste — who she began following thanks to weekend breaks in Cologne with her husband Callum Convery. 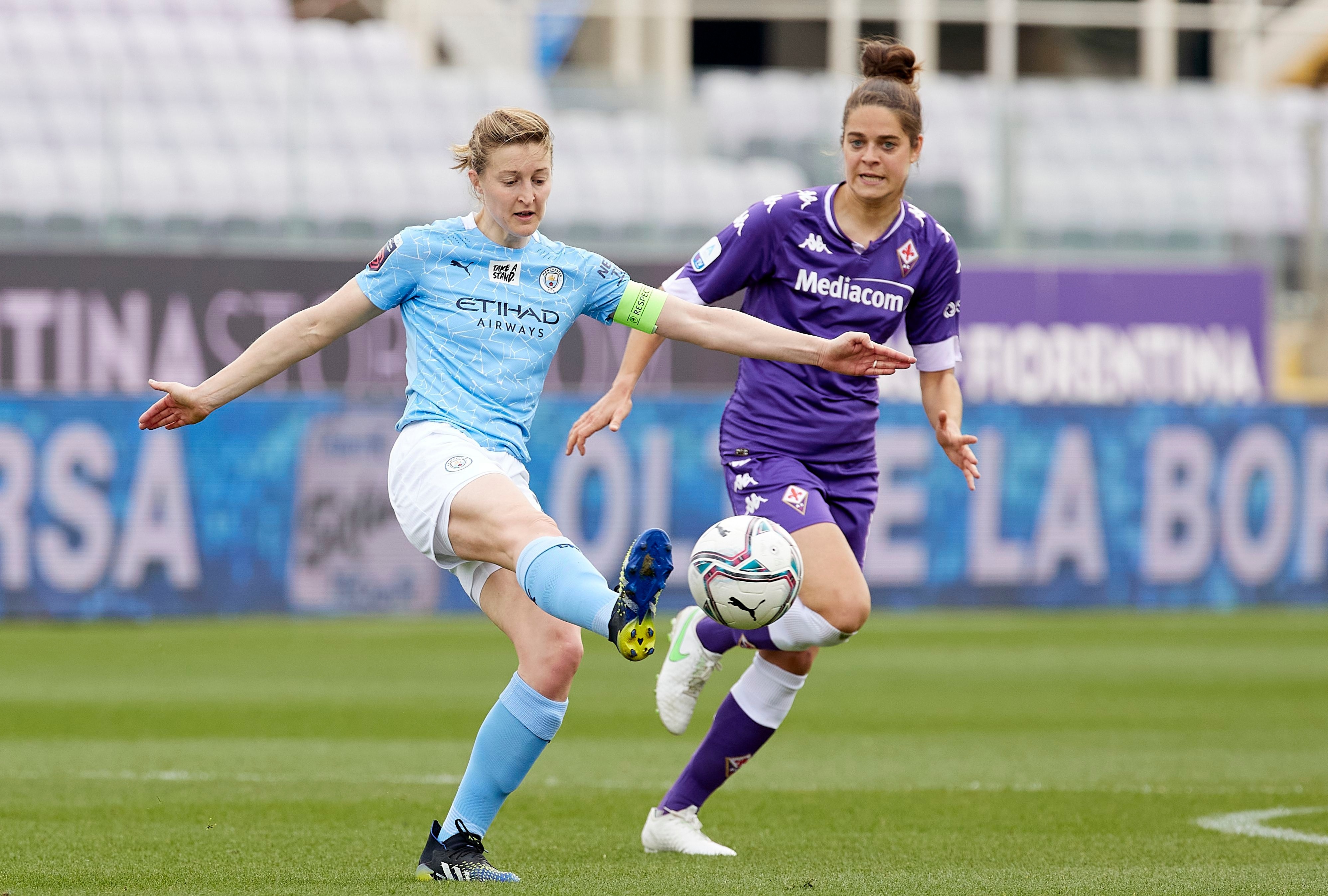 She added: “We absolutely fell in love with Cologne.

“We’ve been to numerous games now and become big fans of the club.

“I don't drink but I think one of the main reasons my husband likes it is that you get like a massive pint glass!

“We saw them playing Dortmund and the atmosphere is incredible over there.

“Cologne won 3-2,  Modeste scored and a Dortmund fan high-fived me, it was brilliant.”

White hopes to let her feet do the talking as City take on Barcelona in today’s Champions League quarter-final first leg.

The striker is very humble when it comes to her rival Miedema — who became the first player to hit a half-century of WSL goals in November.

White said: “Miedema is  a phenomenal player in what she’s achieved for Holland and Arsenal.

"But it’s been a good battle and people are excited about it.

“For me, I just love playing for City. One of the reasons I signed for them in 2019 was to be involved in the Champions League.

“We’ve really started to come into our own now and understand boss Gareth Taylor’s philosophy.

"Everything is really starting to come into fruition now.”

Hammers fan White is now living and breathing life in the blue half of Manchester.

City icon and boss Taylor, has helped inspire the women to a title race and glory on the European Stage this term.

When asked about Taylor, who took over from Nick Cushing in May last year, White said: "I would go back to the word passionate, he is very passionate.

"I think when he first came in it took us a little while to kind of understand the philosophy that he wanted us to play, but we really pushed each other.

"We worked in training on the way he wanted to play and I think we're really starting to develop, come into form and understand one another."