Pep Guardiola has already managed the Spain international twice during his stints in the dugout at Barcelona and the Allianz Arena. 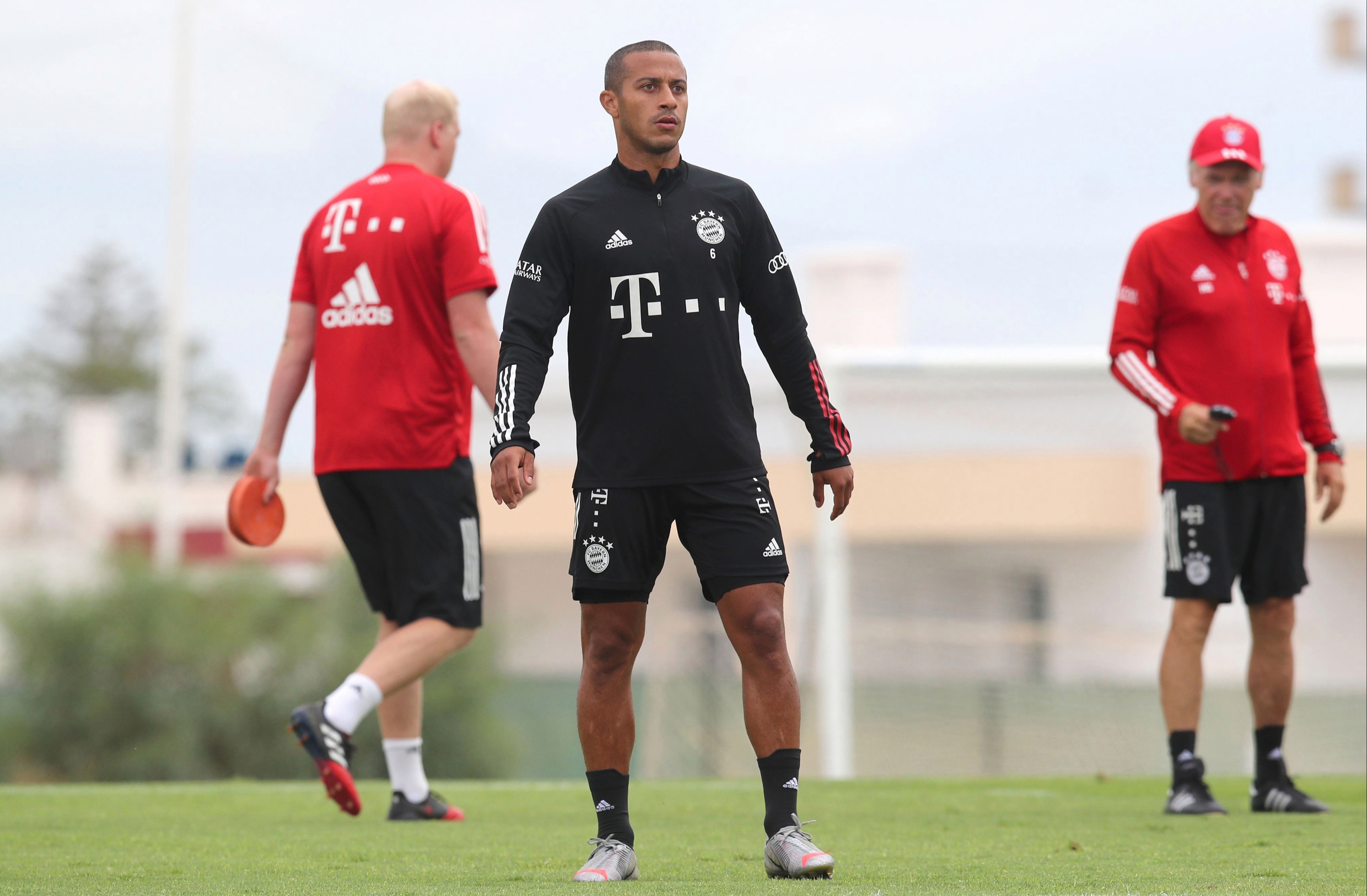 Thiago only has a year left on his contract with the Bundesliga champions and is looking for a new challenge.

The 29-year-old midfielder is said to be eager to join Liverpool to work with Jurgen Klopp.

And Bayern boss Hansi Flick has confessed he WILL sell – but only if the Reds meet Thiago's £27million valuation.

Yet the transfer has since stalled with Liverpool first needing to flog SEVEN stars, including Champions League hero Divock Origi.

And SportBild claim the Anfield outfit are concerned that City have now joined the race to sign Thiago.

The report adds that Guardiola's side are willing to offer a significant improvement on Liverpool's bid.

Pep himself is said to be convinced that Thiago can be a huge success in the Premier League and views him as the ideal replacement for David Silva.

When asked if his former charge would flourish in English football, City boss Guardiola said last month: “No doubt about it.

“A player who plays for Barcelona and Bayern Munich can play in the Premier League.

“Of course he can play. He’s an exceptional player, but I don’t know what he’s going to do.”

Thiago's own manager Flick has urged him to head to England, telling Bild: “Now he wants the new challenge, in my opinion it should be the Premier League.”

While Bayern CEO Karl-Heinz Rummenigge told the same outlet: “Regarding Thiago, it's known that he told us he wanted to do something new.

“If a club approaches us that is willing to pay a fair transfer fee, we will work on it.”