MANCHESTER UNITED'S shock move for Crystal Palace flop Alexander Sorloth came to nothing as the striker signed for RB Leipzig.

The Norwegian struggled in a disastrous 12-month spell at Selhurst Park, failing to net a league goal in 16 appearances, before being sent out on loan. 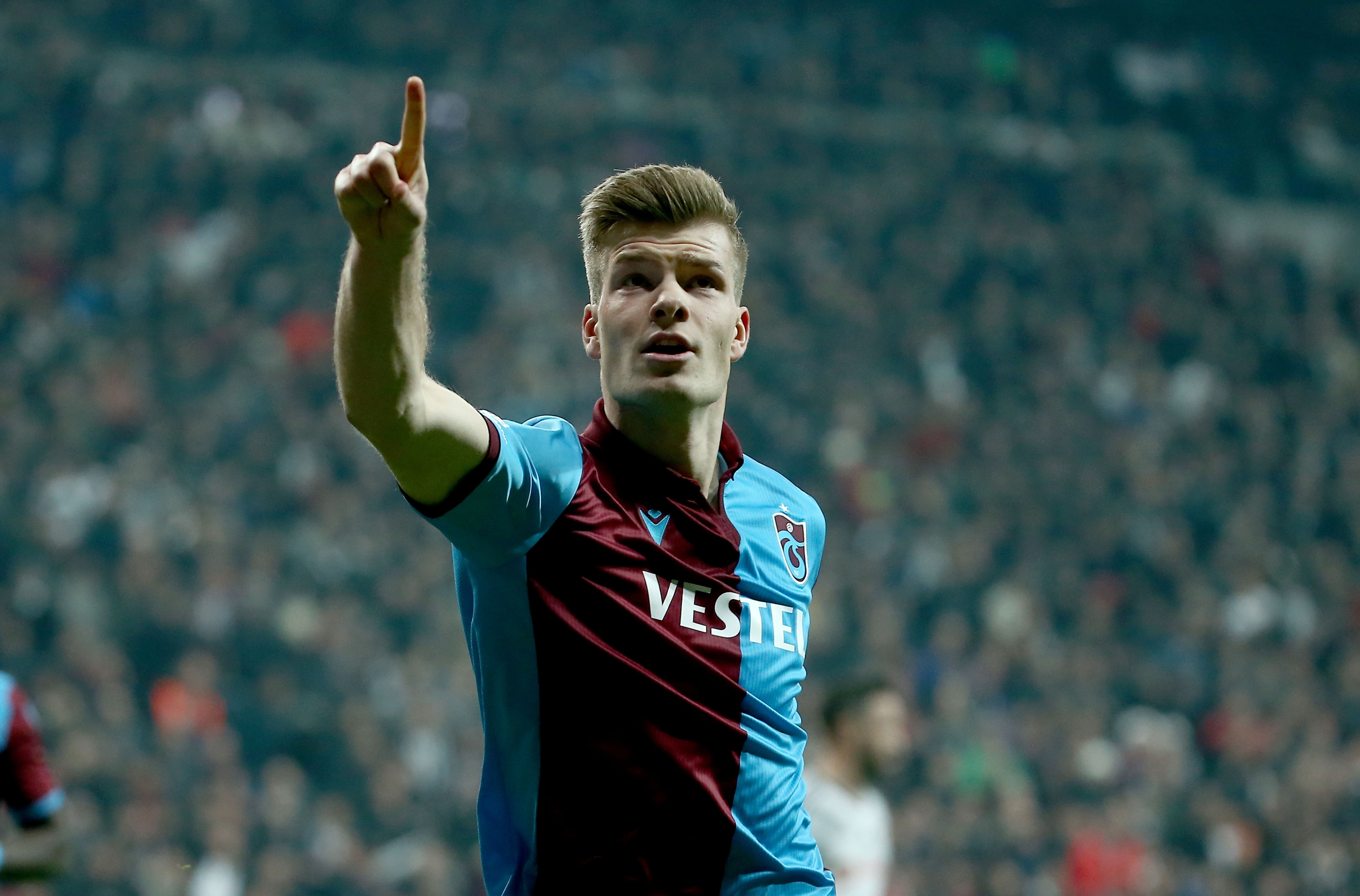 He has performed well elsewhere, freely scoring for Danish side Midtjylland before his move to Palace as well as Trabzonspor.

His loan spell in Turkey last season, which came after a season-long loan in Belgium with Gent, earned Sorloth, 24, rave reviews.

An impressive 33 goals in 49 outings helped Trabzon to second in the Super Lig table and a big move has been predicted for the forward.

According to Turkish outlet Asist Analiz, United and Tottenham were hoping to fight over his services.

Trabzonspor manager Eddie Newton told SunSport in August: "If someone wants to purchase him at an agreed price then I think it would be foolhardy for the club to turn it down."

However, Sorloth has put pen to paper on a deal at RB Leipzig – despite fears his cancelled medical would scupper the move.

Palace said: "Everyone at Crystal Palace FC wishes Alexander the very best for his career."

Leipzig were reportedly ready to pay more than £21million to sign the player, who was only halfway through his Trabzonspor loan deal.

Spurs fans in particular have been desperate for the club to sign some back-up for Harry Kane.

Fernando Llorente and Vincent Janssen both struggled to score goals while waiting in reserve for the England forward, leaving Irish teenager Troy Parrott as Jose Mourinho's only natural striker aside from Kane.

Whether the Tottenham boss utilises new loan signing Gareth Bale on the wings or through the middle remains to be seen.

Meanwhile, Manchester United have Odion Ighalo as an alternative to Anthony Martial up top.

Marcus Rashford and Mason Greenwood are both capable of moving centrally but the Red Devils may prefer a new addition given their struggles in signing Jadon Sancho.