Is food REALLY the way to the heart? Man who asked a local takeaway to write a marriage proposal on the container of his girlfriend’s cheese and onion toastie is brutally rejected

Romantic gestures can happen in the most unexpected ways, as proven by a marriage proposal that has gone viral on social media.

Jim Lardner, who lives in Scotland, planned a laid-back marriage proposal for his unnamed girlfriend with the help of a local takeaway.

Ordering on Just Eat, he left a note asking Kilbowie Cafe to write ‘marry me’ on the container of his girlfriend’s cheese and onion toastie.

Jim shared a photograph of his request and the completed order on Twitter, while sharing the devastation of being rejected by his girlfriend. 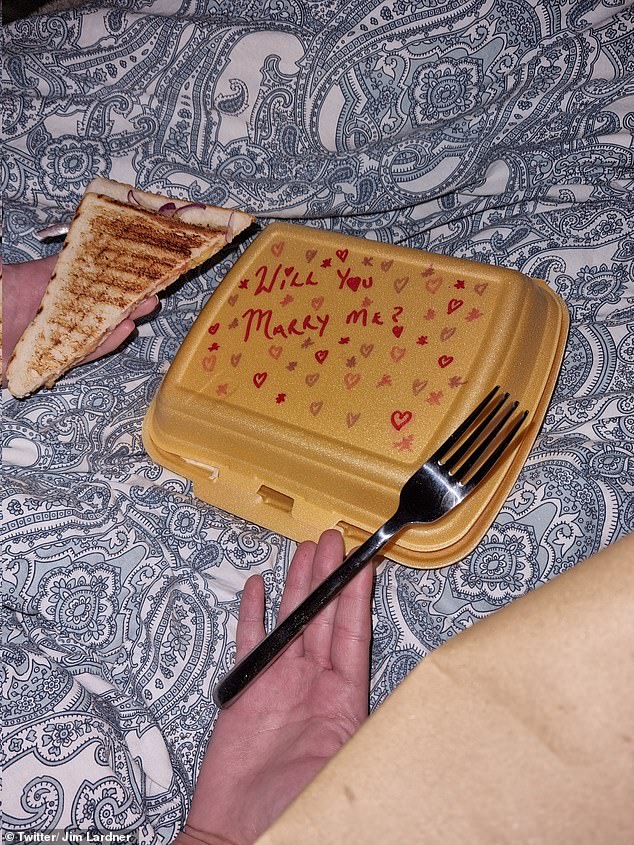 Jim Lardner, who lives in Scotland, has gone viral on Twitter after claiming his girlfriend rejected his marriage proposal (pictured) 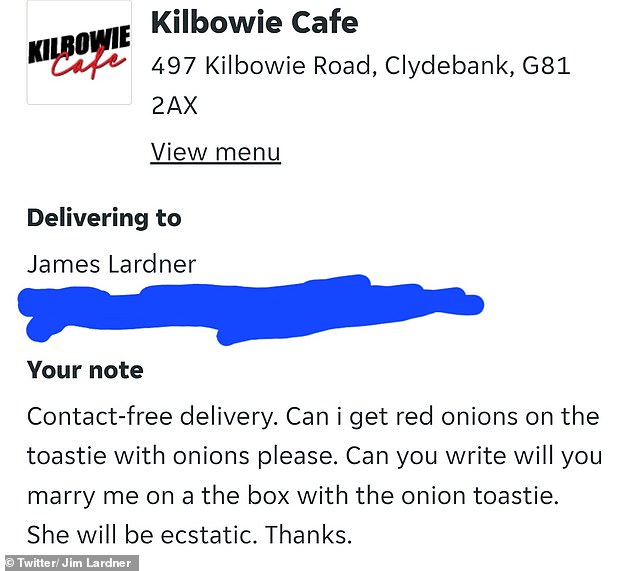 Jim, who has just over 400 followers, seemed in good spirits despite not receiving the answer he expected.

Thanking the café for their help, he shared a screengrab of the note he originally wrote to accompany his order.

‘Contact-free delivery. Can I get red onions on the toastie with onions please. Can you write “Will you marry me?” on the box with the onion toastie. She will be ecstatic. Thanks,’ Jim said.

Photos show that Kilbowie Cafe gladly obliged his request neatly writing ‘will you marry me?’ in red pen.

The staff decorated the box with colourful hearts.

A snap shows the toastie was perfectly cooked with red onions to complete his order. 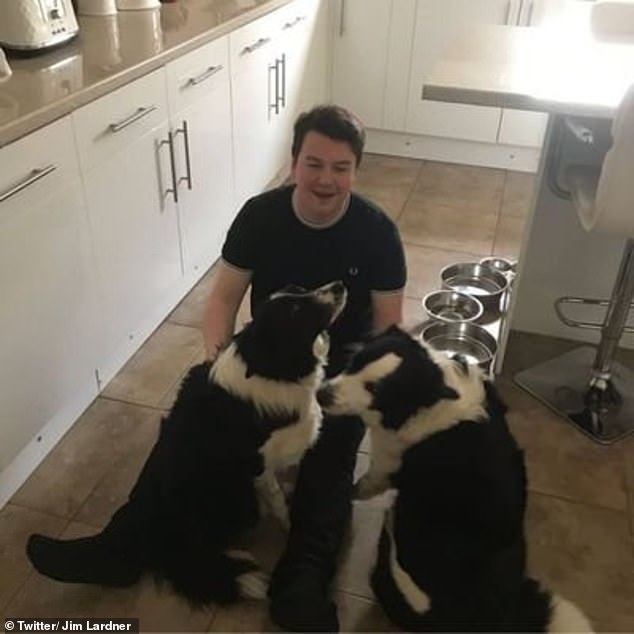 Jim (pictured) told his 400 followers that his girlfriend rejected the marriage proposal in a post that racked up over 16,000 likes

Jim revealed that his girlfriend said no to the proposal, but gave no further information on the status of their relationship.

He joked with a friend who commented on his tweet that he’s ‘stuck’ with them.

Over 536 people re-tweeted the post, with many making jokes about his unconventional proposal.

One person wrote: ‘I was gonna raise a toast… missed opportunity’

Another joked: ‘Did you use an onion ring for an engagement ring?’

Showing support a third added: ‘Maybe your idea of romance never done the trick but if you asked her yourself….’

A fourth gushed about the café, saying: ‘I looked again at the picture. Not only did they write your message, they added as many handwritten hearts as they could to get you across the line. This is great service.’

A stream of responses to the post encouraged Jim to try proposing again, while others made jokes about his unconventional method