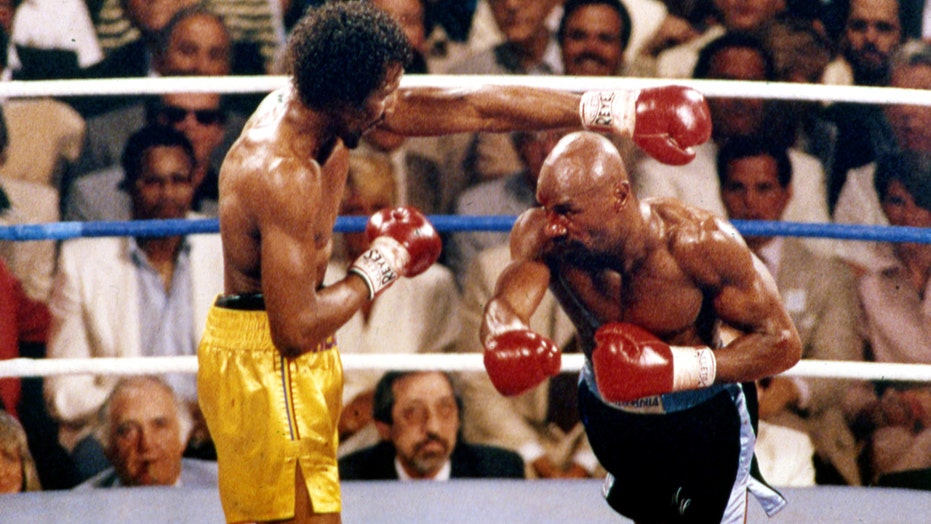 Fellow boxing great Thomas Hearns shared with his followers that Hagler was “fighting the after effects of the vaccine” before the former undisputed middleweight ultimately passed away.

“A real true warrior Pray for the king and his family.. he’s in ICU fighting the after effects of the vaccine! He’ll be just fine but we could use the positive energy and Prayer for his Full Recovery !” Hearns wrote.

Hours after Hearns shared the post asking for prayers, Hagler’s wife Kay announced that one of the best middleweight fighters of all-time had died. Kay Hagler revealed the update in a Facebook post and did not immediately mention the cause of death. 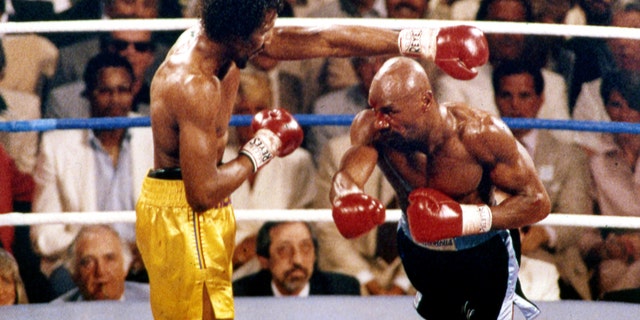 FILE – In this April 1985 file photo, Marvin Hagler, right, and Thomas Hearns fight during the first round of a world championship boxing bout in Las Vegas. Hagler, the middleweight boxing great whose title reign and career ended with a split-decision loss to "Sugar" Ray Leonard in 1987, died Saturday, March 13, 2021. He was 66. (AP Photo, File)

“I am sorry to make a very sad announcement. Today unfortunately my beloved husband Marvelous Marvin passed away unexpectedly at his home here in New Hampshire. Our family requests that you respect our privacy during this difficult time,” she wrote on social media.

“We are very sad to report that Marvelous Marvin Hagler died on March 13 of natural causes near his home in New Hampshire. He was a champion until the end. His family asks for privacy at this time of sorrow,” the message said.

Hearns’ post sparked anti-vaccine messages on social media even though the cause of Hagler’s death was not revealed.

In a subsequent posted on his Instagram Stories, Hearns clarified that he wasn’t trying to make an anti-vaccine message.

“Allow us to have our peace. Our love and respect to Marvin and his family, this is not an anti vaccine campaign … It’s outrageous to have that in mind during the passing of a King, Legend, Father, Husband and so much more,” Hearns wrote.

Hagler, 66, was the undisputed middleweight champion from 198 to 1987 and recorded 52 knockouts during his career. Some of his greatest bouts came against Hearns, Roberto Duran and Sugar Ray Leonard.