Home » Lifestyle » Meghan Markle and Prince Harry could have plans to visit the UK before the end of the year: reports

Meghan Markle and Prince Harry could have plans to visit the UK before the end of the year: reports 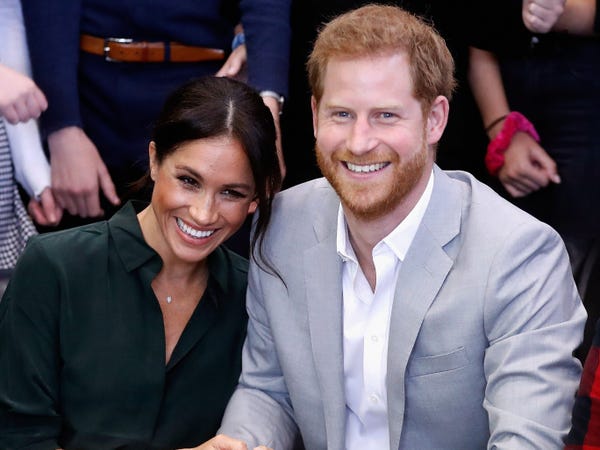 It's possible that Prince Harry and Meghan Markle could be paying a visit to the UK before the end of the year.

Reports from the Daily Mail and Page Six speculate that Harry could soon be traveling to the UK without Markle to meet with the Queen.

However, a source close to Harry and Markle told Harper's Bazaar that the Duke and Duchess of Sussex will likely be visiting England together.

"Had it not been for COVID-19 and travel restrictions, they would have already been back in the UK for things like Beatrice's wedding and Trooping of the Colour, for example," the source told Harper's Bazaar in an article published on Saturday.

The source referenced the wedding of Princess Beatrice — Prince Harry's cousin — who married Edoardo Mapelli Mozzi in a secret ceremony in July, as well as Trooping the Colour, which is traditionally a televised parade at Buckingham Palace, but this year, took place in a private, downsized ceremony at Windsor Castle.

"It is worth also pointing out, that the trial date for the Mail on Sunday is set to start on January 11, 2021, at the High Court, London, which if nothing changes, will still require two week's self-isolation before it starts," the same source told Harper's Bazaar.

In October 2019, Markle sued the Mail on Sunday, a sister publication of the Daily Mail, for publishing parts of a handwritten letter she'd purportedly sent her father, Thomas Markle, in 2018.

In May, it was announced that Markle lost the first part of the court battle. As a result, she paid the publication more than $87,000 in legal fees. Most recently, in September, a judge ruled that the Mail on Sunday is allowed to claim that Markle "collaborated" with authors of "Finding Freedom," a book about the couple.

In order for Markle to attend the trial in person to testify, she would presumably need to quarantine for 14 days upon arrival to the UK, which would mean she and Harry would need to arrive at least two weeks before the court date.

Markle and Harry's last visit to the UK together was in March, and they've since been residing in California

In early March, Markle and Harry made their last public appearances as working members of the royal family in the UK, when they attended their final string of official engagements.

They officially gave up their HRH titles in April, and they've since been residing in California and most recently moved to Santa Barbara.

One of the events the couple attended was the Endeavor Fund Awards in London.

It was there that photographer Samir Hussein captured the now-famous picture of the couple sharing an umbrella upon arriving at the show. He told British GQ magazine that it was one "the most iconic photo" he's taken, and that "perfect timing, great lighting, strong symbolism and amazing subjects" made for a memorable shot.

Representatives for the Duke and Duchess of Sussex did not immediately respond to Insider's request for comment.