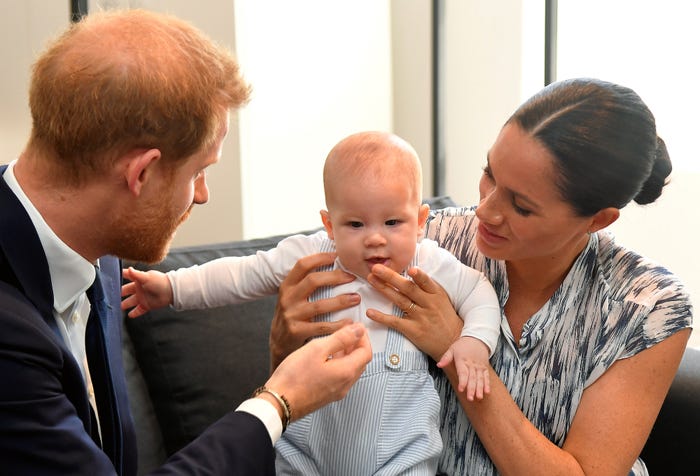 Just days after releasing the first episode of their new podcast, Meghan Markle and Prince Harry have relaunched a complementary website named after their son.

The Archewell website is the home base for the couple's nonprofit organization of the same name, which they announced in April. It also has information about their Archewell Audio podcast on Spotify and Archewell Productions partnership with Netflix.

Ahead of the new year, the Duke and Duchess of Sussex used the site to share a letter to 2021.

"I am my mother's son. And I am our son's mother. Together we bring you Archewell," the couple wrote on the updated website across photos of Prince Harry with Princess Diana, and Markle with her mother Doria Ragland.

In their 2021 letter, Meghan Markle and Prince Harry shared their wishes for a better world

According to a message on its homepage, Archewell is meant to create "systemic cultural change across all communities" through its nonprofit work and "creative activations."

Archewell's press secretary Toya Holness echoed that sentiment in a statement shared with Insider. She said the website and foundation were founded earlier this year as a way to "uplift communities" through such efforts.

"It's a place where compassion matters, communities gather, and storytelling is the engine," she told the publication. "The website has been updated to reflect the work Archewell has undertaken throughout 2020 and to create a place for people and communities around the world to share their stories."

Another way it plans to do so is by interacting with its viewers and readers. Under the website's "Get Involved" section, Archewell poses the question: "How Do You Activate Compassion in the World?" That spot leads to a form in which readers can share a story of compassion from 2020.