MESUT Ozil has posted a video of a lonely weight training session – as the Arsenal outcast wrote a defiant message about his 'struggle'.

The midfielder has been frozen out of the first team and has not been included in the Premier League squad. 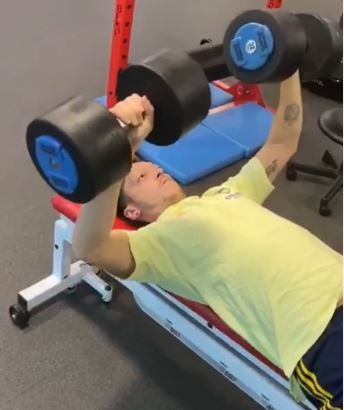 He has repeatedly clashed with the club's hierarchy and faces months on the sidelines.

But Ozil, 32, has signalled his willingness to fight on with a rallying cry on Instagram.

Alongside a video showing him pumping the weights, Ozil posted the message: "The struggles along the way are only meant to shape you for your purpose."

The German, wearing a yellow shirt, looked determinedly towards the ceiling as he pushed his way through his sets.

His relationship with the club has deteriorated in the past few months, but Ozil's huge wage packet of £350,000-a-week has weakened the club's ability to ship him out.

And the former Real Madrid man is reportedly happy to run down his contract, despite his lack of football.

He has not appeared for the club since March.

Manager Mikel Arteta has insisted his admission is for tactical reasons, but many believe it's also because off-the-field issues. 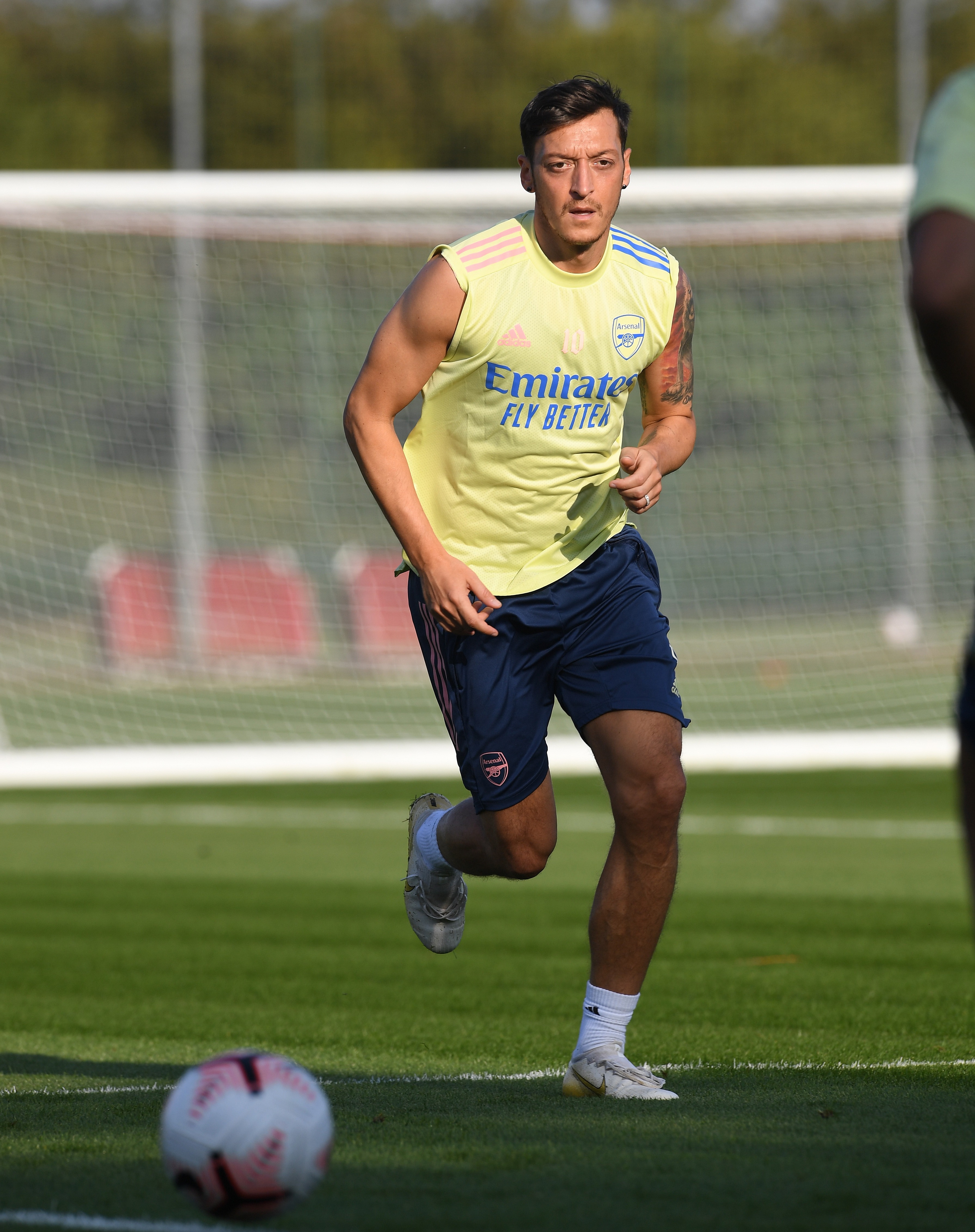 In April, Ozil clashed with the club over wage reductions during lockdown when football was suspended.

He has also fallen out with the club over their stance of China's persecution of the Uighur population, which left him 'disappointed.'

On the pitch and Ozil's absence has been felt, with the Gunners accused of a lack of creativity this season and trying to regroup after losing three of their last four league games.

He is also refusing to be ignored off the pitch, and memorably undermined the side by offering to pay club mascot Gunnersaurus' wages after the club axed him as part of cost-cutting measures.