Home » Microsoft Teams and Outlook login not working? Recent Windows 10 update could be to blame

Microsoft Teams and Outlook login not working? Recent Windows 10 update could be to blame 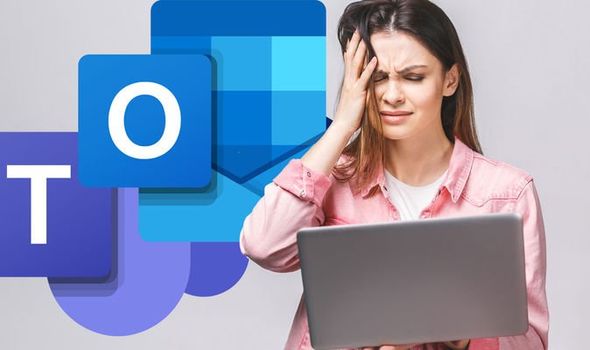 Microsoft Teams, Microsoft Outlook, and OneDrive users have all been hit with some bizarre login issues. The problem emerged on Windows 10 in the last week, with some desktop users being greeted with an error screen that reads: “We’re sorry, we’ve run into an issue” as well as “We ran into a problem. Reconnecting”.

Teams, Outlook and OneDrive users might also receive an 80080300 error message. And it looks like a recent Windows 10 update could be behind the latest batch of issues with the market-leading Microsoft OS.

As reported by Windows Latest, the Teams, Outlook and OneDrive issues have been reported following last week’s May 2021 Patch Tuesday release.

Thankfully, the Redmond-based tech giant is aware of the problem – saying that is affecting certain devices in particular. Specifically, Windows 10 devices that have had the KB5003169 (version 1909) security update installed have been hit with the issue.

Microsoft said it was a “small percentage” of users that have been impacted by the problem. Of course, if you’re in that percentage – no matter how small it is – it’s likely to be incredibly annoying.

Thankfully, if you’re being hit with this issue there is a simple workaround that Microsoft said may fix it. In a post on the admin portal, Microsoft explained that restarting your device should resolve the login issue.

Failing that, Windows 10 users can use the web versions for Teams, OneDrive for Business or Outlook.

Mobile and non-Windows versions of the apps aren’t affected either. 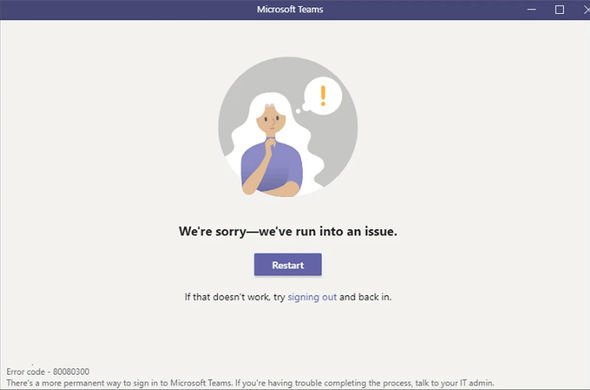 Microsoft added that they are investigating the issue and will provide an update in an upcoming release. The Windows 10 makers said: “After installing this update and restarting your device, you might be unable to sign into some Microsoft 365 desktop client apps such as Microsoft Teams, OneDrive for Business and Microsoft Outlook. You might also receive an 80080300 error or ‘We ran into a problem. Reconnecting…’ when attempting to authenticate or sign into Teams.

“To mitigate this issue on most devices, you can restart your device a second time. Most devices will sign into affected apps as expected for all subsequent restarts after the first restart that completes installation of the update. If restarting does not mitigate the issue on your device, you can use the web versions of the apps”.