Home » Lifestyle » Millions of Freeview users may lose popular channels within weeks – are you affected?

Millions of Freeview users may lose popular channels within weeks – are you affected? 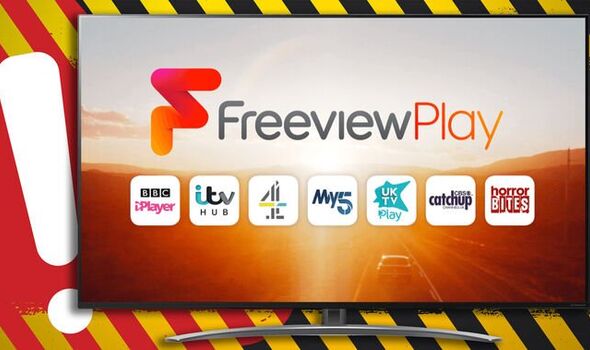 Millions of UK homes that watch telly via Freeview may soon find a whole swathe of popular channels will be missing from their on-screen planner. From June 2022, one of the signals used to beam content to living rooms – known as COM7 mulitplex – is being switched off to make way for modern 5G mobile technology.

Last year, UK network EE won the auction to use this frequency which will help it bring much faster downloads and a more reliable connection to phones that are compatible with 5G.

The closure of this signal for TV services will reduce the capacity for both standard and HD channels that are currently available.

The changes come into effect from June 30th and will mean channels such as BBC Four HD, CBeebies HD and More4 +1 may no longer be available to view in their usual slot – in fact, some might disappear completely.

Here’s a full of channels that use COM7 mulitplex.

It’s currently unclear if these popular services will move to new frequencies or if they will be scrapped but it’s thought that the changes will affect over 20million homes. Some BBC channels such as BBC Four HD may simply move to online platforms with viewers then tuning via iPlayer rather than Freeview.

Sky has launched an unmissable bargain offering its award-winning Sky Q box bundled with speedy broadband at a very low price. This bundle gives access to over 200 channels, the Sky Q box to pause and rewind live telly and stream Netflix and Prime Video, all powered by average broadband speeds of some 36Mbps. Of course, you can add paid-for channels, Sky Sports, Sky Cinema and Netflix at checkout too

One thing that’s certain is that Freeview users will need to retune their TVs and set-top boxes at some point in June to get ready for the changes. Discussions about what will happen to all of the content currently available are ongoing with an announcement expected in the coming weeks.

Speaking to Express.co.uk, a Freeview spokesperson said: “The COM7 mulitplex’s Ofcom licence will expire at the end of June, following an Ofcom auction to make more space for 5G mobile services. We are currently liaising with the channels that are on this multiplex to confirm next steps. A further service update will be provided to viewers in due course.”

Hopefully, more news on exactly how it will affect homes and what will be available to watch after the switch off will be announced soon and Express.co.uk will bring you updates when we hear more.

5G is the future of smartphones and mobile network technology with this service able to beam the web to devices at speeds in excess of 300Mbps.

Almost all new smartphones including the latest iPhones and devices from Samsung now feature this technology and that means more people will be keen to get the most out of it.

The future certainly looks bright for 5G with EE recently conducting a test that was able to blast the web to a device at over 2Gbps using current infrastructure. That speed makes fixed-line broadband services look sluggishly slow.