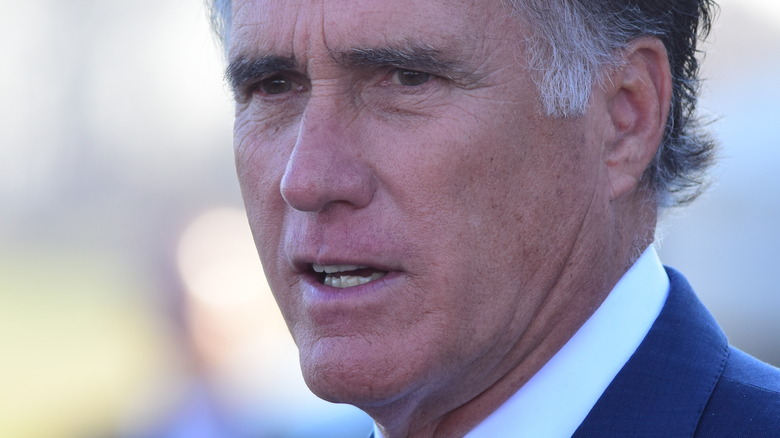 While speaking with Jake Tapper, host of CNN’s Sunday talk show “State of the Union,” Sen. Mitt Romney had harsh words for Donald Trump and his election fraud claims (via CNN). After Trump made claims that the election was “fraudulently carried out,” Romney questioned where the former president was getting his information. Suffice it to say, he was not pleased with how the then-POTUS handled himself.

“Well, I do think it’s important for each person to speak the truth and to make clear that the big lie is exactly that,” Romney said in the video interview (per Politico). “I can tell you that it is surely being used around the world to minimize the support for democracy.”

Romney went on to compare Trump’s behavior to professional wrestling, a pointed barb indeed. “I think, frankly … [that there is] a growing recognition in the U.S. is this is like WWF [World Wrestling Federation], that it’s entertaining, but it’s not real. And I know people want to say, yeah, they believe in the big lie in some cases, but I think people recognize it’s a lot of show and bombast but it’s going to nowhere. The election is over — it was fair,” he said. While clearly ready to move on from the conversation about potential tampering in the 2020 election, Romney did have some questions for Trump though.

Romney's criticism of Trump and his impact on democracy 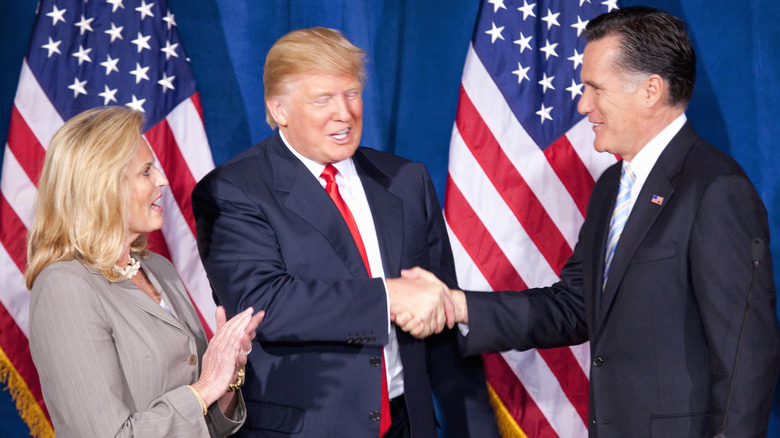 Highlighting Donald Trump’s timing for expressing his concerns over perceived unfairness in the election, Sen. Mitt Romney wondered where Trump got his information.

Romney also worries that Trump’s confusing rhetoric is impacting the world’s view of democracy overall. He told CNN, “I can tell you that it is surely being used around the world to minimize the support for democracy. I mean there’s a battle going on in the world right now between the autocratic nations like China and Russia, and nations that believe in democracy … And if — if the autocratic nations can point to the United States, which is the birthplace really of this modern democracy, and can say look ‘They can’t even run an election there that’s not fraudulent, how can you possibly run it into your country?'” 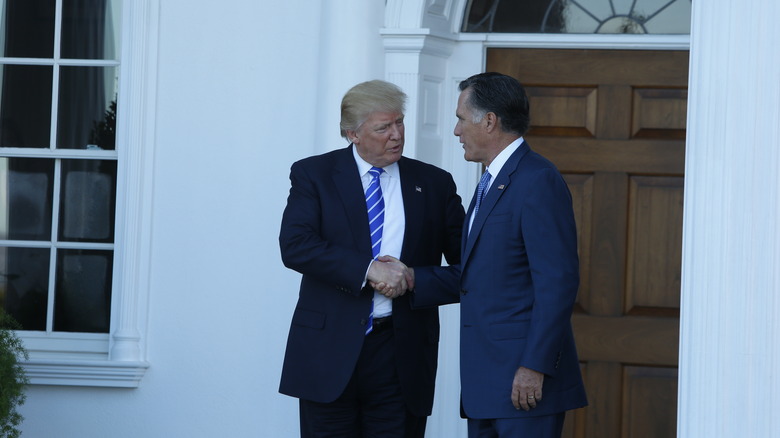 Mitt Romney and Donald Trump have never shied away from sharing their opinions on one another; in fact, they have quite the history of criticism back and forth. In October of 2020, Romney tweeted his concerns over Trump inciting hostility between Democrats and Republicans.

“I have stayed quiet with the approach of the election. But I’m troubled by our politics, as it has moved away from spirited debate to a vile, vituperative, hate-filled morass that is unbecoming of any free nation — let alone the birthplace of modern democracy,” Romney wrote. “The President calls the Democratic Vice Presidential candidate ‘a monster,’ he repeatedly labels the Speaker of the House ‘crazy;’ he calls for the Justice Department to put the prior president in jail; he attacks the Governor of Michigan on the very day a plot is discovered to kidnap her…”

As for Sen. Romney’s more recent comments, Trump will surely respond in kind; but Romney held nothing back in his chat with CNN.