Home » Moms Are Still Losing Income Due to Pandemic

Moms Are Still Losing Income Due to Pandemic

There’s more bad news for moms who have been tasked with the unimaginable during the pandemic. All of that struggling to manage childcare, work, virtual school (and basically everything else) officially has officially been given a price tag. Skynova, recently analyzed monthly census data and surveyed over 600 parents to get to the bottom of how the pandemic has impacted families, and it looks like making it through the past year has cost some moms tens of thousands of dollars. 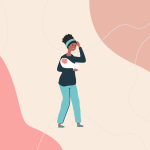 
I Gave Birth During the Pandemic: What Moms Learned in Their Babies' 1st Quarantine Year

The fact that moms have been bearing the brunt of the challenges presented by the pandemic isn’t exactly news. But the way Skynova broke down these findings really lays bare just how much it’s costing those who have had to reduce their full-time schedules in order to accommodate things like daycare closures and virtual school. According to their findings, it’s estimated that women who had to drop down to part time employment in order to manage childcare issues are making an average of $30,000 less per year than their peers who are working full time.

The bulk of childcare related work stoppages seem to predominantly impact women. According to those surveyed, 2.8 percent of respondents reported having to take some time off in the week prior to completing the survey due to disruptions in childcare. Of those 2.8 percent, 91.4 percent of them were women. Which, my god, it’s no wonder why women are reported to have suffered the biggest economic impacts from this pandemic.

It’s worth noting that these figures don’t include the number of mothers who had to leave the workforce altogether. Skynova says twice as many women as men became unemployed as a result of childcare issues brought on by the pandemic.

But it’s not all bad news for moms. According to S&P Global, it’s likely that many benefits that were implemented to help parents adjust to changing childcare needs during the pandemic could outlast the COVID crisis. “Respondents to the survey of S&P 1200 companies, people participating in the S&P Global/AARP survey conducted in the summer, and executives interviewed for this research consistently said that more companies are now offering enhanced family-friendly policies and benefits.”

Of the companies surveyed, 50 percent plan to continue to offer backup childcare and elder care options for employees, and 44 percent plan to continue to offer paid sick days. A whopping 59 percent say that they will make flexible working hours permanent, but only 38 percent plan to allow employees to continue to telework. Something many mothers relied on during the height of the pandemic when schools went virtual. “Such flexibility has played a key role in keeping a number of women in the workforce, since they still bear the bulk of family-care responsibilities, and a sizable gender pay gap across industries persists,” explains S&P.

And the numbers are more favorable for employers as well. According to the survey, companies with “more generous” family oriented policies have a lower rate of employee turnover. “A statistically significant correlation between companies with above-average returns in their respective sectors and the generosity of their childcare and family caregiving policies is evident.” Which seems to be a direct correlation between the fact that when companies are more understanding of the needs of the caregivers they employ, their bottom line reaps the rewards.

Which leaves us wondering, if the flexibility has really helped women remain in the workforce, then why is the number of employers planning to keep these exceptions in place so low? And how do we get more employers to embrace the parenting-friendly workplace changes that help keep women in the workforce? We’ll do our part to amplify the voice of women who are speaking up about their struggles during the pandemic, and we can only hope that management is listening.

Hopefully we’re nearing the end of school closings, but if you’re facing one currently you can try one of these ways to keep your kids entertained.