Morrissey reps rip ‘The Simpsons’ for ‘hurtful and racist’ portrayal

Morrissey invited to run for mayor of London

Reps for the legendary 80s alt rocker have ripped “The Simpsons” this week, after the singer was unflatteringly mocked on the cartoon TV classic’s latest episode.

The famously mopey songsmith’s official social media initially appeared thrilled that he was getting portrayed by Benedict Cumberbatch, and even shared a Smiths-themed preview poster of Sunday’s episode, “Panic on the Streets of Springfield.”

That quickly changed after seeing the episode, which featured a Morrissey clone character named “Quilloughby,” who first impressed Lisa Simpson for his heart-felt, emotional lyrics, but then turned greedy, litigious, overweight and xenophobic.

“Surprising what a ‘turn for the worst’ the writing for The Simpson’s tv show has taken in recent years,” read an attack on the singer’s official Facebook page, later attributed to his manager, Peter Katsis. 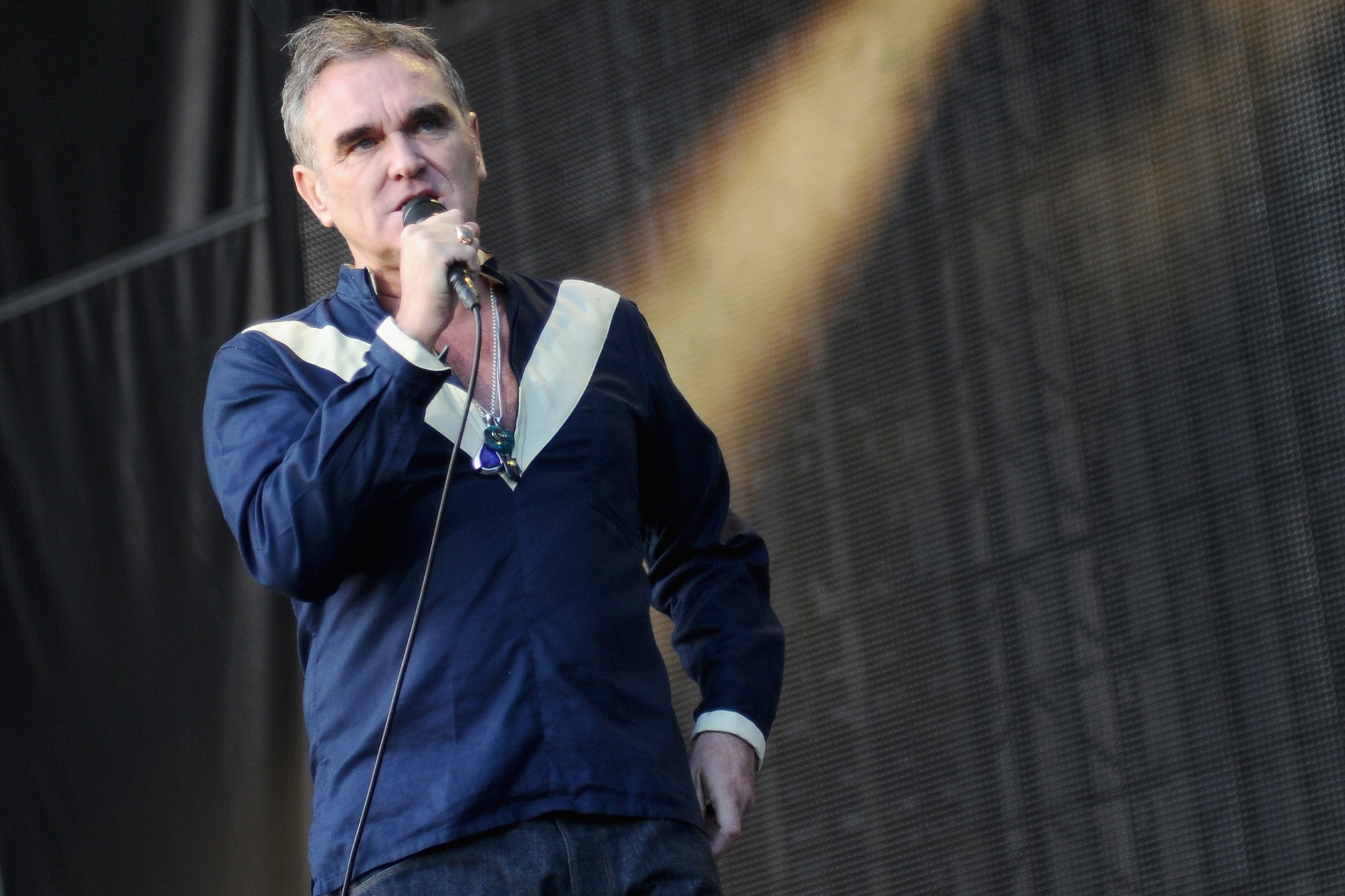 “Sadly, The Simpson’s show started out creating great insight into the modern cultural experience but has since degenerated to trying to capitalize on cheap controversy and expounding on vicious rumors,” the online tirade continued.

Matt Groening’s team has “stopped creating” and “instead turned unapologetically hurtful and racist,” said the post from the rep for the former frontman of The Smiths.

“Not surprising…… that The Simpsons viewership ratings have gone down so badly over recent years,” the post said sniffily. 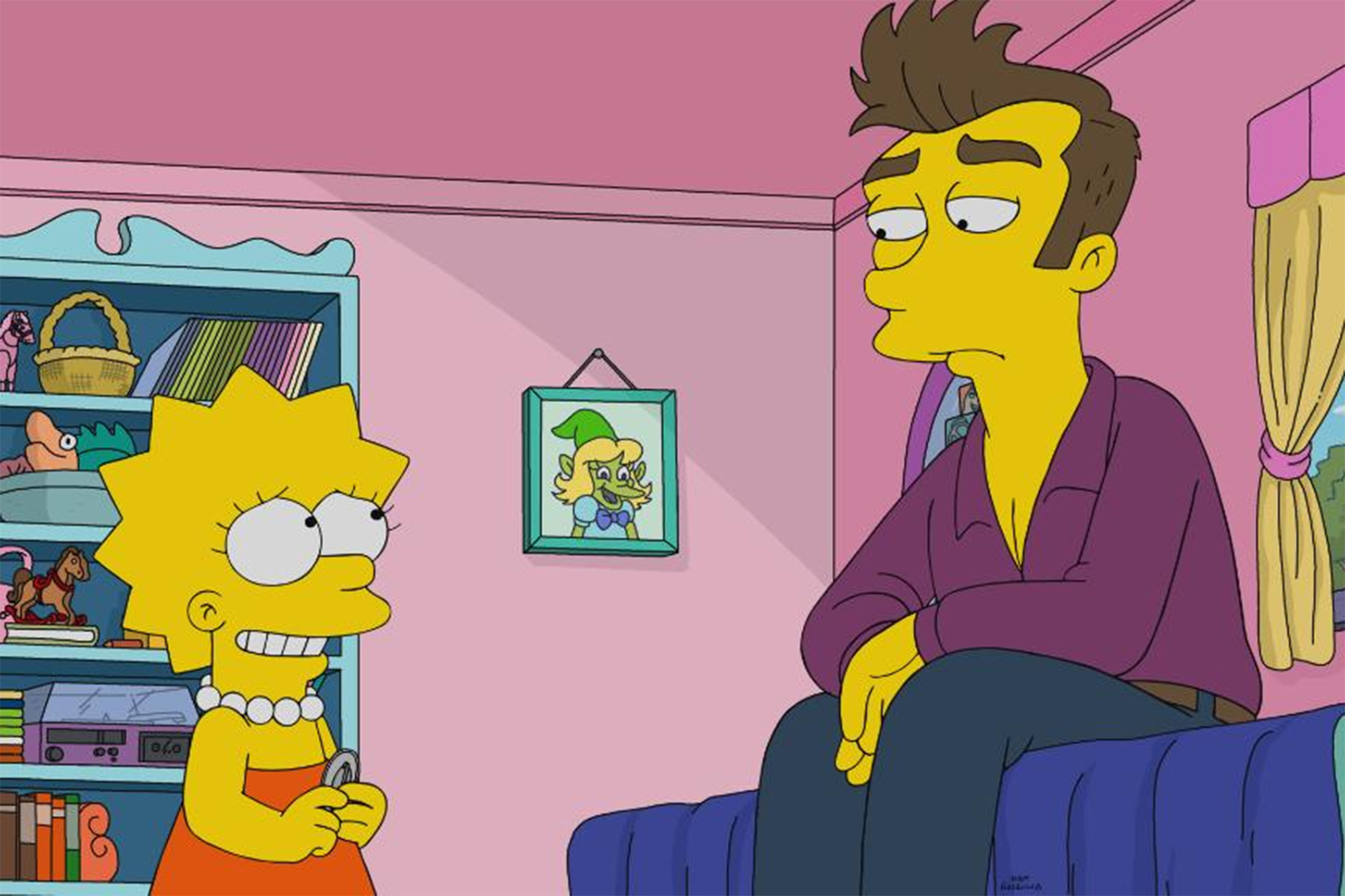 In the episode, Cumberbatch voiced “Quilloughby,” the former frontman of The Snuffs, a band that “dominated the ‘80s indie scene with their brand of literate, sardonic music.”

After Lisa Simpson made him her imaginary friend, the singer — with Morrissey’s trademark quiff and Mancunian accent — made her a militant vegan, with parodies of songs like “Meat is Murder” written by “Flight of the Conchords” star Bret McKenzie.

By the end of the episode, “Quilloughby” was fat and bursting out of his shirt — admitting at an eagerly awaited reunion of The Snuffs that it was a “cash grab” to cover his legal costs for suing people “for saying things about me that were completely true.” 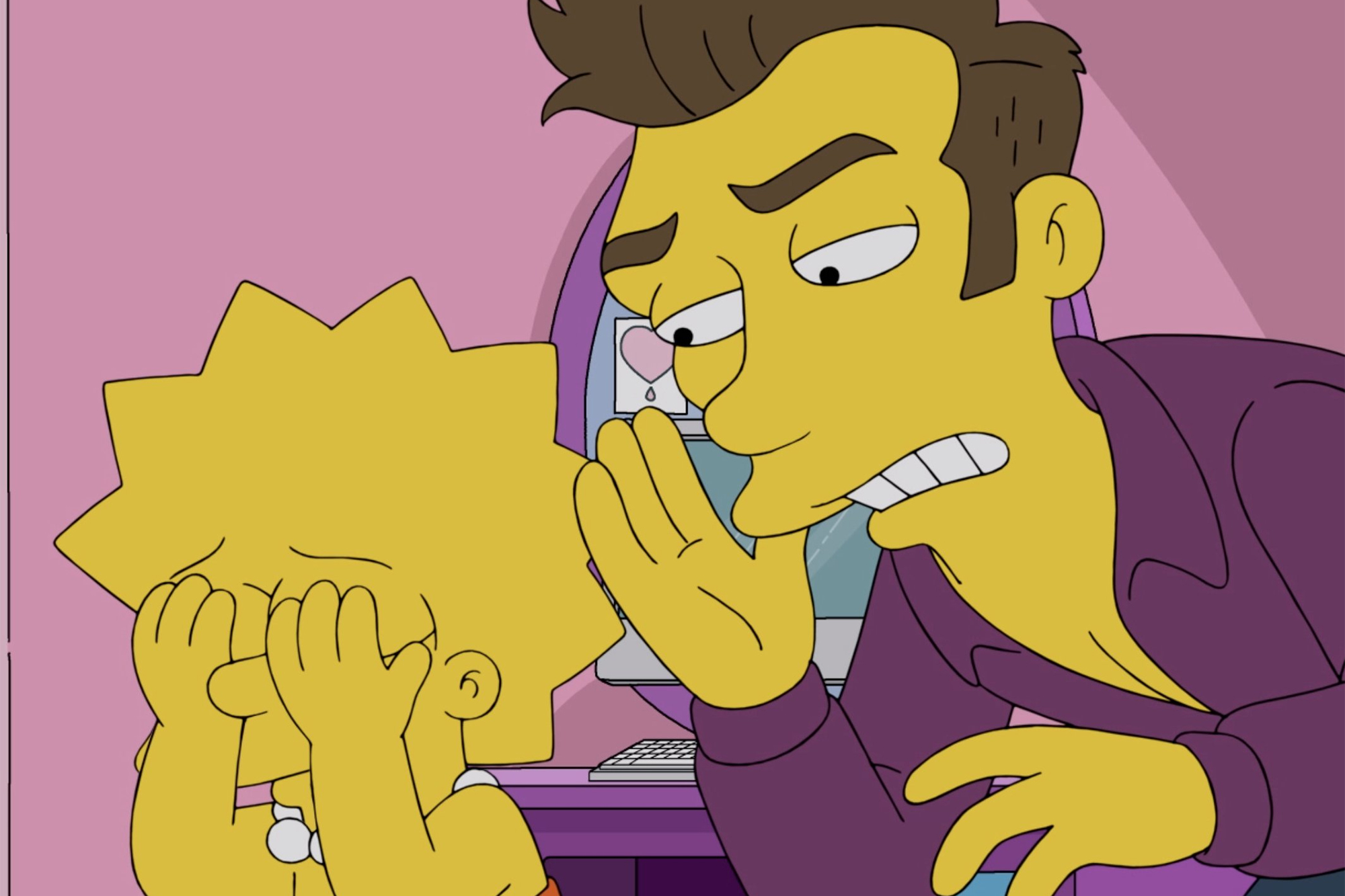 He then sparked a riot by eating a pastrami sandwich and firing sausages into the crowd — saying he stopped being vegan when he discovered it was “invented by foreigners.”

“And there are far too many on this planet!” the singer shouted from the stage, as Lisa also turned against him.

“That’s right, I hate the foreign! Coming to this country and taking our jobs! Sleeping with our men!” the cartoon character yelled. 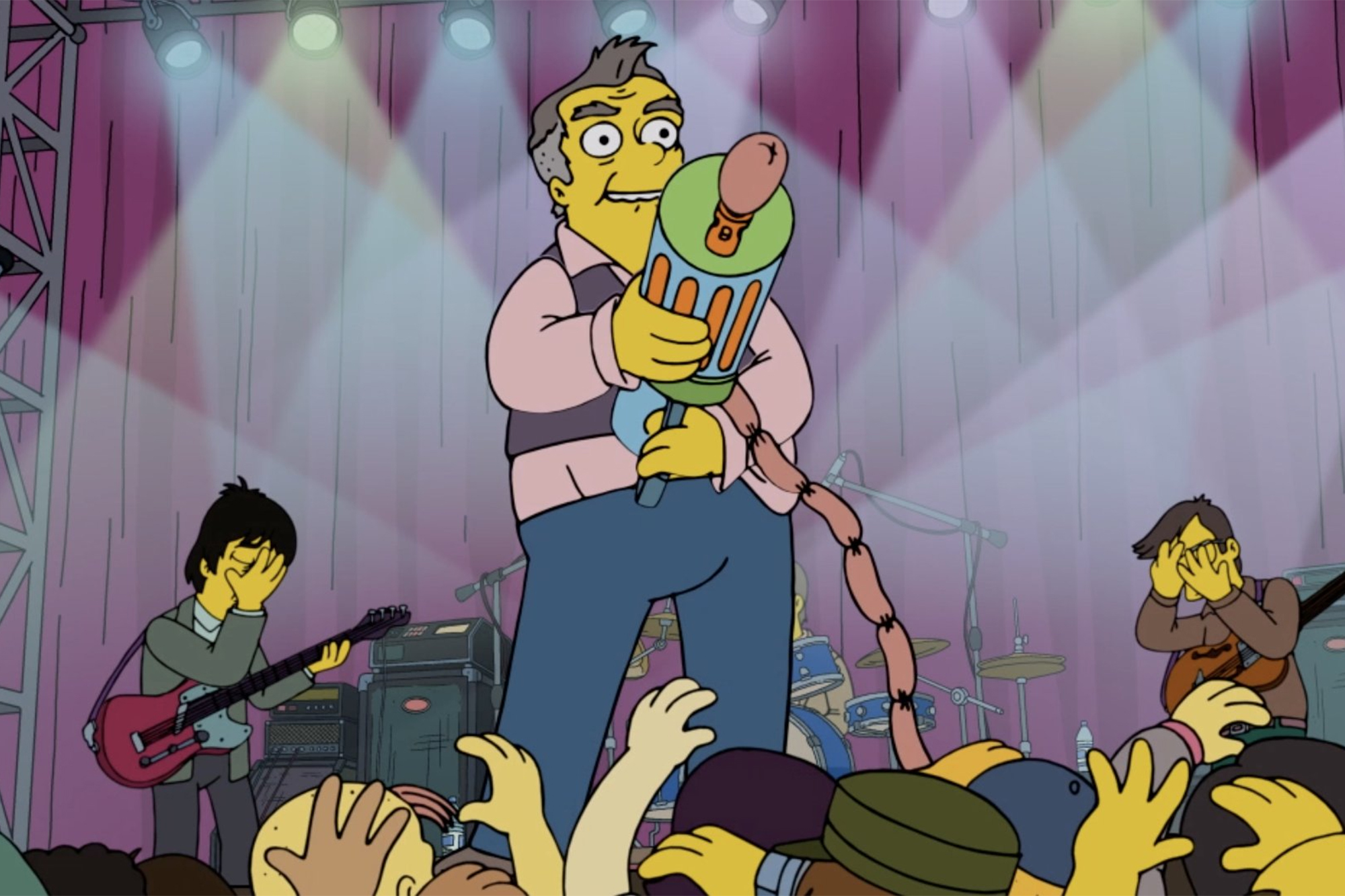 Morrissey, now 61, has long been dogged by accusations of racism, starting in the early 1990s when he flirted with skinhead culture and nationalist imagery.

The ardent vegan — who unsuccessfully tried to ban meat at his 2015 Madison Square Garden show — once called the Chinese a “sub-species” for the treatment of animals in the country, and has insisted in a 2019 interview that “everyone ultimately prefers their own race,” the Independent noted.

In a 2019 performance on “The Tonight Show Starring Jimmy Fallon,” he sparked controversy by wearing a badge supporting the far-right UK party “For Britain,” which calls for the “end of the Islamization of the UK.”

The Facebook critique insisted, however, that “The Simpsons” painted him as racist just to “insult the artist,” pointing out that the show has repeatedly faced claims of racism itself. The star’s management also reminded fans that Morrissey has never reformed The Smiths, despite overwhelming demand.

His team seemed most upset, however, at the “harshly hateful tactics” of showing him “with his belly hanging out of his shirt (when he has never looked like that at any point in his career).”

Representatives for “The Simpsons” said the show had no comment. 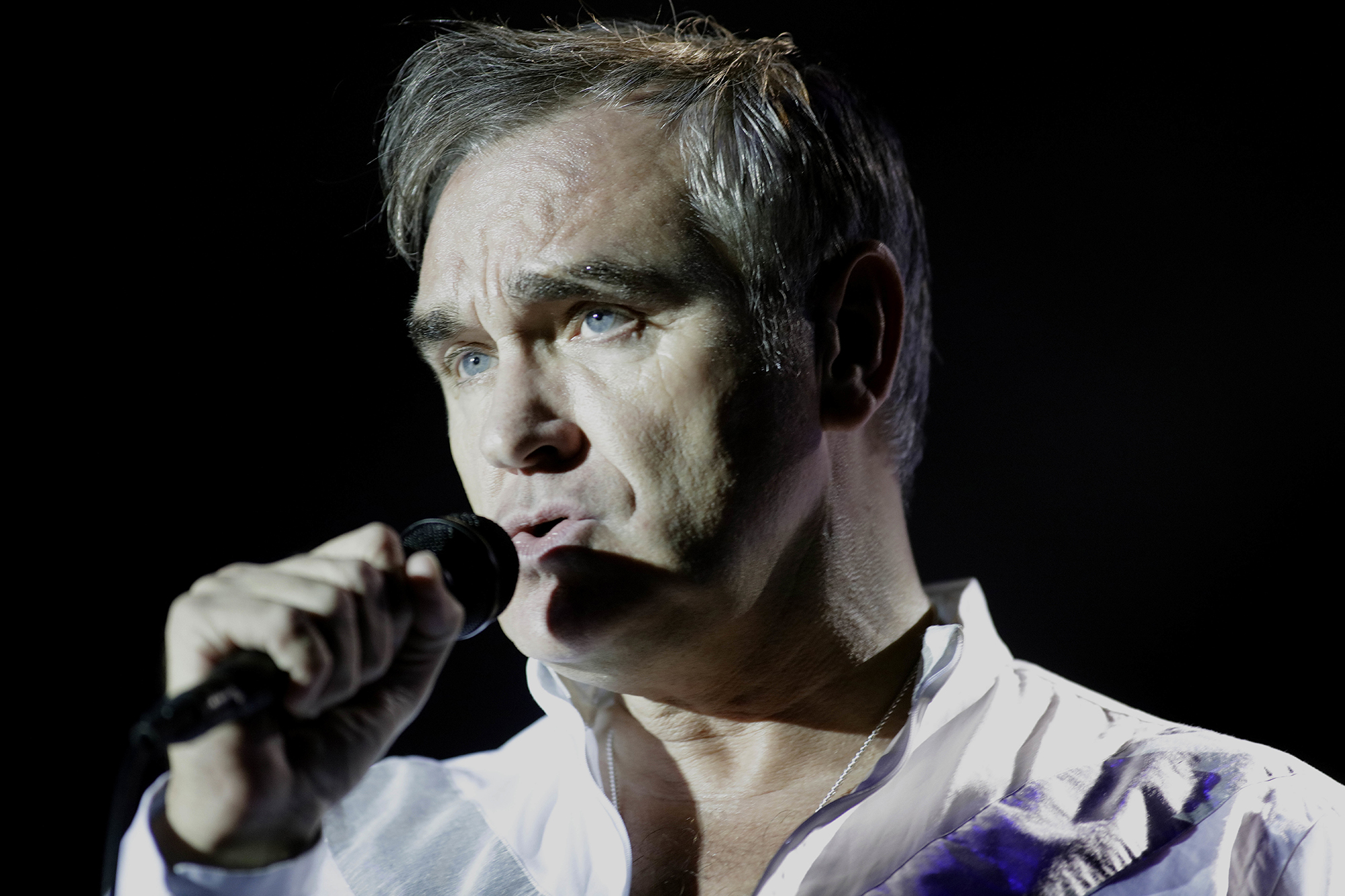 But the attack will undoubtedly pain the show’s director, Debbie Mahan, who called the episode a “labor of love” with her husband the “resident Morrissey expert.”

“I’ve worked on this show for nearly 20 years. And this — BY FAR— is the most fun I’ve ever had working on an episode,” she wrote on Instagram late last week.