Home » Lifestyle » Muhammad Ali vs Joe Frazier: Revisiting the Fight of the Century, 50 years on

Muhammad Ali vs Joe Frazier: Revisiting the Fight of the Century, 50 years on

Joe Frazier beat Muhammad Ali in the Fight of the Century at Madison Square Garden on a Monday night in March 1971 to become the greatest boxer on the planet in a fight that stopped the world.

The two boxers made $2.5million each, they were unbeaten as fighters and they met on a stage in a ring lit by history. Presidents, kings, despots and beggars stopped to listen or watch or beg the result. On the night, 5,000 besieged the sacred ground of the Garden and 20,000 filled every seat and aisle and step inside. There had never been a sporting event like it. Never.

Ali had been exiled since 1967, his refusal to be inducted to the American military had seen him stripped of his world heavyweight title. Frazier had won the heavyweight title; Ali had returned to the ring six months earlier. That is all you need to know. And then a pair of Los Angeles swells found $5m to pay the fighters. It’s a fight and night swirling forever in myth and legend.

READ MORE: Why nightmare Saunders won’t be starstruck against Canelo

Jerry Perenchio was a Hollywood super agent and Jack Kent Cooke owned sports teams. They had the money and they knew they would make more money. It is amazing to think that there was not a traditional boxing promoter with the cash, vision or drive to put the fight on. Perenchio had never met the two boxers, not once.

The Hollywood man made sure the fight was not undersold. “It’s potentially the greatest single grosser in the history of the world,” said Perenchio. “It’s like Gone With The Wind. It’s the Mona Lisa.” The fight was going to be out of the hands of the old-time boxing writers and their influence. They would record it, make it a matter of public record, but they were not needed to sell it.

Frazier had his man, Yank Durham, foul-mouthed and ruthless; Ali had his men, Angelo Dundee, the trainer, Gene Kilroy, the facilitator. The two boxers had divided opinion before the first bell. Sweet Burt Lancaster was there, swooning, expectant in his role as the fight summariser.

On the night, high-rollers and gangsters and politicians occupied the best seats at the Garden: “Hey, Ang,” somebody called to Dundee as he climbed the steps to the ring. Dundee looked down, it was Frank Sinatra leaning on the ring apron, holding a camera. In the world of Ali, somehow Sinatra had become a photographer and one of his pictures would be on the cover of Life magazine (circulation 7m each week). And, it was not bad and it was his. The night of myth, legend, myth, legend was in full swing.

Neil Leifer, perhaps the most iconic boxing photographer ever, was ringside that night and he received an apology from Sinatra a few years later. “I will never compete with you again,” Sinatra told him. Myth, legend, love it. 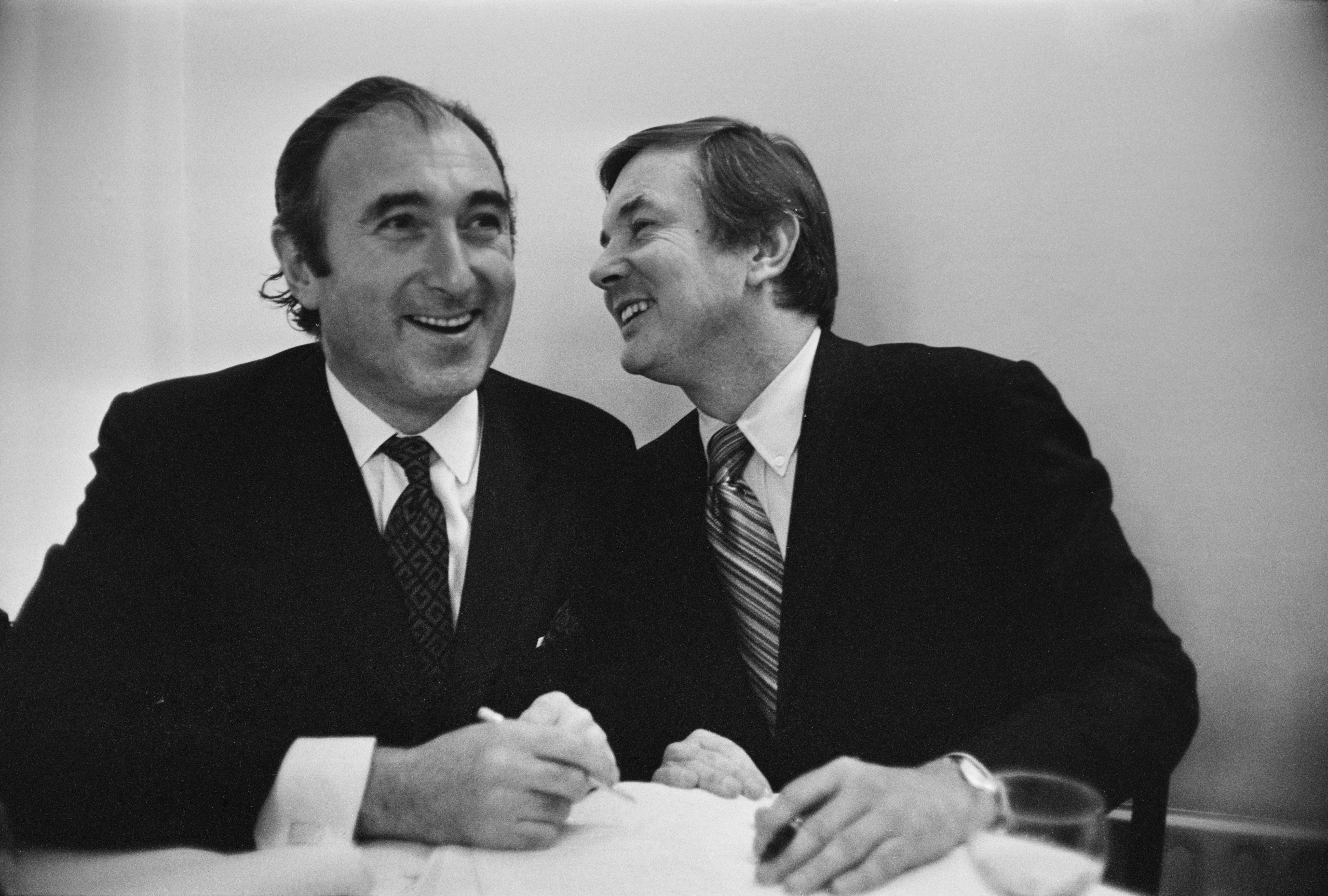 The Garden agreed and found space for 760 members of the media and refused 500. There was a moving sea of men tapping away on tiny typewriters. The world had stopped, the world was watching and waiting. The scribes were there to record history, holding their cherished memories until they died. I know, I have spoken to so many of them since that night.

First bell to last. It was a better fight than anybody expected. Brutal, smart, fast, breathtaking action at times. It is a wonderful watch even now. Two unbeaten and untouchable heavyweight champions; Ali was 29 with 31 fights, Frazier was 27 with 26 fights. They had beaten every single fighter during a decade of brilliance. There was not a single voice calling out for justice from the heap of bloodied and savaged men they had ruined. It was the only fight that mattered to the world. And that has never happened since.

The third man was Arthur Mercante. He had arrived at the Garden that afternoon not sure if he would be selected for the fight. The referee was kept a mystery, two men were on the list; Mercante got the ticket: “If you could move with Ali, you had the best seat in the house,” Mercante said. The following morning, Mercante was back at work at a brewery. Myth, legend.

In round 15, Ali is dropped by the greatest left hook in history. He would surely not get up from a punch that perfect at the end of such a draining fight? No way: two minutes and 21 seconds remain on the clock when he regains his feet. Opens his eyes. How? He is up before Mercante has finished shuffling Frazier to a neutral corner. How? Time, my friend, stood still as Ali fell to earth; hands across the world went up and at the same time hands went to cover eyes. The ego had landed, the hero was over, the enemy was dropped. “Man down,” they hollered. The legend and the myth. 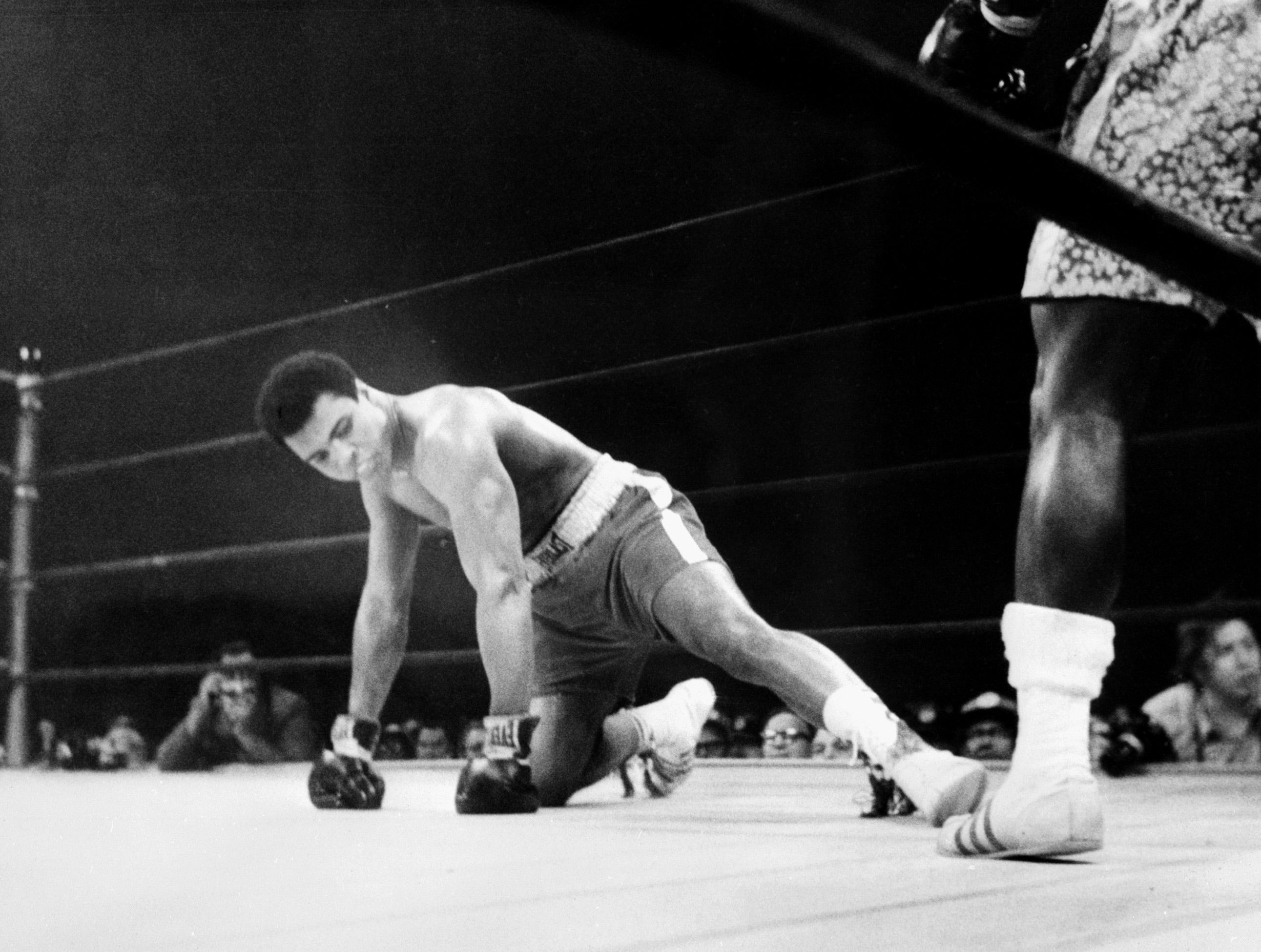 And then the fight resumes. They are hitting each other again just seconds after Ali had been over. It is epic. It is the greatest three minutes I have ever seen. The bell finally sounds one second early to end the Fight of the Century. It is over and even watching it now, 50 years on, I doubt you will be sitting when the last bell sounds. Please, play the Rocky theme in your head as you hover over a screen throwing punches.

They are both exhausted, Ali’s jaw is starting to swell. Frazier is just blood and swollen features. They teeter, they try to talk, to shake off the exhaustion. They want to collapse; they will each say they have no control over their bodies. The scores are in: Mercante has it 8-6 with one even, Bill Recht has it 11-4 and Artie Aidala has it 9-6. The winner and still unbeaten is Joe Frazier. No complaints.

They each need hospital. Frazier can’t function and Ali is dressed by the men that love him. They each have midnight X-rays. Myth and legend.

“A lot of great fighters get whupped,” Ali managed to say. “I know I lost to a great champion.” Ali became legend in that losing fight, Frazier became a great. The time for harsh words was over; in the aftermath there was only truth, a raw truth from 8 March 1971 at the Garden: It was the Fight of the Century.

Ali slipped away from New York, driven by Kilroy in the fighter’s new luxury mobile home – shower, television, electricity. They drove through the Lincoln Tunnel, got on the New Jersey Turnpike and went to Ali’s home in Cherry Hill. Ali, his father, his devoted brother and Kilroy at the wheel. It was not doom and gloom in that vehicle. Ali and Frazier would have more business, Ali would become simply, The Greatest.

“There would never be another night like it in my life,” said Frazier. There never needed to be. It was a night at boxing’s holy citadel that made both men and changed sport. And, sadly, it left a bit of damage.