A Black man shot by an Ohio sheriff’s deputy died from multiple gunshot wounds in his torso, a coroner said Wednesday, citing preliminary autopsy results. The final results of a preliminary autopsy conducted Tuesday on Casey Goodson Jr. are not expected for at least three months, said Dr. Anahi Ortiz, the coroner representing Franklin County, home to Columbus, where Goodson was killed. 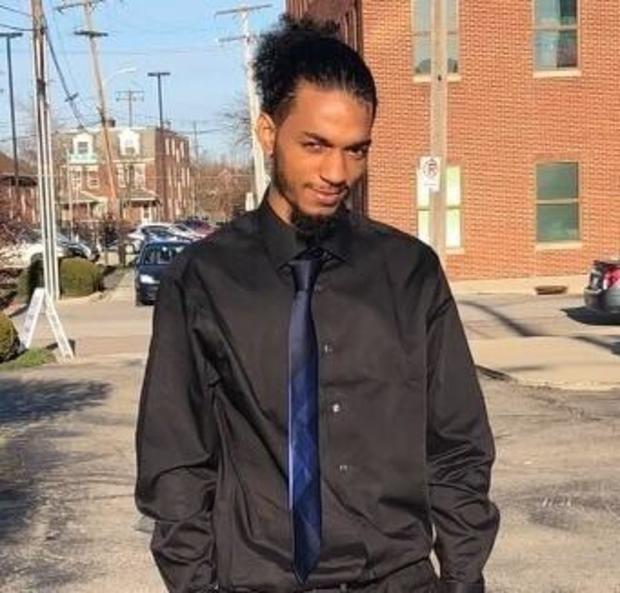 Ortiz listed the cause of death as homicide, a medical determination used in cases where someone has died at someone else’s hand, but is not a legal finding and doesn’t imply criminal intent. Police have only said that the deputy “shot” Goodson without detailing how many shots were fired.

The FBI is reviewing the Dec. 4 fatal shooting of Goodson, whose family says he was holding a sandwich, not a gun when he was shot. The family also said he was shot by a Franklin County sheriff’s deputy in front of two toddlers and his grandmother while inside his home, not outside it, as authorities assert.

The Justice Department is also reviewing the shooting and said it would “take appropriate action if the evidence indicates any federal civil rights laws were violated.”

“It is concerning that they’ve had the body for this long and they still cannot confirm the entrance or exit wounds of the gunshots,” Brown said Wednesday. “It seems intentionally vague and we’re looking forward to getting the official autopsy report when that is released.” The coroner’s office declined to comment.

US Attorney David M. DeVillers announced today his office and the Cincinnati FBI will also review the facts of a deputy involved shooting on December 4. Sheriff Dallas Baldwin says he supports a fully independent and transparent investigation. pic.twitter.com/hVtuAdh162

The state declined a request by Columbus police to review the shooting after Republican Attorney General Dave Yost said the police department waited three days and after the crime scene had been dismantled to ask for the state to take the case. The case was initially given to city police because the sheriff’s office does not oversee investigations of its own deputies in fatal shootings

Goodson’s relatives and law enforcement officials have given conflicting details of Goodson’s death. The sheriff’s office does not provide officers with body cameras, and the deputy’s SWAT vehicle did not have a dash-mounted camera.

“My grandson just got shot in the back when he came in the house,” Goodson’s grandmother told a dispatcher in a 911 call. “I don’t know if he’s OK.”

Goodson had just gone to the dentist, she told the dispatcher, and she didn’t know what had happened or who shot him.

The victim’s mother responded to police reports that the deputy deemed Goodson a threat by saying her son “would not have harmed a fly.”

“The kid had a whole life ahead of him,” Tamala Payne told CNN Wednesday. “He had plans, he had dreams, he had goals, and they were ripped from him for nothing.”

Payne also disputed claims Goodson didn’t listen to police commands. “His body fell into the house with the sandwiches, with the bullet hole,” she said. “If my son was given a command, he would have listened,” she said.

The deputy, who police say commanded Goodson to drop his gun, was Jason Meade, a 17-year veteran of the sheriff’s office. He had been assigned to a U.S. Marshals Office fugitive task force that had just finished an unsuccessful search for a fugitive Friday afternoon.

U.S. Marshal Peter Tobin said the day of the shooting that Meade confronted Goodson outside his home after Goodson, who was not the subject of the fugitive search, drove by and waved a gun at Meade.

One witness heard Meade command Goodson to drop his gun, and when he didn’t, the deputy shot him, Tobin said. Goodson was taken to a hospital, where he died.

The sheriff’s office and a police union have declined to comment on behalf of Meade.

Meade is a former Marine who received small arms training before joining the sheriff’s office, and has had a generally good performance, according to his personnel file.

Two missteps stand out: In March 2019, he was reprimanded for misusing a stun gun on a suspect and failing to notify his supervisor of his use of force. And in September 2007, the sheriff’s office prohibited Meade from having contact with inmates but did not disclose what conduct prompted it.