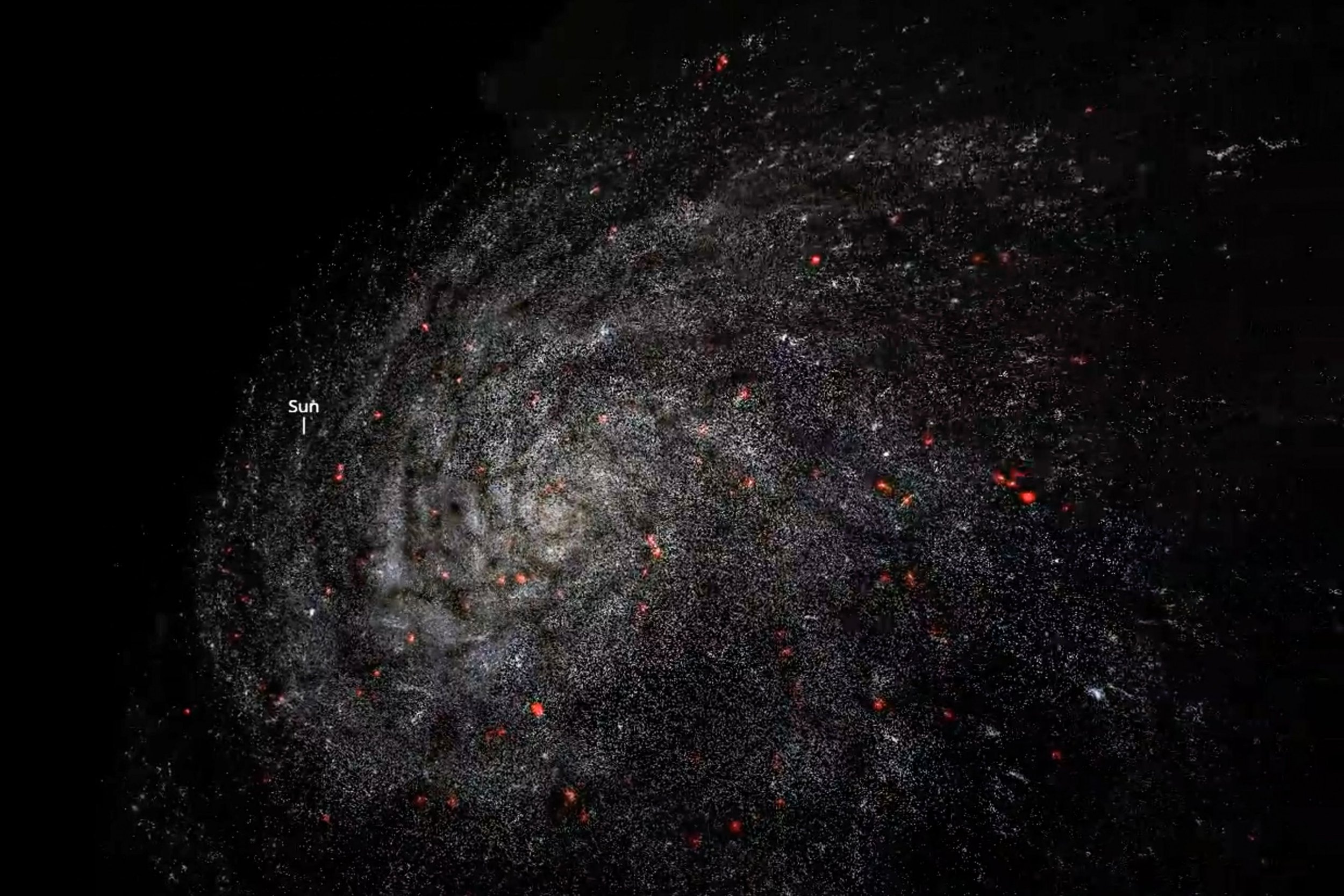 At 14 billion miles from Earth, the Voyager 1 space prove is the most distant man-made object in the known universe.

Launched in 1977, the spacecraft is currently making its way through interstellar space beyond the edge of our solar system.

And it’s picked up a weird noise.

Instruments on board Voyager 1 are picking up a constant drone – a kind of hum – that seems to represent the noise of space beyond the influence of the sun.

Scientists analysing the noise reckon it’s coming from interstellar gas or plasma waves that exist in the huge empty space between stars.

‘It’s very faint and monotone, because it is in a narrow frequency bandwidth,’ said Stella Koch Ocker, a Cornell doctoral student in astronomy, who found the emission.

This finding, which was published in the journal Nature Astronomy, suggests there may be more happening out in deep space than we originally thought.

Scientists are hoping to use the instruments on board Voyager 1 to understand how the border of the solar system (known as the heliopause) interacts with interstellar space at large.

‘The interstellar medium is like a quiet or gentle rain,’ said senior author James Cordes, the George Feldstein Professor of Astronomy.

‘In the case of a solar outburst, it’s like detecting a lightning burst in a thunderstorm and then it’s back to a gentle rain.’

Researchers are now hoping to track the spatial distribution of plasma – that is, when it’s not being perturbed by solar flares.

‘We’ve never had a chance to evaluate it. Now we know we don’t need a fortuitous event related to the sun to measure interstellar plasma,” Chatterjee said.

To send a signal to Earth, it took 22 watts, according to Nasa’s Jet Propulsion Laboratory. The craft has almost 70 kilobytes of computer memory and – at the beginning of the mission – a data rate of 21 kilobits per second.

Due to the 14-billion-mile distance, the communication rate has since slowed to 160-bits-per-second, or about half a 300-baud rate.