Naya Rivera and Jessica Walter were among the stars missing from the 93rd Academy Awards in memoriam tribute on Sunday, April 25, and fans had a lot to say about the actresses’ exclusion.

See What the Stars Wore to the Oscars Red Carpet

“Since the Academy, along with the Grammys, decided yet again not to include Naya Rivera in the tribute section of their three hour long show, we again have to do it for them,” one fan wrote via Twitter alongside a photoshopped in memoriam slide. “JESSICA WALTER OMITTED FROM THE IN MEMORIAM IS A MAJOR OVERSIGHT!” another added.

Angela Bassett introduced the segment, noting that the Oscars wanted to celebrate “the artists who gave us permission to dream, the technical pioneers and innovators who expanded our experience of movie love.”

Rivera was beloved by fans for her work on Glee, but also appeared in movies Mad Families and At the Devil’s Door. After being declared missing in July 2020 following a boating incident, authorities announced she had died at age 33.

Walter, whose illustrious TV, film and theater career spanned six decades, died at her home in New York on March 24. She was 80 years old. 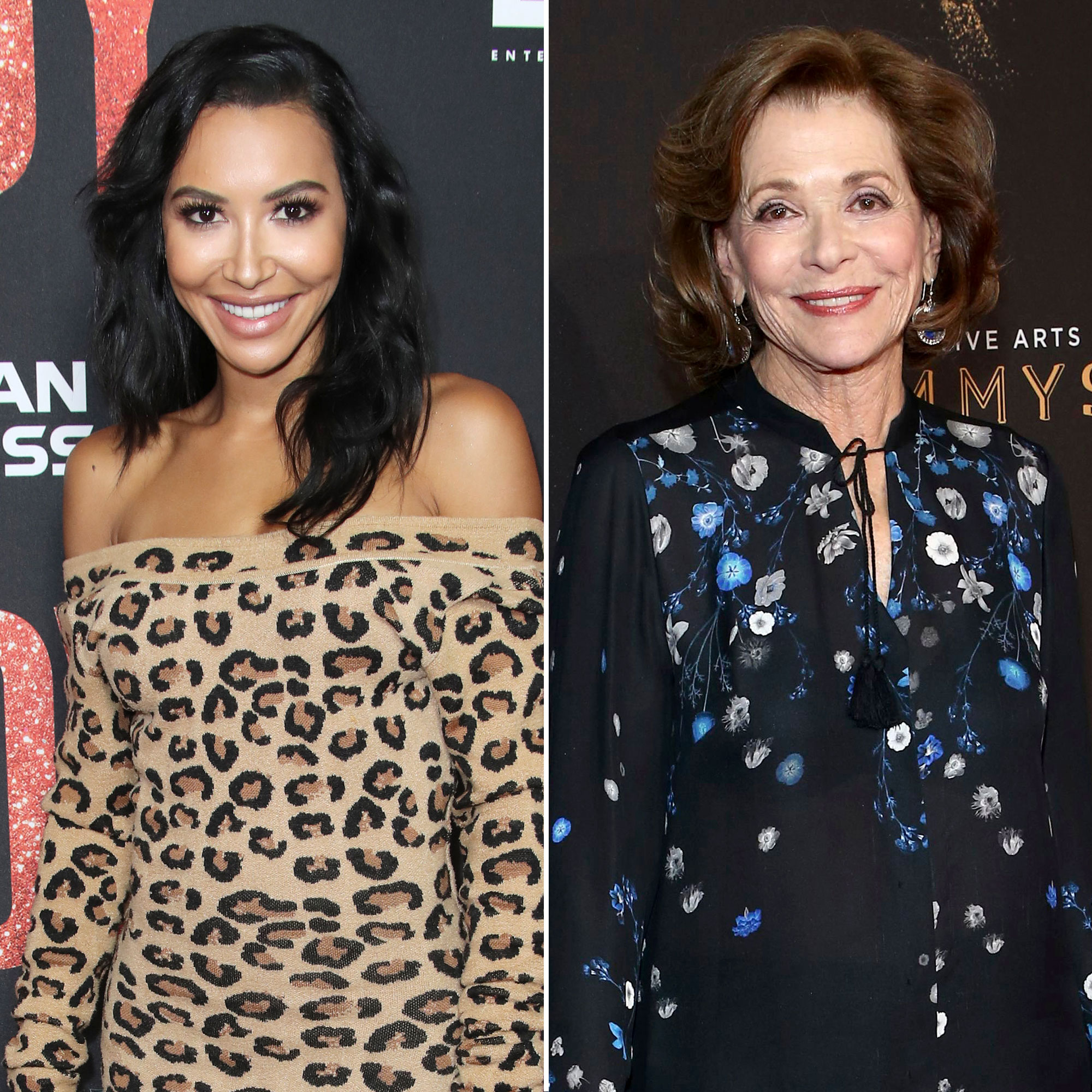 Actress Rachel Bloom also noted via Twitter that songwriter Adam Schlesinger, who died due to complications from COVID-19 in April 2020, was missing from the honors.

“Adam Schlesinger was nominated for an Oscar for writing ‘That Thing You Do!’ in 1997,” the Crazy Ex Girlfriend alum wrote. “I don’t know why he wasn’t in the official In Memoriam segment tonight (especially because he wrote one of the greatest film songs of all time) so I’m honoring him here.”

Fans were also quick to point out that the tribute, which was set to Stevie Wonder’s upbeat “As,” sped along a little too quickly.

“In memoriam is usually kind of one of my favorite parts but this one was all wrong. I miss the pics of people young then old, I miss the audio of someone saying ‘Thank you, I’ve had a wonderful time,’ etc, etc.” Sasha Sagan tweeted.

“It was either a longer in memoriam or ‘Da Butt’ but it couldn’t be both and decisions had to be made,” another user added, referencing the show’s bit where Glenn Close danced to Experience Unlimited’s “Da Butt.”

Last year, after fans were upset over the omission of Luke Perry and Cameron Boyce from the segment, the Academy gave a statement to Us Weekly about why the actors were left out.

“The Academy receives hundreds of requests to include loved ones and industry colleagues in the Oscars ‘In Memoriam’ segment,” the organization said in February 2020. “An executive committee representing every branch considers the list and makes selections for the telecast based on limited available time. All the submissions are included on Oscar.com and will remain on the site throughout the year.”

While Walter and Schlesinger are featured on the website, Rivera is notably absent.