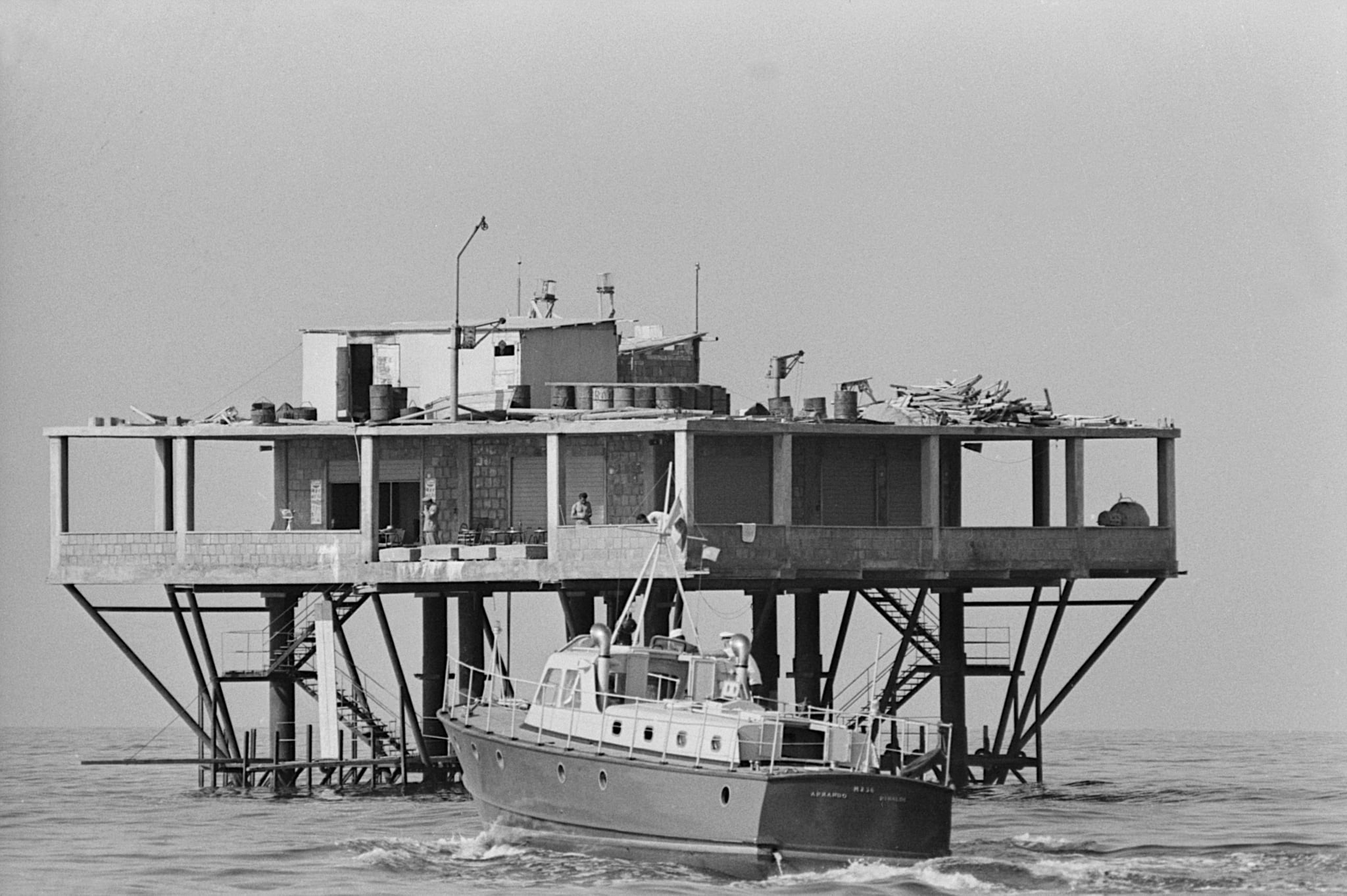 Ever dream of escaping to your own personal island? Netflix’s Italian comedy feature Rose Island tells the story of Giorgio Rosa, who set off to create his own nation that was separate from Italy. Rosa’s endeavor may have been the talk of Europe decades ago, but the bizarre tale has fallen through the cracks as time has gone by — here’s what you need to know about his misadventures.

Born in 1925 in Bologna, Rosa was an Italian engineer. He created the short-lived Rose Island in 1967, designing and financing the construction of a 400-meters-squared platform that was suspended above the Mediterranean with slender pilotis (think support columns). He started with empty pillars, then inserted steel tubes in the pillars, and pushed them into the sea floor, filling them with cement to avoid corrosion.

Rose Island was about 12 kilometers away from the shores of Rimini, just outside of Italy’s territorial waters. Rosa maintained that because the island was on international waters, Italy had no sovereignty over it. Rose Island had its own government, so to speak, with people on it to properly maintain its facilities. Rosa made himself president and declared independence on the “Respubliko de la Insulo de la Rozoj,” which is Esperanto for “The Republic of Rose Island.” The island had people in other official positions as well, including a finance minister, a minister for internal affairs, and a minister for foreign affairs.

While scrappy in appearance, the micronation had amenities such as a restaurant, nightclub, bar, souvenir shop, and post office. For currency, residents used “Mill,” though no known coinage was ever issued. Curious about Rosa’s project, visitors flocked to the island in 1968, the year where there was unrest in the world with the Vietnam War, civil rights protests, and the Prague Spring. But while Rose Island piqued people’s curiosity, it also worried many.

Though it was just a platform in water, Rosa’s project soon raised a red flag for Italian leaders. The Italian government effectively declared war on Rose Island, seeing it as Rosa’s way to raise money from tourists while avoiding taxes. Rose Island had skeptics from all across the political spectrum. Right-wing groups worried that it threatened NATO security by potentially providing cover for Soviet nuclear submarines, while leftists were concerned that Rosa was planning to destabilize operations across the Adriatic and into Yugoslavia and Albania.

55 days after Rose Island’s declaration of independence, the Italians entered on June 25, 1968 with military forces — the carabinieri and Guardia di Finanza — to assume control. On Feb. 11, 1969, the Italian Navy destroyed the platform by detonating explosives on it. Days later, a storm submerged the structure entirely underwater — the fleeting nation now rests at the seabed of the Adriatic. Rosa passed away many years later in 2017. Witness his rebellious escapades unfold when Rose Island officially premieres on Netflix Dec. 9.