New genetic tools to stop koalas, other species ‘going down the drain’

Dozens of Australian species headed for the “extinction cliff” including koalas will have their genomes sequenced to help protect them from threats such as disease and climate change.

A $1 million investment from the NSW and federal governments will kick off the program to assess the genetic variation of hundreds of koalas in NSW, Queensland and northern Victoria. The methods will later be applied to as many as 50 other species ranging from frogs to birds and others at risk. 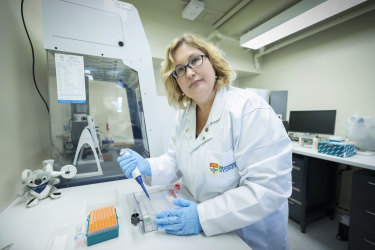 Professor Kathy Belov, Professor of Comparative Genomics at Sydney University, is part of the team that plans to build on the recent sequencing of the koala genome to map the health of the marsupial’s population across eastern Australia.Credit:Brook Mitchell

University of Sydney researcher Kathy Belov, who helped map the first koala genome in 2018, said the aim was not to breed “super koalas” but to identify the genetic strength of populations – such as their resistance to diseases such as chlamydia, or their tolerance to the warming climate.

“We want to get a sense of what diversity’s there, so we can make the best decisions,” Professor Belov said.

An initial batch of genetic material from 400 koalas has already been collected, much of it from ears of animals punched with tracking tags. NSW has 49 distinct populations of the marsupial and researchers want to collect samples for at least 20 animals in each.

NSW Environment Minister Matt Kean hailed the research as “another step in our war to protect koalas”.

“We know koalas are hugely under threat from a range of factors including disease,” Mr Kean said, adding that “we know the biggest single threat to koala populations is the loss and fragmentation of their habitat. So everything else will count for nothing if we don’t protect their habitat.” 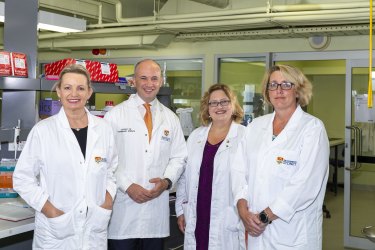 His federal counterpart, Sussan Ley, said the koala genomic sequencing was “breakthrough science that has never been applied to a native species population at this scale”.

Ms Ley said the mapping of genetic diversity of the marsupial would aid future rescue efforts, such as from bushfires or away from other threats.

“What are the secrets that we can unlock in koala genetics that can tell us how, if we move koalas … how we might do it to best effect,” she said. 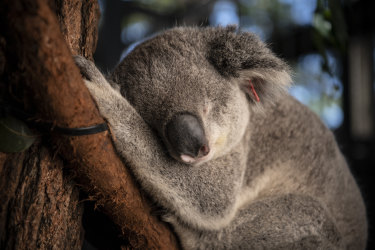 Genetic material will be used to map the key traits of the vulnerable marsupial. Credit:Wolter Peeters

“It requires a significant investment and a large amount of effort to bring a species back from the cliff,” Dr Hogg said. “Koalas are moving towards the cliff face but they are not there yet.”

Dr Hogg is also a leading scientist for the Threatened Species Initiative, a national effort to identify what she described as “non-sexy” species such as frogs, reptiles and other animals that researchers are beginning to sequences genomes for. An initial list of 283 species has been whittled to about 50.

“I have to think about what type of environment the species is going to be living in in a 100 years’ time, and how can I help that species have the greatest evolutionary potential to adapt to a changing world,” she said.

In the past, many species would have adapt to shifts in the climate or from other threats by moving. Land-clearing by humans has made that much more difficult for koalas and other species.

“If you fragment the landscape so badly how are they ever going to retract to those areas of climate refugia that they can expand from?” Dr Hogg said.