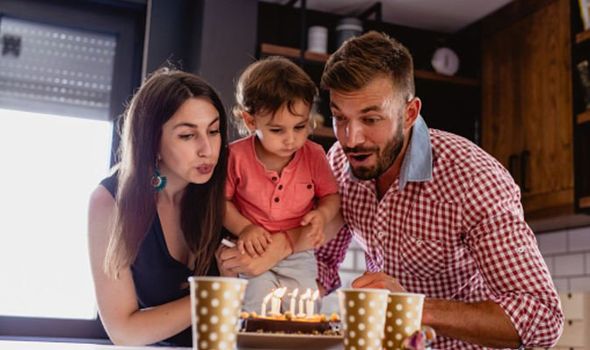 This is more than any other milestone birthday party during childhood despite it being a birthday most boys and girls won’t even remember. In comparison, the average sweet sixteen costs £198, while 10th birthday parties see parents spend £162 and £160 on 5th parties. The poll, of 2,000 parents of children aged 1-18, commissioned by social money app Pingit, found personalised cakes are the most expensive items parents buy for a first birthday party, along with a new outfit for the baby and balloon arches.

Party props, such as a fake snow machine or glitter blaster, a children’s entertainer and personalised party favours also see the budget blown.

However, as lockdown and social distancing measures have caused havoc to party plans, one in five parents would cancel a child’s birthday celebration completely rather than go ahead with a scaled back version.

Just under a third (32 percent) would reschedule so the party could happen at a later date – while 16 percent would attempt a ‘virtual’ bash.

Pingit’s jar function, which allows users to save in up to five ‘jars’ at a time, helps parents easily manage their money and budget for several occasions at the same time – helping them to avoid blowing the birthday budgets.

“And it is clear the UK is spending big when it comes to celebrating their children’s big day.

“Being a mum myself, I understand how much you can end up splashing out before you know it.” 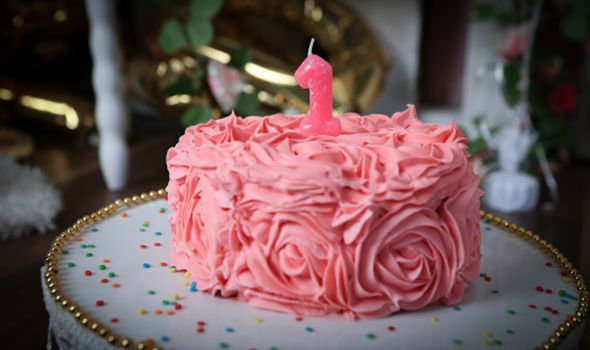 The study also found parents spend an average of three months budgeting and saving in order to pull off the perfect first birthday party for their baby.

But many are split on what they would do as a result of the lockdown.

While a third would keep a tight grip on their budget amid financial insecurity at the moment, 19 percent admit they would splash more cash than they planned to make sure their child has an extra special birthday at home.

It also emerged parents feel under pressure to put on the perfect party from celebrity culture (18 per cent), other parents on social media (30 per cent) and family members (25 per cent).

Before the lockdown restrictions put a stop to their extravagant plans, twenty per cent even tried to copy bashes hosted by social media influencers and celebrities.

Ten percent admitted to throwing lavish affairs to outdo other parents while a further 11 per cent only put on a big party to show off to other family members.

But four in 10 of those polled, via OnePoll, admitted they spend more time stressing about the party than celebrating.

More than a third, however, believe it to be worth the hassle to pull off a party better than another parent in their playgroup.

To help relieve the party planning stress – virtual or otherwise – Pingit has partnered with pop star and mother of two, Jamelia, to help parents plan a memorable and stress-free birthday party.

Jamelia said: “We have all been there, t-minus two weeks to b-day and the party entertainment serves you with an unexpected and early invoice.

“Money, time and nerves are all in short supply in the run up to your child’s first birthday but there are little changes which can make the whole affair a lot more manageable.

“Being busy with work and having to be the world’s number one party planner doesn’t come very easily but if you follow my tips and budget in advance, you can put on a birthday bash without running out of cash.”