Night terrors are most common in children between the ages of three and eight who have a family history of night terrors or sleepwalking. They’re different from nightmares and can cause sufferers to scream, thrash around, and not recognise those comforting them. Night terrors are traumatic for the person experiencing them and the people around them. Express.co.uk chatted to Dr Deborah Lee from Dr Fox Online Pharmacy and dream analyst Jane Teresa Anderson to find out everything you need to know about night terrors, including how to stop them.

What are night terrors?

Night terrors (NT) are a type of parasomnia – these are disruptive sleep disorders that occur either while you are asleep, or during the transition between being awake and asleep.

“Non-REM sleep is deep sleep and from which it is difficult to wake anyone up from a night terror.”

Night terrors are common in preschool children and said to occur between one and 6.5 percent of children under the age of 12. Although NTs can occur in adults, this is much less common.

Dr Lee said: “The most common age range is in those aged five to seven years old. Usually, by age 12, they have ceased.” 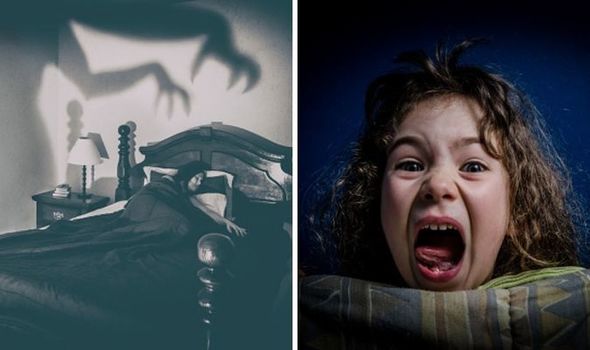 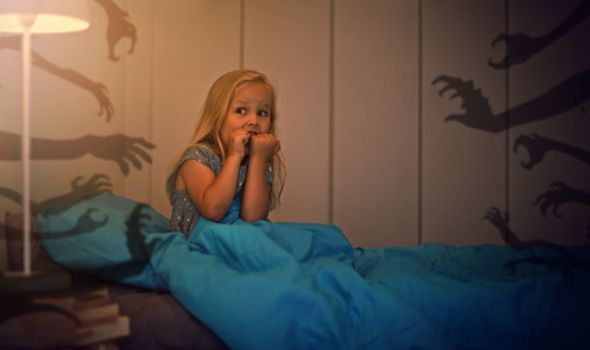 Night terrors can occur more than once per night and when they happen, the person appears to wake from sleep, may jump out of bed, and start screaming.

“They look agitated, with dilated pupils, a flushed face, and a rapid heart rate.

“They may be breathing heavily, sweating, and can occasionally wet the bed.

“It’s impossible to console them, and usually, they do not wake up. They will gradually quieten and go back to sleep. In the morning, the child has no memory of anything taking place.”

Most night terrors last 10 minutes, but some can last up to 40 minutes. 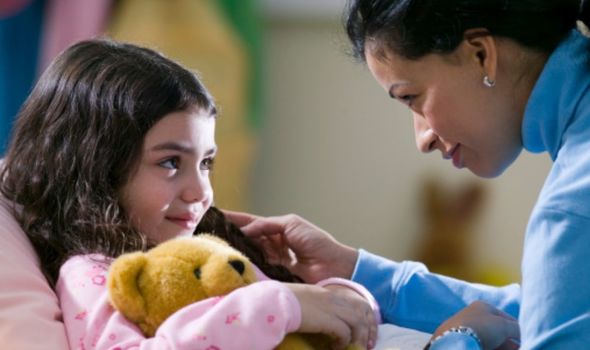 Jane said: “Even though people are scared out of their wits by the images and beasts they encounter during night terrors, this phenomenon does not occur during the REM (Rapid Eye Movement) dreaming phase of sleep.

“This transition normally involves a micro-awakening, perhaps a few seconds, but when that micro-awakening is a little longer, night terrors can strike.

“The person neither fully asleep nor fully awake. Perhaps that in itself may be terrifying enough to cause panic and terror accompanied by scary visions.”

When someone is experiencing a night terror, they’re normally imagining something scary.

Jane said: “Visions usually involve a single scary threat in the shape of a monster, a beast, an animal, or something frightening.

The cause of night terrors is not known, Dr Lee said. She explained: “There may be a genetic link as they tend to run in families. External stress may also be a causative factor.”

“Other factors that are sometimes associated with night terrors include medical conditions such as sleep apnoea, asthma, restless legs syndrome, gastro-oesophageal reflux, depression, and anxiety.” 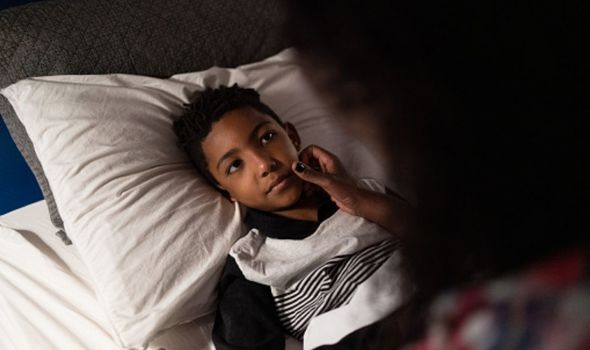 What to help someone experiencing night terrors

Whatever you do, don’t attempt to wake a child from a night terror. Dr Lee said: “Just coax them gently back to bed. It will settle by itself.

“The mainstay of treatment is to make sure the bedroom is safe, so they cannot hurt themselves by accident.

“If you are concerned, start by keeping a sleep diary and recording the details of each attack.”

“More importantly, if the person always experiences the same vision, practical exercises can be given (similar to dream alchemy techniques) to program the person to change the vision into something more peaceful should the night terrors return.”

Are any treatments available?

In most cases, night terrors can be managed at home without seeing the doctor. However, Dr Lee recommends seeing a doctor if night terrors are occurring two or more times per week, or resulting in daytime sleepiness and/or problems with daily functioning.

She added: “You should also speak to a doctor if night terrors develop for the first time in the teenage years or fail to resolve by age 12 to 13 years. Medication is not generally recommended to treat night terrors.”

In one clinical trial (1988), parents were asked to make a note of what time night terrors tended to occur and to wake the child 10 -15 minutes before this.

Dr Lee noted: “In the study, the night terrors stopped within a week and had not recurred one year later.”

This trick could be effective in solving your child’s night terrors.